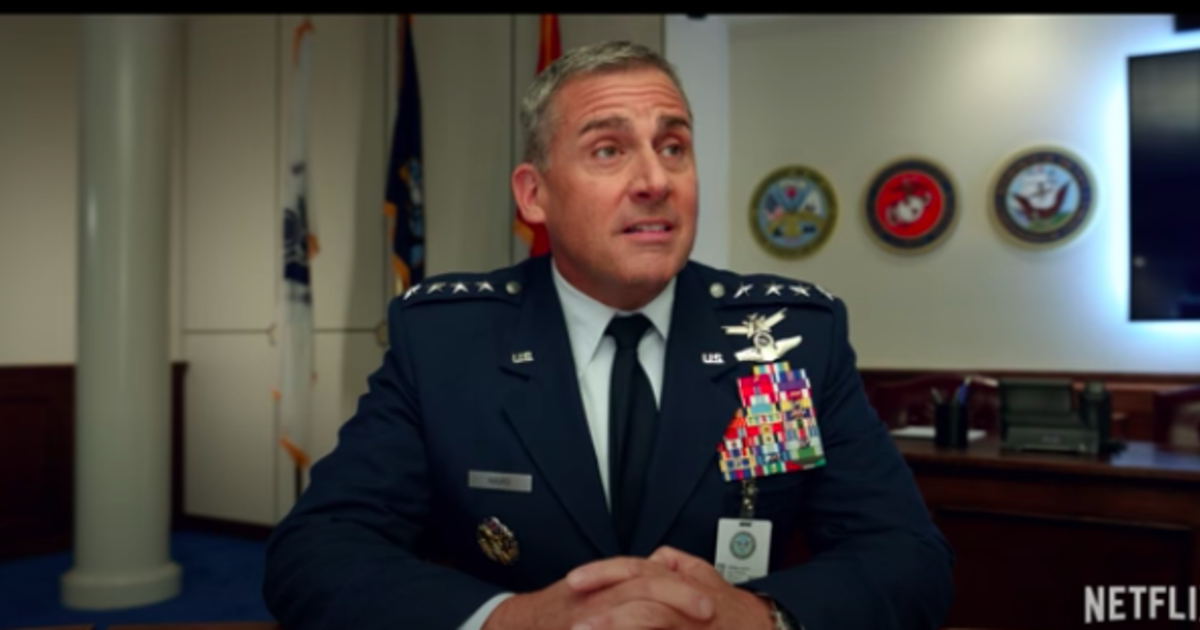 Steve Carell is still trying to be the world’s, and now maybe the universe’s, best boss in the new teaser trailer for the upcoming Netflix comedy series “Space Force.” The trailer shows Carell as a four-star general tasked with starting up America’s “Space Force” — the newly formed sixth branch of the armed forces championed by President Trump in the real world.

The trailer begins with a meeting of military minds at the Pentagon during which top General Mark Naird, Carell, is surprised with his new job as the head of the Space Force.

As the zany trailer continues, Naird does not seem to be taking well to the job.

“He is blowing it, just like you thought,” says one unnamed character on the phone, as Naird passes by in the hallways. Later, Naird watches a massive explosion of a prototype and is told it was worth four new middle schools, “F***” he screams.

And things don’t seem to only be spiraling out of control on the job. Naird’s daughter, played by Diana Silvers, tells her dad while he’s working that she was suspended for giving a teacher the finger.

“Brad, no interruptions for five minutes,” an exasperated Naird shouts before closing his office doors. He then begins a hilarious 25-second rendition of the Beach Boys hit “Kokomo” to calm himself down.

The song continues to play as the show’s all-star cast, John Malkovich, Ben Schwartz, Lisa Kudrow, Jane Lynch and others are introduced. The trailer ends with Naird snapping back into formation after his brief song break.

The highly-anticipated series, co-created by Carell and “The Office” creator Greg Daniels, will drop on the streaming platform May 29. The workplace comedy was picked up straight-to-series early last year by Netflix, according to The Hollywood Reporter.

In reality, Mr. Trump directed the Pentagon to create a sixth branch of the U.S. military in space in June 2018. The Space Force was made official in late 2019 after Congress passed a $738 billion military bill.