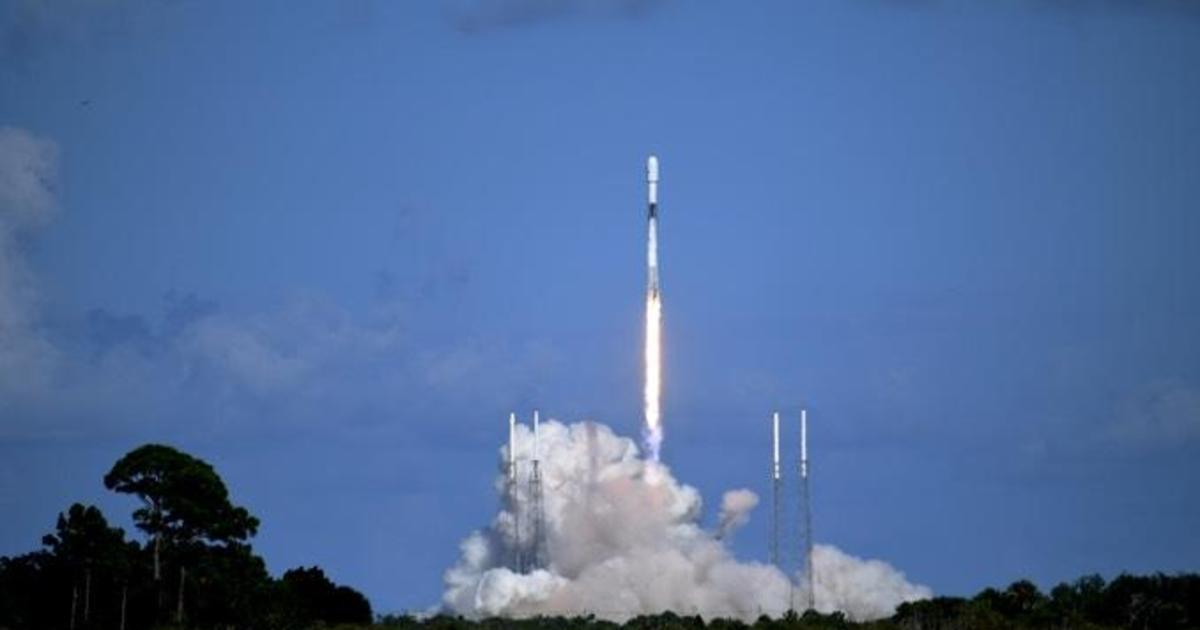 Using the same first stage that helped launch two astronauts on a May flight to the International Space Station, the 229-foot-tall Falcon 9 roared to life at 5:30 p.m. EDT and and raced away from pad 40 at the Cape Canaveral Air Force Station.

The rocket quickly powered through the sound barrier and the region of maximum aerodynamic stress as it consumed propellants, lost weight and steadily accelerated, arcing to the east and out of sight over the Atlantic Ocean.

The first stage then fell away and headed for touchdown on a SpaceX droneship stationed several hundred miles off shore while the second stage continued the climb to space. The engine fired for about eight minutes, putting the vehicle in an interim “parking” orbit as planned.

A second, shorter firing a half hour later finished the job, and the Anasis 2 satellite was released to fly on its own in a highly elliptical “transfer” orbit.

The Falcon 9 booster that helped launch two astronauts to the space station in May completed a second flight Monday with a pinpoint landing on a SpaceX droneship. SpaceX

Communications satellites typically operate in circular orbits 22,300 miles above the equator where it takes 24 hours to complete one orbit. As a result, such satellites appear stationary in the sky, allowing the use of fixed antennas on the ground.

To reach its parking spot in geostationary orbit, Anasis 2, built under contract with Lockheed Martin, was equipped with on-board thrusters to raise the low point of its orbit and adjust the high point as needed, a process that typically requires multiple firings over several weeks. But no details were released about the satellite’s capabilities

In any case, moments after the second stage ended the first of its two firings, the Falcon 9’s first stage touched down on the drone ship “Of Course I Still Love You.”

Monday’s launch was SpaceX‘s 11th flight so far this year, the company’s 91st Falcon 9 launch overall including three triple-core Falcon Heavy rockets. The first stage landing was the 55th overall and the 36th on a droneship.