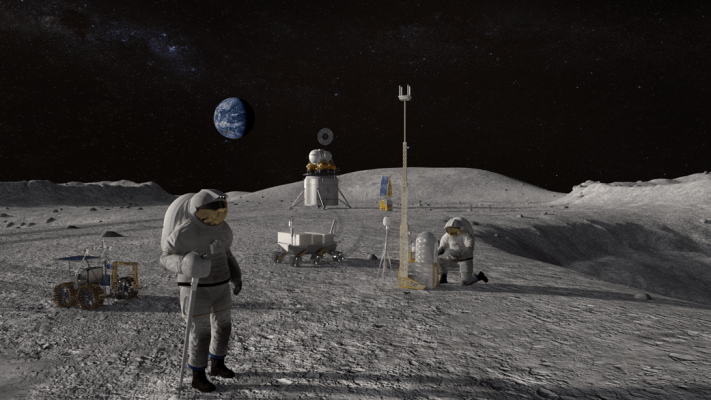 It’s beginning to be a sign of the times: smaller or younger space companies getting acquired by larger entities. Today, the company being acquired is Pioneer Astronautics, which has been bought by Voyager Space Holdings in a combined cash and stock deal. Voyager, which bills itself as the “first space-focused holding company,” now has a portfolio that includes both Pioneer and Altius Space Machines, which it acquired last year.

Pioneer Astronautics was founded in 1996, and focuses on R&D of new technologies related to space exploration. The company’s focus of late has been on sustainable human space exploration, including leveraging materials found on deep-space destinations, including the moon, and turning them into resources that are required for sustained human presence in those places. Pioneer was actually selected by NASA recently to research materials systems for use under the Artemis program, for instance, and it plans to demonstrate how it’s possible to create oxygen for breathable air, and steel for construction, from lunar regolith — essentially the soil analog found on the moon’s surface.

Voyager Space Holdings, which is led by co-founders Dylan Taylor and Matthew Kuta, aims to bring together a number of different smaller new space companies to “increase vertical integration and mission capability,” the company said in a press release announcing this news. There’s definitely an opportunity in the current climate to bundle a number of different more niche and specific services together for the larger players in the commercial space sector, as well as for government and defense clients.

Others appear to be pursuing a similar strategy, with Redwire, a PE firm-created holding company, having recently acquired Adcole Space and Deep Space Systems, along with in-space manufacturing pioneer startup Made in Space. All those acquisitions happened this year, with the Made in Space deal announced in June.

There are a number of factors that point to this being a trend that’s likely to accelerate. First, the current global economic climate is making it difficult for many small businesses to continue to operate independently, particularly in high-cost, long-term return areas like pioneering new technology development. While that is probably driving down acquisition costs for the holding companies long term, the commercial space sector seems poised for growth, driven especially by the renewed global interest in space exploration and science, fueled by public-private partnerships.

For the smaller space companies, this consolidation represents a steady source of funding for ongoing work that’s not dependent on a VC or other capital raise effort. Space is expensive — particularly when you’re trying to do something no one’s ever done before — so it’s logical that they’d look to these kinds of tie-ups as a means to continue their ambitious work.