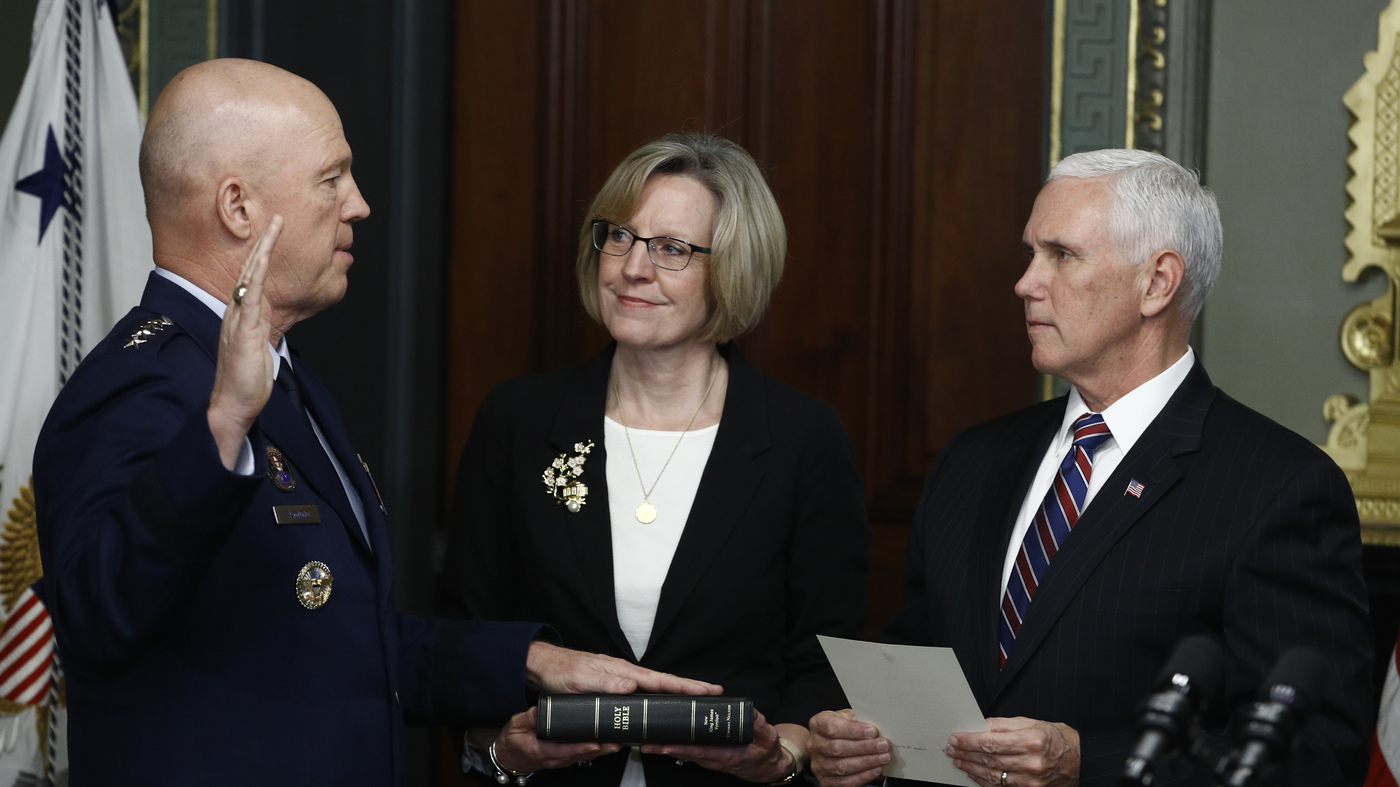 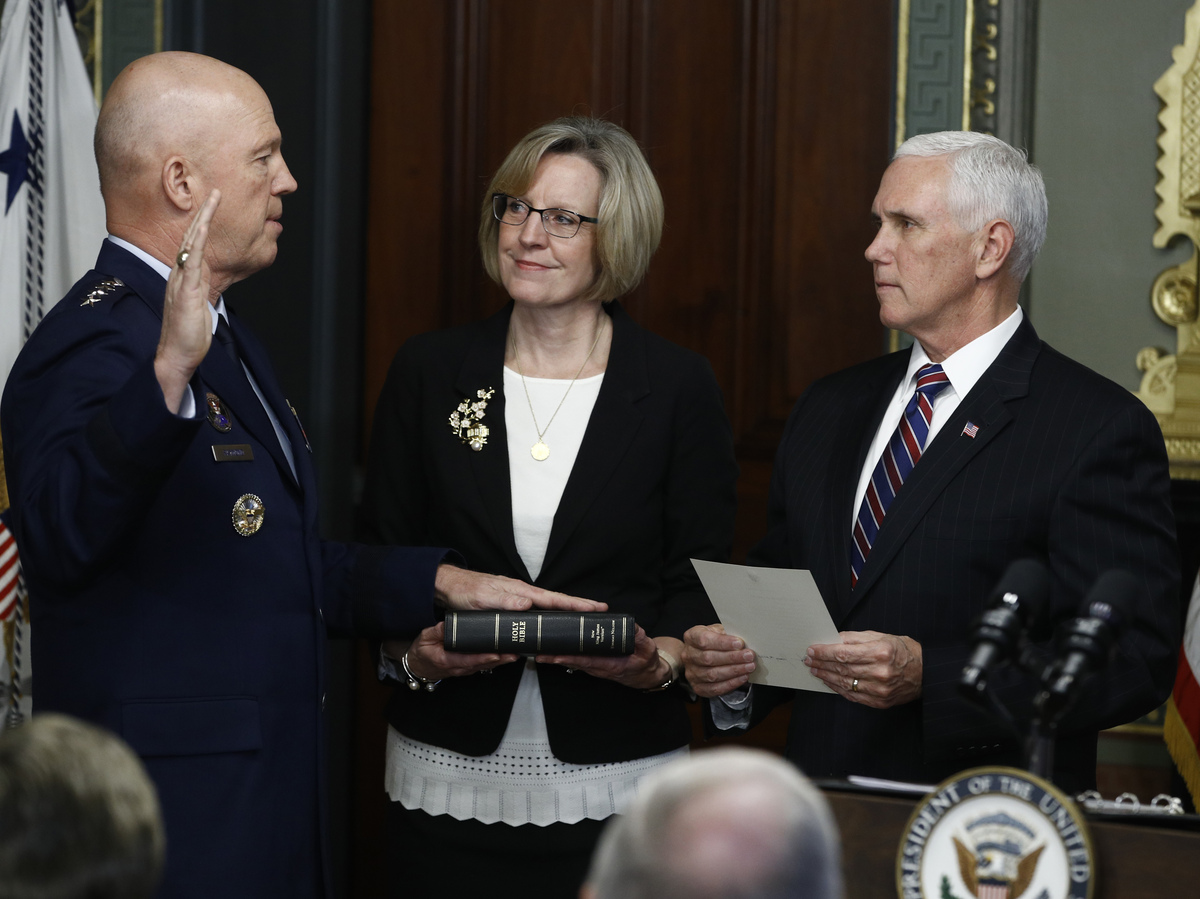 The first newly created branch of the U.S. armed forces in more than seven decades now has its first official member.

Air Force Gen. John “Jay” Raymond was sworn in Tuesday as chief of Space Operations. It’s the top post in what since late last month is the Pentagon’s seventh military branch, the United States Space Force.

With one hand placed on a Bible whose “official” blessing on Sunday sparked sharp criticism, Raymond was sworn in by Vice President Pence at the vice president’s ceremonial office.

“It is President Trump’s belief that the United States must remain as dominant in space as we are on land and sea and the air,” Pence told Raymond before administering the oath. “And your charge is to see to that mission with the United States Space Force.”

The 4-star general, who already wears two other hats as commander of both the Air Force Space Command and the U.S. Space Command, donned his additional new hat with evident enthusiasm.

“Mr. Vice President, we have our marching orders and we are moving out,” Raymond told Pence. “We do not want a conflict to begin or extend into space, we want to deter that conflict from happening. The best way I know how to do that is to do so from a position of strength.”

But at the moment, there are no Space Force troops to command. Most of the 16,000 officers, airmen and civilians who Pentagon officials expect to comprise the new service branch in the next few months would likely be Air Force personnel drawn from the U.S. Space Command, which is to be the Space Force’s operational component.

Congress provided $40 million in the 2020 National Defense Authorization Act for initially standing up the Space Force, which is to operate under the umbrella of the U.S. Air Force, much as the U.S. Marines are part of the Department of the Navy.

Raymond, who will be a member of the Joint Chiefs of Staff, was appointed by President Trump under NDAA guidelines allowing the Space Force commander to serve for the first year without Senate confirmation.

The 58-year-old career Air Force officer has been an outspoken advocate for creating a military branch focused on outer space.

At the Joint Base Andrews ceremony in December where he signed the Space Force into law, Trump exulted over this military reorganization that will become part of his legacy in office.

“Space. Going to be a lot of things happening in space. Because space is the world’s newest warfighting domain,” Trump declared. “Amid grave threats to our national security, American superiority in space is absolutely vital. And we’re leading, but we’re not leading by enough. But very shortly, we’ll be leading by a lot.”

Raymond has preferred to cast the new military thrust into outer space as a collaborative effort with U.S. allies.

“Historically, we haven’t needed to have allies in space,” he told reporters last summer at the Pentagon. “Space was a benign domain, it wasn’t as critical. It is very important today that we have — and we are working very closely with our partners, specifically our Five Eyes partners [Great Britain, New Zealand, Australia and Canada], with France, Germany and Japan.”

“Early in my career as a young captain, I was the commercial space officer for Air Force Space Command,” Raymond told CNBC. “So, I have been steeped in interfacing with the commercial business for many, many years.”

For now, Raymond is creating the new Space Force with a clean sheet, a top-down job that by every indication starts with himself.