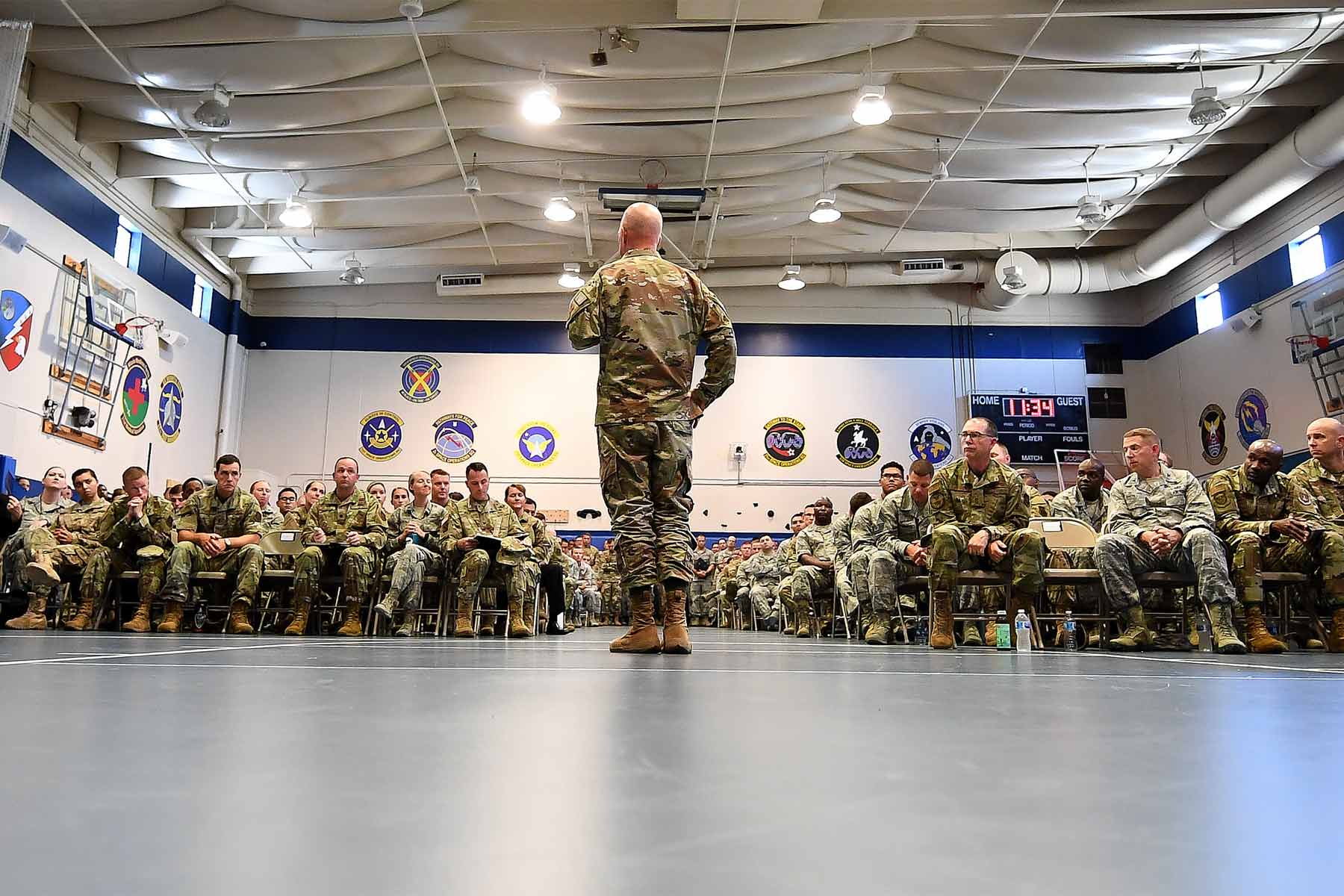 The U.S. Space Force has selected the first active-duty airmen to transfer into the new service.

It announced Thursday that it has chosen 2,410 members within the space operations (13S) and space systems operations (1C6) career fields, who will start transferring Sept. 1.

Read Next: US Backs France in Standoff with Turkey over Warships

“This is an exciting and historic time for these space operators, who will be some of the first members to join the Space Force,” said Lt. Gen. David “DT” Thompson, Space Force vice commander, in a release. “Each one of them has an important responsibility to contribute bold ideas to shape the Space Force into a 21st century service.”

Officials said in June that approximately 8,500 active-duty airmen across 13 eligible officer and enlisted career fields had signed up to move permanently into the Defense Department’s sixth military branch, which is part of the Department of the Air Force. The branch, which was signed into existence by President Donald Trump on Dec. 20, 2019, is currently operating with the aid of 16,000 airmen and civilians detailed temporarily from what was formerly known as Air Force Space Command.

Officials have said that about 6,000 of those temporary personnel will be offered the opportunity to formally transfer into the Space Force by year’s end.

The service currently has only 88 members. They include Gen. John “Jay” Raymond, the chief of space operations and head of U.S. Space Command; Chief Master Sgt. Roger Towberman, the senior enlisted adviser of the Space Force and command senior enlisted leader of Space Command; and 86 new lieutenants who graduated from the U.S. Air Force Academy in April.

The Air Force ran an application program in May. Officials have said there will be windows for the other service members — such as those in the Army and Navy — to apply and join, but news of a limited inter-service transfer will not be announced before next year. Any Army and Navy personnel chosen to move will not do so until fiscal years 2022-23, according to the release.

The 13S and 1C6 career fields are considered “organic space specialties,” officials said Thursday. Those chosen will soon receive messages via the MyPers website on the next steps for their commission or enlistment into the Space Force.

“While most members will execute their transfers around Sept. 1, some members awaiting various administrative processes, such as a pending promotion board, will transfer at a later date when those actions are completed,” the release states. “The actual number of members who complete transfers may differ slightly from the number approved for transfer as members make this personal decision based on their individual and family circumstances at that time.”

For volunteers in these common career fields, transfer boards will be scheduled in coming months, with initial transfers beginning in February 2021.

Should airmen in the organic space fields change their minds or decline a transfer, the Air Force will work with them to apply to transfer into a new career field, move into the Reserve, or apply for separation or retirement, the service has previously said. These members should expect a notification in MyPers later this month, according to the release.

“In the meantime, those members will remain in the Air Force and may be assigned duties in the Space Force,” it adds. “At the end of the transition period, expected to be sometime in 2022, organic space specialties will be removed from Air Force inventory, and assignments in those mission areas will no longer be an option for Air Force members.”

Guardsmen and reservists who are already executing space missions and currently aligned with the Space Force will continue supporting it; officials are weighing how best to incorporate them. A Space Force Reserve component is still being considered.

In June, the Space Force announced how its personnel will be organized, down to the squadron level.

The service will operate with three primary field commands: Space Operations Command (SpOC), which will support combatant commanders with Space Force personnel and capabilities; Space Systems Command (SSC), which will acquire space systems from industry; and Space Training and Readiness Command (STARCOM), which will be responsible for training space professionals, according to a separate release.

In the Air Force, subordinate to its headquarters is the major command, which is then composed of a numbered air force, wing, group, squadron and flight.

The Space Force by comparison will have only three echelons of command: the field commands, deltas and squadrons, officials said.

Other pending Space Force decisions include uniform updates, insignia and a logo design. Officials are also deciding what to call its members.