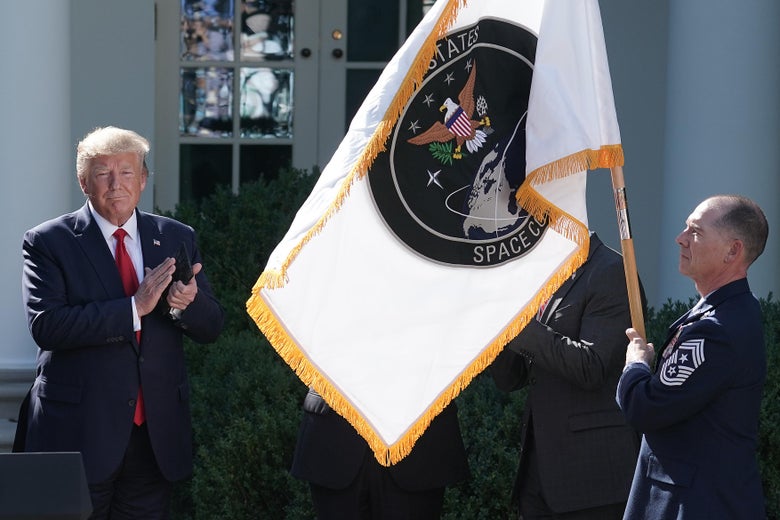 The newest U.S. Military service just unveiled its utility uniform and it’s surprisingly ordinary. A photo of the uniform posted on the service’s Twitter account showed that it has the same kind of woodland camouflage patter that is familiar from the Army and Air Force uniforms. That led to lots of mockery from social media users who wondered why exactly camo was necessary in space. After all, it’s not like the Space Force servicemembers will need to blend in with all the trees in space.

After lots of mockery, the Space Force defended the design, saying that it was using the “current Army/Air Force uniforms” to save money and to make sure its servicemembers “look like their joint counterparts they’ll be working with, on the ground.” That tweet came in reply to someone who tweeted: “Camo in Space? WTF? More wasted tax dollars.”

The Space Force account also replied to someone who wondered why camo was needed in space by saying that it was all about “working with joint partners” and “hence utilizing their uniform.”

While many social media users focused their mockery on the need for camo in space, others said it was actually a smart move if they’ll be fighting in Endor, the home of Ewoks.

Others, meanwhile, blasted the newest service of the military for missing an opportunity to do something bold with the uniform. Ultimately though, the design may not really matter considering it will likely “be a collector’s item” once the next president gets rid of the Space Force, one Twitter user said, noting that “we barely have one space station, no shuttle fleet, haven’t even been to the moon in nearly 50 years.”

Readers like you make our work possible. Help us continue to provide the reporting, commentary, and criticism you won’t find anywhere else.