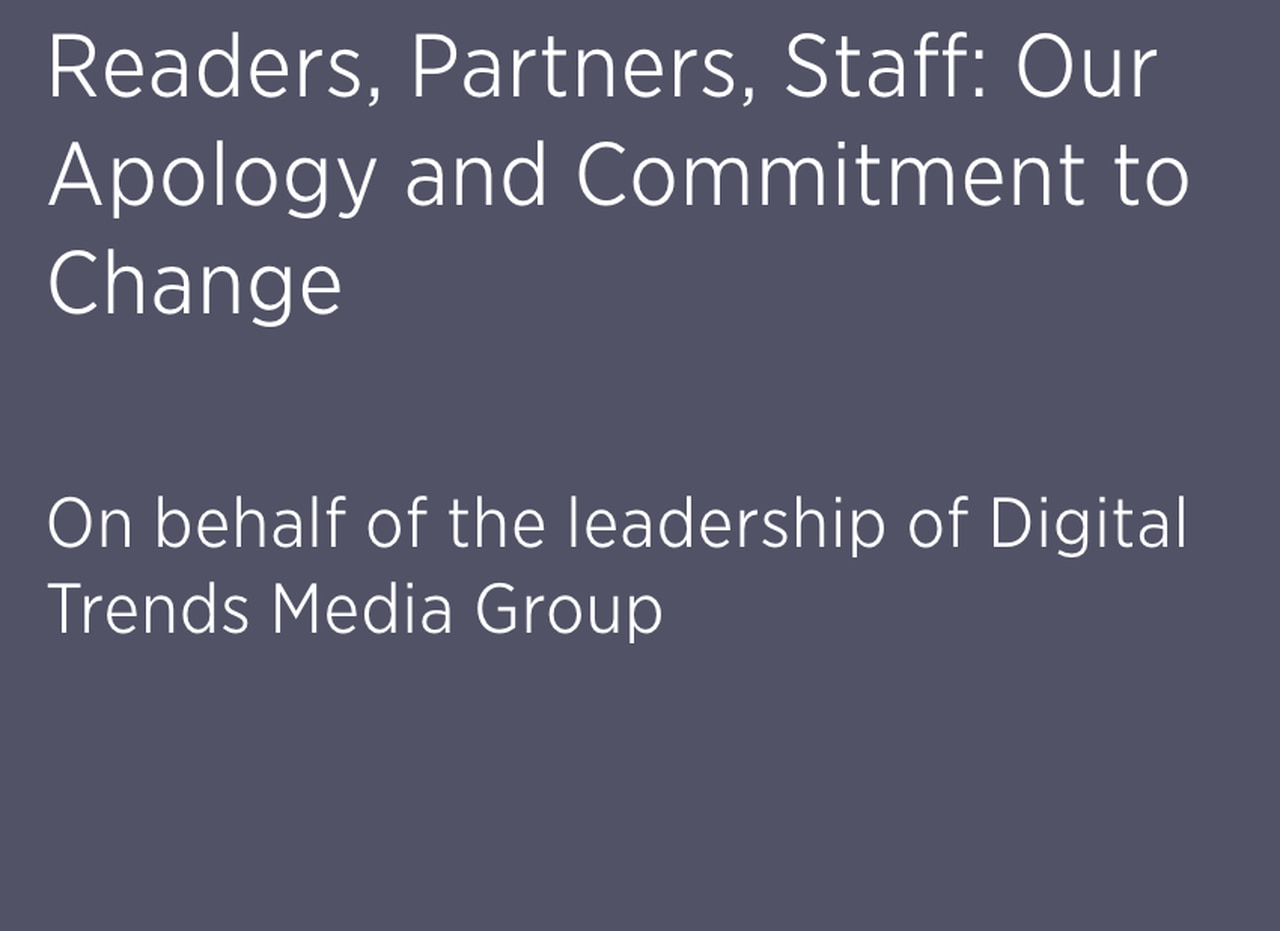 Digital Trends, the widely read Portland technology news site, told its staff and readers Thursday that it has perpetuated a “bro culture” internally that “failed critical voices including women and people of color among our staff.”

Facing an outcry from current and former employees over its corporate culture, Digital Trends pledged to take a series of steps to create a more equitable and welcoming work environment and to correct disparities in pay and staff representation.

“We acknowledge that our apology today is too late and does not right these wrongs. We understand that only by our action going forward can we rebuild the trust that has been lost,” CEO Ian Bell and chief technical officer Dan Gaul wrote in the message, which Digital Trends posted on its homepage.

Digital Trends will publish a public report next Friday on pay racial and gender pay disparities in its workforce, Bell and Gaul wrote. On the same day, they said, Digital Trends will release a plan to “create a workforce that is demographically reflective of our society at large, including senior and leadership positions.”

Over the past week, at least two-dozen current and former Digital Trends staffers have tweeted about sexual harassment, racism and a generally hostile culture. The firestorm ignited when a former editor posted photos of chief operating officer Chris Carlson at a 2018 “Gin and Juice” party at the Portland headquarters.

In the photos from the party posted online and videos viewed by The Oregonian/OregonLive, Carlson appeared with a bandana, black hat and a bottle in a paper bag in front of a poster of graffiti. He appeared to flash gang signs.

Digital Trends apologized for the party in 2018 and Carlson apologized at a three-hour, all-hands company meeting Wednesday. And while Thursday’s statement promises “zero tolerance for racism, sexism or discrimination,” the company said this week that it intends to retain Carlson and offer him an opportunity for “redemption.”

That decision undermined Thursday’s public apology, according to some former staffers writing on Twitter others still with the company.

“I don’t understand why they continue to support this man,” one current staffer said. This person, who asked not to be identified talking about the company, said the decision to stick with Carlson is undercutting Digital Trends’ employees and its business relationships.

“It is as if they continue to support this one person while turning their backs on us,” the employee said. “It is as if they are trying to jump ahead to healing a wound without taking the giant shard of glass out of it first.”

“I don’t think there can be any real change until people at the top, who have manifested and maintained a toxic culture, step down,” former Digital Trends editor Julian Chokkattu tweeted Thursday.

Digital Trends is among dozens of companies facing a public reckoning as the nation faces its fraught racial history in the wake of last month’s death of George Floyd at the hands of Minneapolis police.

In addition to efforts to improve workplace culture and diversify its staff, Digital Trends’ Thursday statement promised to prioritize technology stories related to underrepresented groups. Among other steps, the company said it is committed to minority representation on its board of directors.

“More important than our apology is a commitment to achieving these goals and continuing difficult conversations to move our culture forward,” Bell and Gaul wrote. “We are committed to the future based on lessons from the past as we make Digital Trends a place we are all proud of.”

By retaining the current leadership group, Gaskin said the company is effectively protecting a “brotherhood” who produced the hostile work environment Digital Trends now says it is committed to dismantling.

“No one with a strong moral compass can feel safe or welcome at Digital Trends,” Gaskin wrote in an email Thursday.

Subscribe to Oregonian/OregonLive newsletters and podcasts for the latest news and top stories.

Note to readers: if you purchase something through one of our affiliate links we may earn a commission.