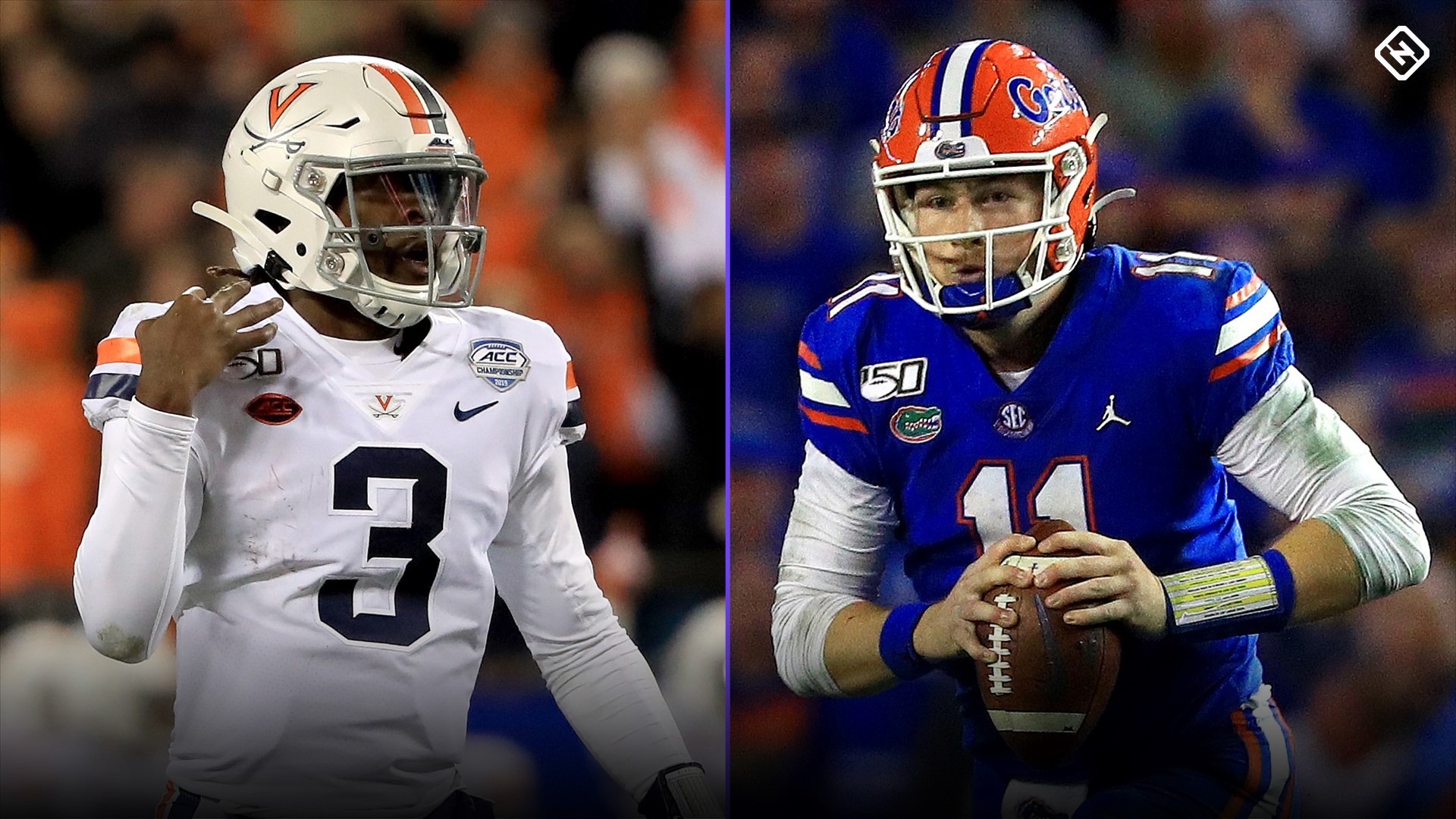 No. 6 Florida (10-2) and ACC runner-up Virginia (9-4) meet in the Orange Bowl on Dec. 30. Game time is scheduled for 8 p.m. ET at Hard Rock Stadium in Miami Gardens, Fla. The game will be nationally televised on ESPN.

Florida enters this game with only two losses to its name, which came by a combined 24 points against top-10 opponents LSU and Georgia. The Gators finished the regular season on a 3-0 win streak, outscoring opponents 119-23 to secure the Orange Bowl bid as the highest-ranked team among the SEC, Big Ten and Notre Dame (that wasn’t already tied in to the Rose or Sugar bowls).

With that, Sporting News offers an early preview for the Orange Bowl between the Gators and Cavaliers:

Florida is a 14.5-point favorite according to Sports Insider, a point higher than the 13.5-point open in favor of the Gators.

— The Gators are 6-3 this season against the spread when favored, winning by an average margin of 25.9 points. The Cavaliers are 1-3 as the underdog.

Florida has 46 sacks this season, ranking first in the SEC and fifth in FBS. That attack is led by Jonathan Greenard, who has a team-leading 15 tackles for loss and 9.5 sacks. The Cavaliers have given up 38 this season (2.9 per game), bad enough for 11th-most in college football. They’ll need to stymie that pass-rush if they want to have any chance of winning.

One way the Cavs can offset Florida’s pass rush is with Perkins’ rush ability. He has 745 yards and 11 touchdowns this season, which Virginia can use to take advantage of an aggressive blitz scheme. Florida might want to keep one man to spy Perkins to keep him from breaking long runs.

Virginia’s trio of linebackers Charles Snowden, Zane Zandler and Jordan Mack have combined for 231 tackles, 29 tackles for loss and 16.5 sacks. If they make life difficult for Florida’s trio of running backs Lamical Perine, Dameon Pierce and Emory Jones (1,034 combined yards and 12 touchdowns), it could be up to quarterback Kyle Trask to lead the Gators’ offensive attack.

Trask has completed 213 of 315 passes for 2,636 yards and 24 touchdowns to six interceptions. He’ll face a Virginia secondary that has allowed an average of 228 passing yards per game while giving up 22 passing touchdowns. The Cavs will need to force a few turnovers to limit the Gators’ scoring opportunities, particularly in the passing game.

Virginia will score a touchdown on the Cavs’ first offensive series, which includes at least one big run from Perkins. Florida will settle in after that, allowing the Cavs past midfield on each of their next two drives without a score. Trask will get Florida on the board late in the first quarter, and the Gators will take a touchdown lead into halftime. It will be all Gators from then on, as the defense keys in on Perkins and Trask leads multiple scoring drives.