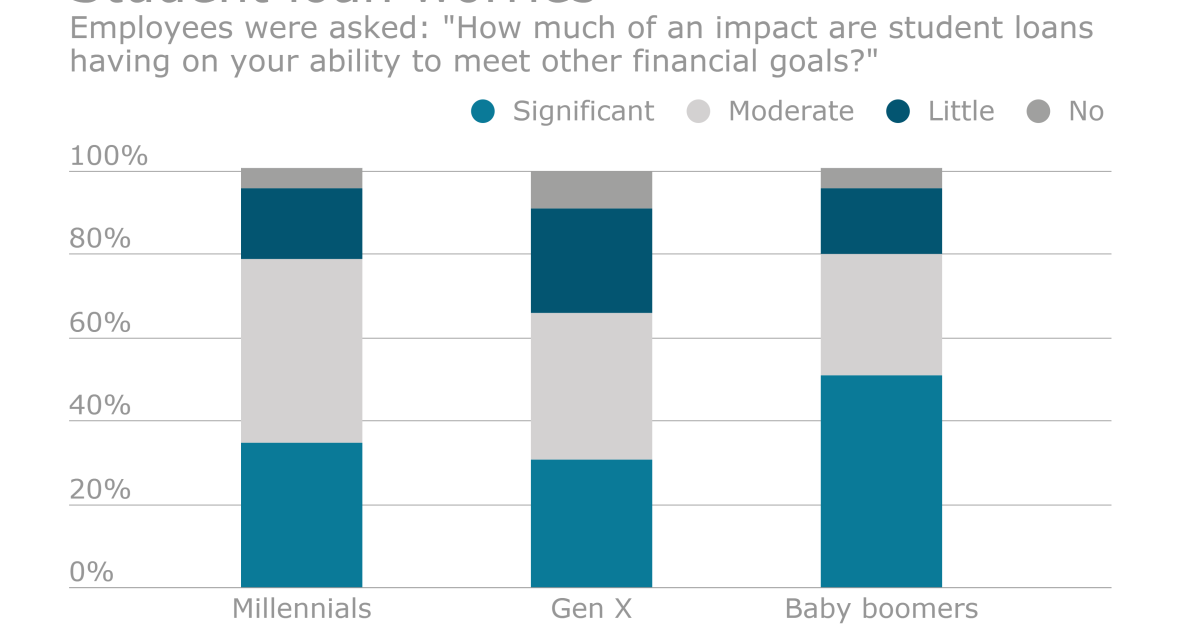 Picture a bevy of meaningful employee benefit offerings that largely fall under the financial-wellbeing umbrella and a sunny forecast may be in store for 2018, predict several industry leaders and practitioners. 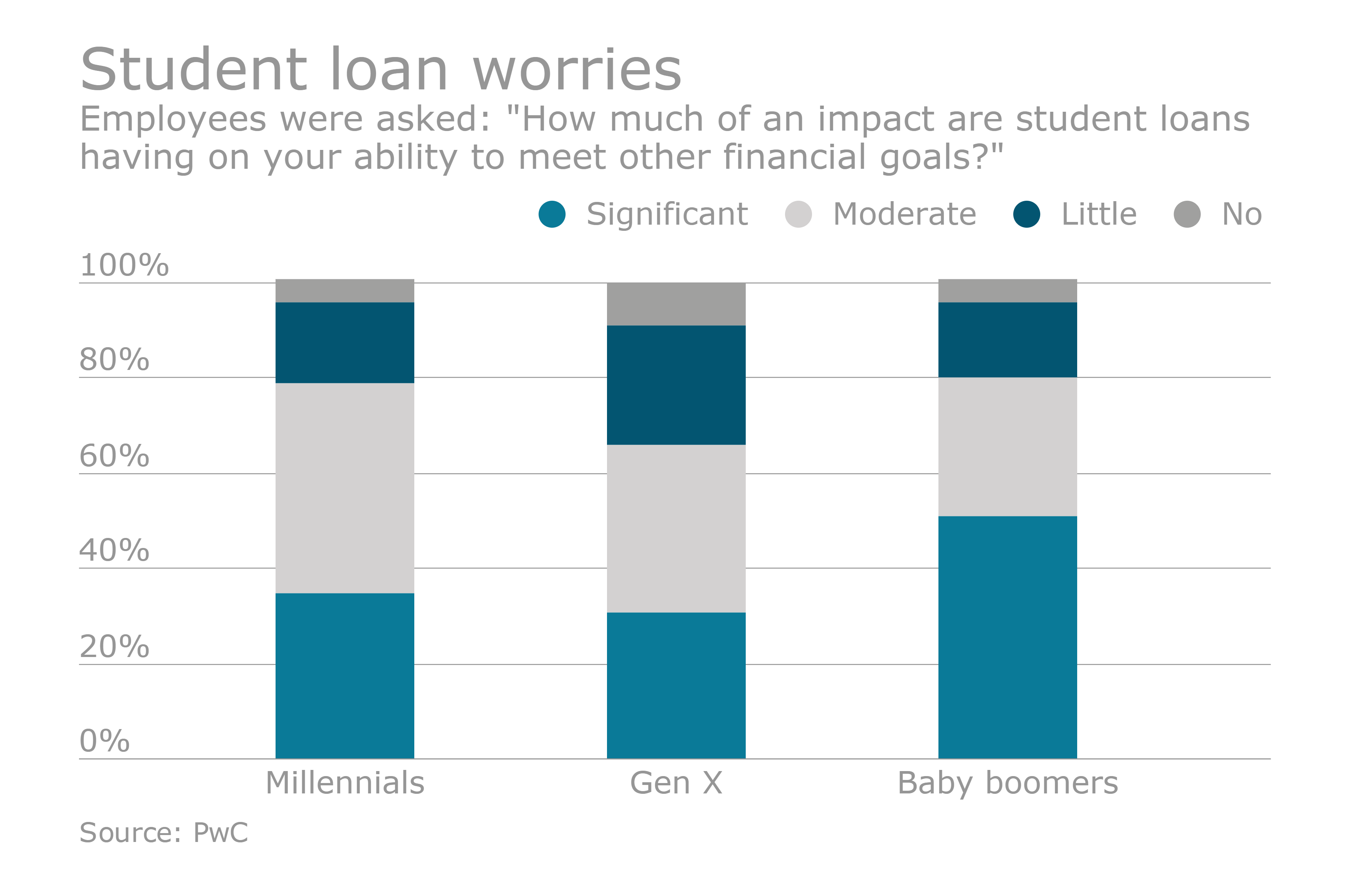 The need for a more holistic view of financial security in the workplace is so critical that the industry’s premier benefits researcher, which was founded nearly 40 years ago, hopes to finally establish a beachhead for this hot topic. While the chief target appears to be younger employees who are faced with enormous debt from student loans – a related key trend – the benefit is said to have wide appeal. It also dovetails into yet another major development, which is the long-simmering convergence of healthcare and retirement benefits.

Consider how and why the benefits landscape is shaping up this way:

Evren Esen, research director at the Society for Human Resource Management, notices that more organizations are offering programs that help employees with their finances. Roughly half of the SHRM members polled in the latest annual employee benefits survey she has overseen for the past decade say they offer investment planning, 48% offer individual retirement planning and 44% offer retirement-preparation advice. One noteworthy development is that financial advice of any type increased to 49% from 37% five years ago, Esen says.

The issue resonates so much that the Employee Benefit Research Institute hopes to open a financial wellbeing research center in response to this trend, with backing from a critical mass of organizations. More rigorous data collection and surveys on financial wellbeing priorities will not only deepen employer understanding of critical issues in the space, according to Harry Conaway, EBRI’s president and CEO, but also help them attract and retain top talent. One challenge is that there’s no agreement or consensus about how to even measure this area, he cautions. 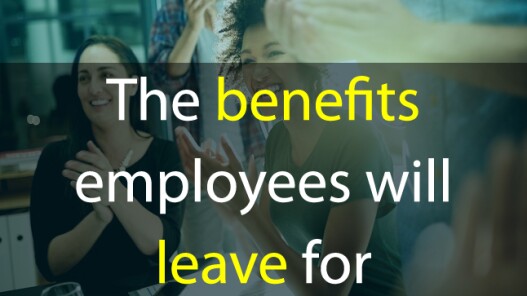 11 benefits that tempt workers to leave

Employees say they are likely to move to a new employer for perks such as flexible schedules, bonuses and paid leave.

“I think financial wellness is huge,” says Sylvia V. Francis, total rewards manager for the Denver-based Regional Transportation District who’s also a member of SHRM’s Special Expertise Panel. To capitalize on that benefit trend, RTD this year began offering money management expert Dave Ramsey’s Smart Dollar program, which has helped some participants pay off more than $60,000 in debt. It costs RTD about $125 per employee per year, which Francis deems well worth the investment “because financial upset causes a lot of problems in the workplace.”

While these programs often appeal to older employees, Francis believes millennials also crave this knowledge because many of them would like to retire in their 60s and may be more financially savvy than their elders think. After the Great Recession of 2008, she says many of them saw their parents struggle and would like to learn how to hold onto their money. There’s also a growing sense of pragmatism whereby she believes many of them are electing to attend less expensive community colleges to load up on prerequisites before transferring to a four-year college.

“More employers are looking at how they can help employees deal with student loan debt,” reports Jim Klein, president and CEO of the American Benefits Council. He believes the issue has crossed into the public policy realm because it’s imposing on the ability of younger employees to participate in a 401(k) plan or deepen that commitment.

It shows just how many components to financial security there are beyond having adequate funds in a retirement plan, according to Klein, who also points to the importance of disability insurance and long-term care. Together, he says they’re part of a much larger tapestry requiring a more holistic view of benefits from a recruitment and retention standpoint.

One idea Klein says is being considered on Capitol Hill is for employers to contribute into a retirement savings plan an amount that would match what employees pay each month in terms of their student loans. “It’s indicative of thinking in creative ways about how to not only help people with their student loan debt, but also see the value of retirement savings,” he says.

While Francis sees student loan reimbursement programs gaining traction even among smaller companies, she offers up a caveat. “We’re finding that millennials, and to a lesser extent, Generation X, don’t stay with jobs as long as boomers do,” she says. Therefore, employers will need to assess whether the looming threat of turnover is worth the cost of providing this benefit.

Only 4% of SHRM benefits survey respondents provide student loan repayment programs. “It’s not something I would anticipate that organizations across the board would necessarily take on, even over time, just because it is a high-cost benefit and it really has to fit with the organization’s strategies,” Esen predicts. She says the benefit appears to be confined to the finance and tech sectors, as well as larger employers.

By postponing the proposed 40% excise tax on Cadillac-style health plans under the Affordable Care Act, lawmakers preserved a competitive balance in tight labor markets, observes Doug Hessel, a partner with Johnson & Dugan Insurance Services Corporation, which is part of the United Benefit Advisors network of companies.

Many of his clients are based in the San Francisco Bay Area where it’s difficult to keep up with Google, Apple, Facebook and others. As a result, he says they’re more comfortable about moving forward with augmenting their plans, including health reimbursement accounts and medical expense reimbursement accounts. “The gold-plated or platinum-plated types of plans are alive and well in our market,” he reports.

4) Convergence of healthcare and retirement

Another way employers are thinking about employee benefits in a more unifying way is to use health savings accounts to pay for healthcare needs in retirement. Klein says it reflects a need to be “more vigilant about monitoring investments or seeking investment options with lower fees in light of a lot of the increased scrutiny around the fiduciary issue.” There also could be more opportunities within a retirement savings plan to provide for healthcare needs, with Klein citing the idea of retiree healthcare accounts within 401(k) plans or more favorable tax treatment for investments made in lifetime-income products.

Conaway is anticipating regulatory or legislative clarification on whether certain pro-retirement plan designs and features are acceptable. Examples include a stretch match, which raises up to 12% the threshold for matching deferred pay, and changes to preretirement distributions aimed at reducing so-called leakage. He believes “handholding guidance” from the IRS, Treasury and Labor Departments or in any tax-reform bill will encourage employers to pursue more aggressive strategies to boost retirement savings. Such action also would enjoy bipartisan support, he notes.

An emphasis on healthier living dates back about five to seven years in SHRM’s annual benefits survey, according to Esen. “There is an increase in wellness-type of benefits,” she reports, noting a desire to manage rising healthcare costs as the primary motivator.

Nearly a quarter of participants in SHRM’s latest benefits survey plan to increase their wellness benefits, whose percentage Esen said was a higher than other categories such as professional and career development, flexible work schedules, retirement and family-friendly policies. One unusual offering, workstations that allow people to stand, soared to 44% from just 13% in 2013 when the data was first tracked. While only 7% of organizations offer meditation and mindfulness programs to help reduce stress, Esen expects the number will grow.

Francis notes a movement toward more flexibility in the workplace. One key component includes a “9/80” schedule featuring nine hours a day for the first week and then nine hours for four days that amounts to an extra day off every other week. She believes these compressed workweeks largely appeal to millennials and startups.

“I think companies that are sort of died in the wool, blue chip or like us, transportation, have to change their mindset” about flexible schedule to compete for talent, Francis says. The thinking is that employees can work just as hard or harder at home, Starbucks or wherever they might be than those in an office. RTD employs about 3,000 people.

More employees are expecting greater flexibility in their work schedules, Esen says. Telecommuting on an ad hoc basis rose to 59% in 2017 from 45% in 2013, while flextime benefits have remained stable during that time frame at 57%. The number of companies offering a compressed workweek, however, fell to 29% this year from 35% in 2013.

Francis predicts more paid leaves of absence related to maternity and paternity benefits as part of a more family friendly approach to recruitment and retention. This can come in handy for employees who haven’t been able to accrue six to 12 weeks of paid time off. However, she cautions that the arrangement can cause problems in other areas. For example, what happens to employees who are diagnosed with cancer?

Another challenge for employers is complying with local or state mandates for paid leave, which Francis describes as “a nightmare” scenario for multi-state employers. She lauds SHRM for advancing the notion of mandated paid leave at the federal level so that it supersedes the regulatory patchwork that ties the hands of these larger employers.

Hessel believes broker commissions will continue to be squeezed in the small-group health benefits marketplace — and rightfully so. “If the premium is going up, why should brokers get increases for not doing increased work for their clients?” he asks. A fee-based approach that includes a strategic scope of services better defines the deliverables timeline and makes for a more rewarding client relationship, he adds.