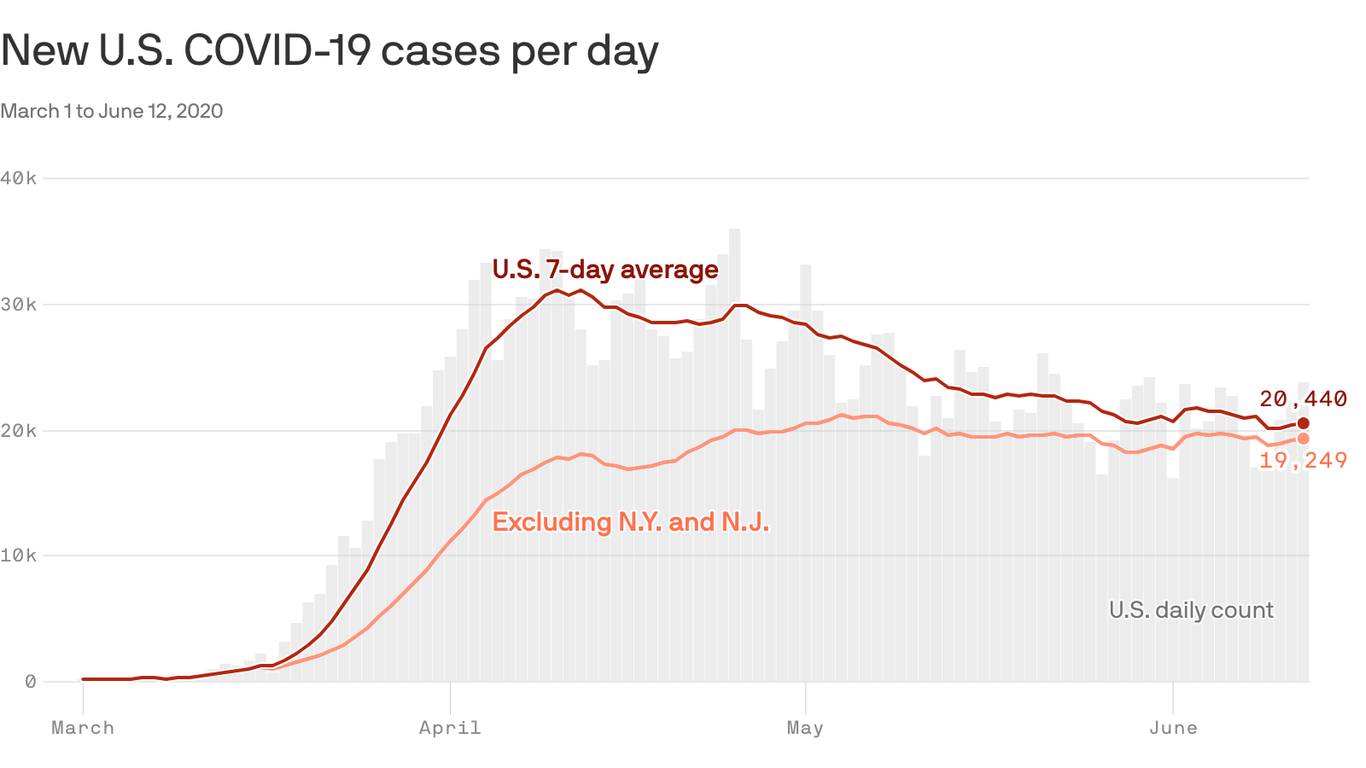 Why it matters: The country’s hardest-hit region is getting better, and while that’s obviously a good thing, it shouldn’t provide a false sense of security for other regions, many of which are seeing new cases rise sharply.

The big picture: Take New York and New Jersey out of the picture, and the U.S.’ coronavirus cases aren’t going down. They’re holding steady, or slightly increasing.

Yes, but: The virus is everywhere now. Improvement in New York doesn’t ensure the outbreak is under control anywhere else.