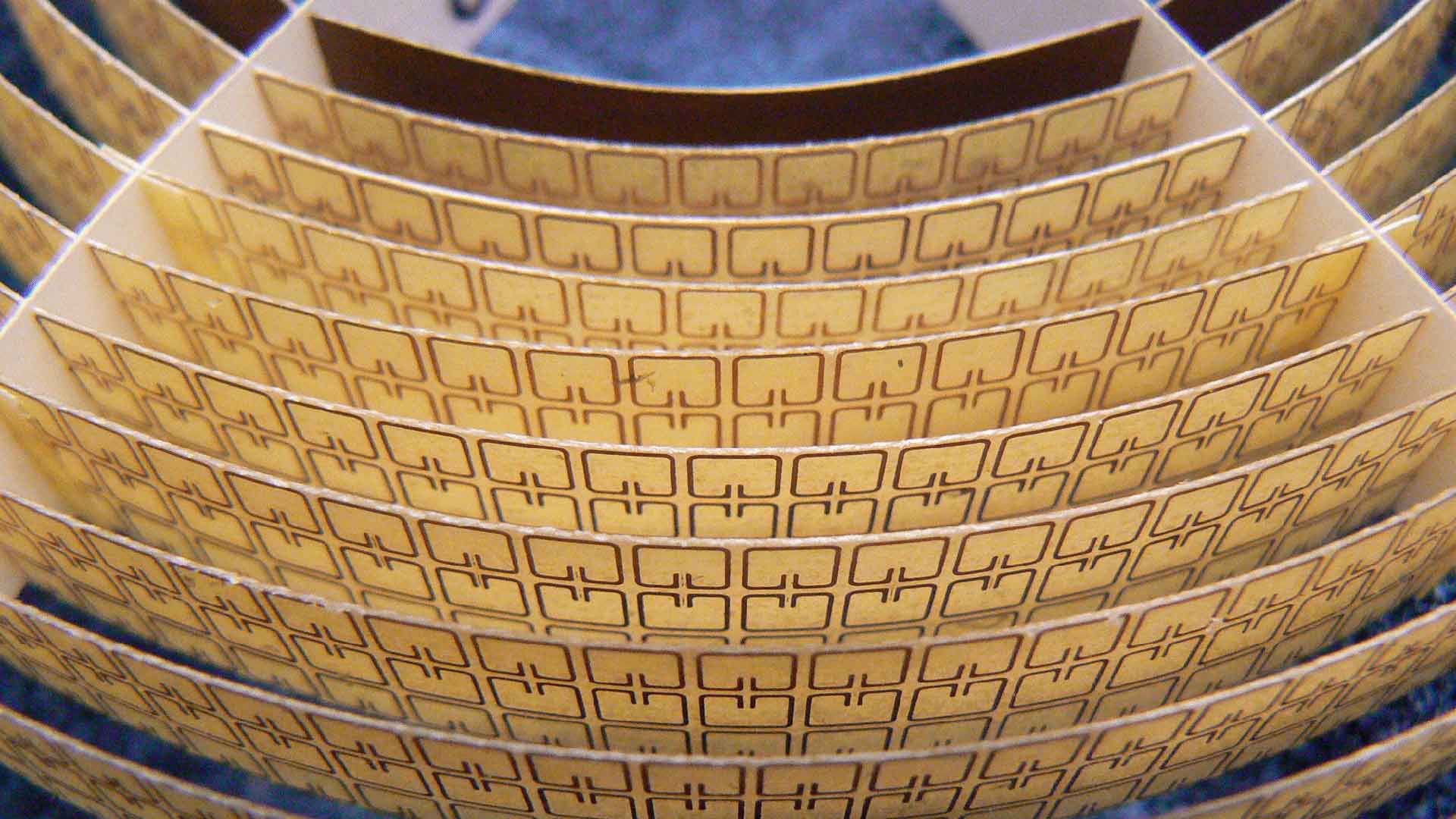 The metamaterials team chose to pursue antennas first because one of the largest driving forces in global development over the past 50 years has been the sweeping improvements in communications.

And people are never satisfied with the speed of their internet.

Looking at the landscape, the team recognized one glaring need for new and improved communications technology — satellite connections on moving objects. When satellite TV was new, heavy, car-sized dishes were posted unattractively in backyards and on rooftops to connect to a signal coming from somewhere above the Earth’s equator. With the advent of greater bandwidth and better electronics, those behemoths gave way to plate-sized dishes — still ugly, and requiring a technician to aim properly.

But platforms without the luxury of being stationary, such as ocean freighters, still carry equipment more akin to the original technology. Perched on top of many ocean-faring vessels is what amounts to a giant, cumbersome satellite dish on an omni-directional pivot called a gimbal.

There is one alternative, but only the Pentagon can afford it. A phased array is basically a satellite dish with many tiny antennas inside. Rather than moving the dish, the electric properties of the individual antennas can be reconfigured to “point” the dish in different directions to maintain satellite connectivity. While this technology is used on vehicles such as military aircraft, it’s hugely expensive and requires an unruly amount of power.

A cluster of small, tunable devices is also a pretty good description of a metamaterial.

“It turns out that a metamaterial architecture can create the same functionality as a dish or a phased array, but with a much simpler design,” said Smith. “Just by being a little bit more clever, you can make something that is much lower in cost, similar or even better in performance, and with a very low power draw.”

A metamaterial satellite antenna company called Kymeta was born out of this idea in August, 2012. With Nathan Kundtz, a recent Duke PhD graduate from Smith’s lab, leading the way, it did not take long for the company to produce a working prototype. In 2017, Kymeta launched its first commercial product, the mTenna — a flat-panel satellite antenna about the size of a stop sign that can replace maritime communications technology. It doesn’t need a gimbal, either. It’s mounted on any solid surface of the ship.