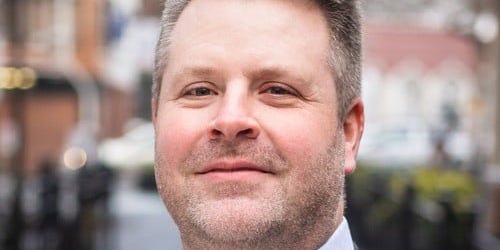 Staffers at the tech website Digital Trends are calling for two of the site’s top executives to resign, alleging there’s a toxic culture and pointing to previous allegations of racism and a settled sex-discrimination lawsuit.

Digital Trends last week posted a photo on Instagram in response to Black Lives Matters protests, saying, “We stand with those who are grieving from systemic violence and oppression.”

Former employees responded by posting photos on social media from a 2018 “gin and juice”-themed company party, including a photo of Chief Operating Officer Chris Carlson dressed in a white T-shirt and bandana and holding a drink wrapped in a paper bag. Dozens of current and former staffers tweeted that he was dressed as a racial stereotype and shared stories describing a hostile work environment, saying the party represented broader culture concerns at the company.

Here is an example of a tweet from a former staffer that was widely circulated:

Staffers also circulated documents from a 2010 sex-discrimination lawsuit a former employee filed against the company that was later settled.

On Tuesday, a staffer emailed leadership to call for the resignation of Carlson and Chief Revenue Officer Bob Gruters, and a version of the email circulating among staff for their signatures is expected to be sent to leadership on Monday.

“Anything short of these demands is effectively justifying their behavior and is unacceptable,” said the email, which Business Insider obtained.

“The response to me says that they are still not understanding what the problem is,” the person said. “It feels like a weak attempt to show the public that they’re trying to do better versus showing people internally.”

A spokesperson for Digital Trends provided this statement to Business Insider after publication: “We’ve owned up. We need to do better. We’d rather have direct communication with our employees, and we’ve already started making changes. The company has not been tone deaf to any of this. We’ve come up with a game plan with deliverable dates. The real mission is to demonstrate that we want to make changes that people are asking for. It cannot happen overnight and we want to make these changes happen.”

Digital Trends is a 14-year-old technology news site with about 130 employees between its Portland, Oregon, and New York offices. The company says it has 30 million monthly unique visitors and reaches 100 million with its distributed content.

As protests and calls for racial justice have grown after the killing of George Floyd and others, a number of media and other companies have been examining their own issues of racial insensitivity and lack of diversity. Bon Appétit’s editor in chief and a top executive at Condé Nast have resigned after homophobic and racist tweets surfaced online, according to a Business Insider investigation published Tuesday. The editorial page editor of The New York Times resigned on Sunday amid controversy over a US senator’s op-ed calling for the US Army to be deployed at protests.

Digital Trends’ management held a three-hour meeting Wednesday, during which CEO Ian Bell and Carlson apologized and Bell addressed the settled lawsuit, a staffer who was on the call said.

The company also published an apology on Thursday and committed to seven initiatives, including publishing quarterly progress performance indicators and requiring sensitivity and inclusion training.

The company also answered anonymous questions from staffers during the Zoom town-hall meeting, which were submitted in advance through SurveyMonkey. According to screenshots viewed by Business Insider, one asked: “If white males have to worry about their jobs at Digital Trends now as it sounds that only disproportionate diversity is the only option moving forward?”

Another asked: “If you are a white man killed by a minority, is that a Hate Crime?”

To the six current and former staffers who spoke with Business Insider, the steps the company took this week weren’t enough.

“I believe that there has been no sign until maybe yesterday that any changes have been made in relation to that party and his actions,” a current staffer told Business Insider.

“We’re unhappy,” another current staffer said. “Their decisions all prove that they should not be leaders.”