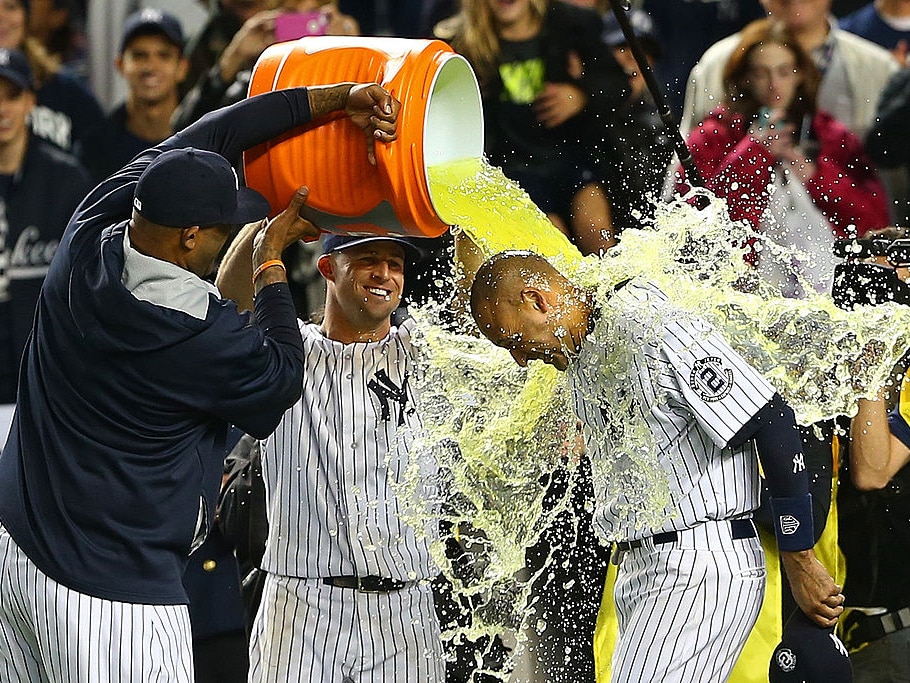 More and more Americans are ditching sports drinks for bottle or tap water due to health and wellness concerns, and that doesn’t bode well for beverage maker Pepsi.

Gatorade, the company’s key sports drink, has been a drag on business and Jefferies sees potentially unfavorable secular and competitive headwinds going forward.

“Our Jefferies Spring 2018 US Beverages Survey reflects the troubling trends for PepsiCo in the US sports drinks category,” Jefferies analyst Kevin Grundy wrote in a note to clients. “FY18 will be a year of course-correction.”

US sports drinks are losing market penetration. Just 38% of the target market is drinking them compared to 43% in Fall 2017, according to Jefferies’ Spring 2018 US Beverages Survey. The frequency of sports drink consumption is declining by about three-to-one, and 38% of those drinking fewer sports drinks said health and wellness concerns influenced their change in habit, the survey found. Around 55% of respondents chose bottled water as a substitute.

Pepsi is also seeing lower brand loyalty for its Gatorade drink as new competitors join the market. In particular, sports drink BodyArmor, which has been backed by Kobe Bryant, poses a threat to the Gatorade brand. Grundy estimates BodyArmor will increase its market penetration from 5% to 8%-18% over the next five years.

Grundy lowered his price target to $96 from $105 and wrote, “Do not see recent pullback as a buying [opportunity].” He maintains his “hold” rating.

PepsiCo is down 18% this year. 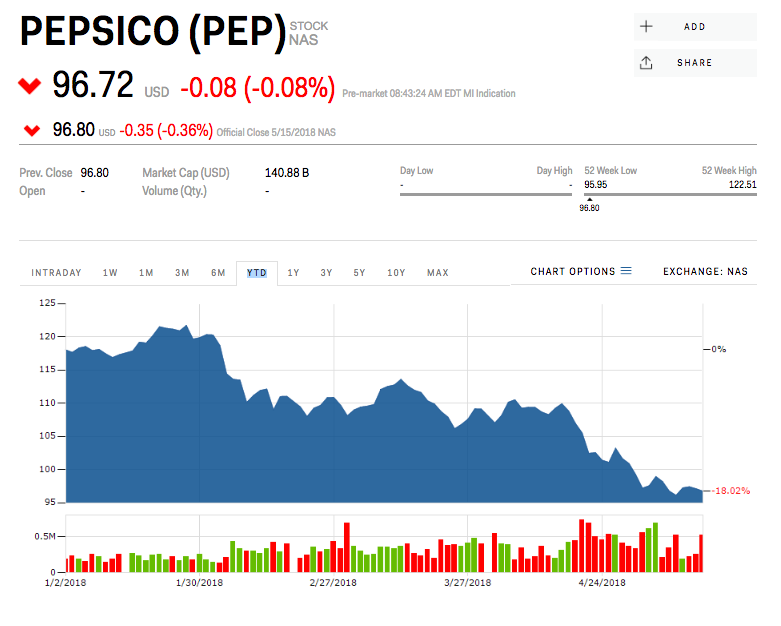