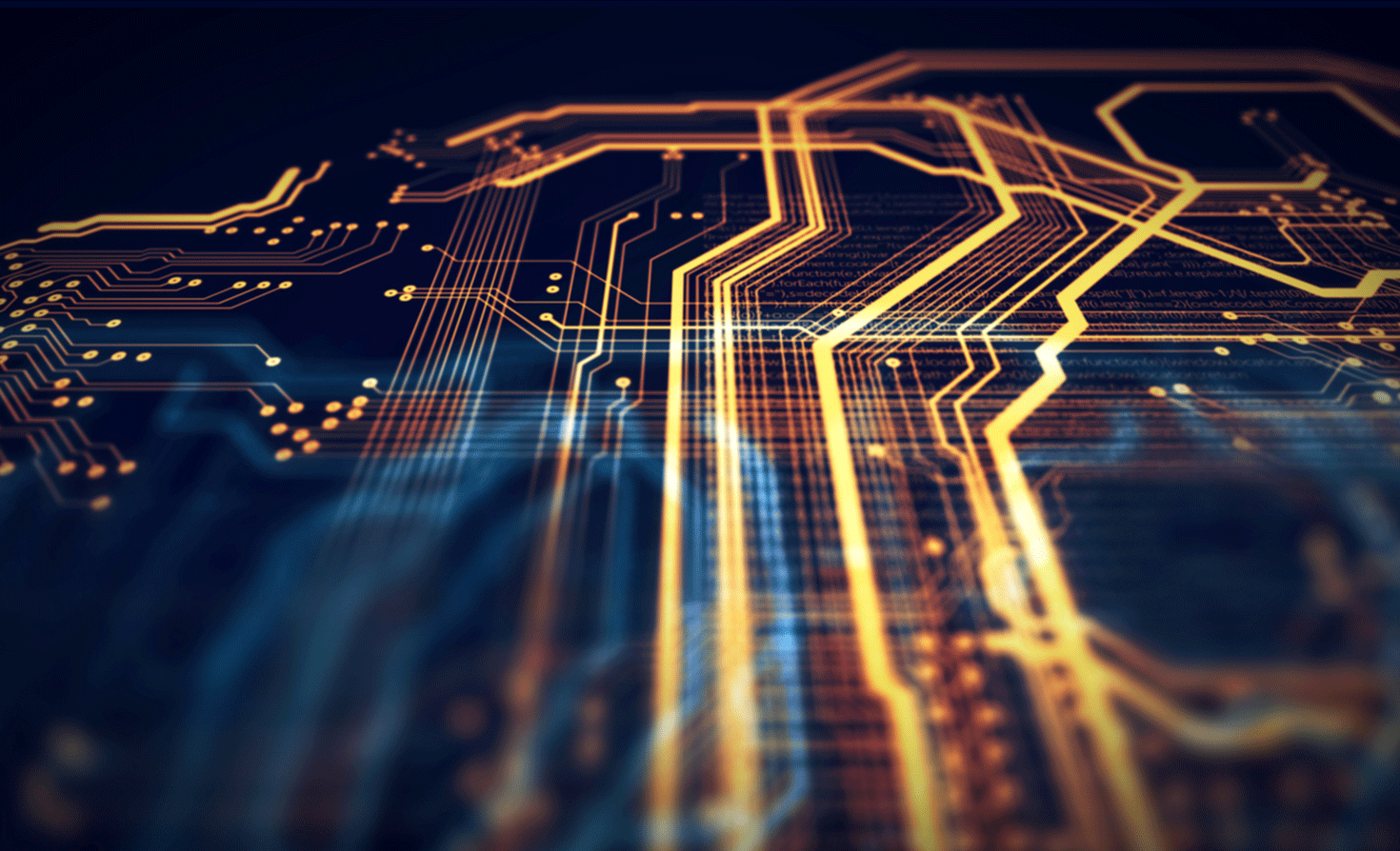 In 2018, the United States set a record for energy consumption: 101 quadrillion British thermal units (Btu) of energy. Of this total, 81 quadrillion Btu (or 80 percent) were from fossil fuels: petroleum, natural gas and coal.

What does this growing consumption mean for climate change, and is it still possible for the United States to get on a path to reduce emissions at the pace needed?

We reviewed the U.S. Energy Information Administration’s (EIA) June 2019 Monthly Energy Review publication to unpack the energy consumption data. Our analysis reveals a glass half-full and half-empty. The good news is that clean energy sources such as solar and wind are rising and helping to slow the growth of carbon emissions. The bad news is that the shift away from fossil fuels isn’t happening quickly enough.

1. Coal is being phased out in the United States

Coal consumption stood at 687 million short tons (MMst) in 2018, the lowest level since the beginning of the 1980s. Coal consumption peaked in 2005 and has declined 42 percent since then. EIA forecasts coals consumption to fall to 567 MMst in 2020.

All signs point to a bleak outlook for coal. This is despite the Trump administration’s periodic efforts to revive a collapsing industry by pushing initiatives to keep failing coal plants open and relaxing pollution rules for coal-fired power generation.

The U.S. electricity sector consumes more than 90 percent of the country’s coal. However, the increasing availability of cheap natural gas and renewable energy, coupled with flat electricity demand, has led to a steady decline in the share of U.S. electricity generated from coal — from 51.7 percent in 2000 to 27.4 percent in 2018. The transition from coal to natural gas and renewables has led to a significant drop in carbon emissions from the power sector over the last decade, a plus for the environment.

The increasing availability of cheap natural gas and renewable energy, coupled with flat electricity demand, has led to a steady decline in the share of U.S. electricity generated from coal.

A recovery in U.S. domestic coal demand appears to be highly unlikely. Recent research shows that the United States has reached thecoal cost crossover point (PDF), where 74 percent of the nation’s coal plants are “at risk.” Building new wind and solar power capacity locally, within 35 miles of each coal plant, is less expensive than the combined fuel, maintenance and other going-forward costs of running those plants. By 2025, 86 percent of the existing coal generation fleet will be at risk.

2. Fossil fuel consumption is being led by oil, principally in the transportation sector, highlighting the challenge ahead for decarbonization

In 2018, U.S. petroleum consumption increased to 20.5 million barrels per day (or 37 quadrillion Btu), its highest level since 2007. Petroleum has been the largest source of energy consumption in the country since surpassing coal in 1950. Petroleum products include transportation fuels, fuel oils for heating and electricity generation, and feedstocks for making chemicals, plastics and synthetic materials.

The biggest increase in oil demand came from the industrial sector: a 6 percent growth in 2018, compared to a 1 percent growth for the transportation sector. This is likely related to increased manufacturing and petrochemical production.

For the world to stay well below a 2 degree C (3.6 degrees F) increase in average temperature, the transport sector needs to be decarbonized rapidly.

For the world to stay well below a 2 degree Celsius (3.6 degrees Fahrenheit) increase in average temperature, the transport sector needs to be decarbonized rapidly. However, reducing carbon emissions in the transportation sector has emerged as a huge challenge. Even with improvements in average new vehicle fuel economy and the growth in electric cars, the vast majority of motor vehicles on the road rely on fossil fuels. In 2018, motor gasoline accounted for about 63 percent of total petroleum consumed by the U.S. transportation sector and 44 percent of total petroleum consumed across all sectors. Demand for motor gasoline has increased since 2000, raising significant concerns about the pace of transition to cleaner fuels and vehicles.

Even as the data points to the need to decarbonize the transportation sector, the Trump administration has been trying to backtrack on regulations that would set tougher emissions standards for cars and trucks. Recently four of the world’s largest automakers reached an agreement with California to establish a standard of about 51 miles per gallon by 2026. This deal is a hopeful step in pursing climate action in the transportation sector.

U.S. natural gas consumption also set a record in 2018: 82.1 billion cubic feet per day. Demand for natural gas increased across all sectors, primarily driven by weather-related heating and cooling needs. Natural gas consumption increased in the residential, commercial and industrial sectors by 13 percent, 10 percent, and 7 percent respectively, compared to 2017. However, the electric power sector saw the biggest increase: 15 percent over 2017.

The spike reflects an ominous trend. As more natural gas-fired power plants have come online, natural gas consumption by the electric power sector has increased by a whopping 82 percent since 2005. Compared to that, natural gas demand in industrial, commercial and residential sectors saw relatively smaller increases (at 32 percent, 17 percent, and 4 percent, respectively).

The transition from coal to gas has been responsible for significant emissions reductions in the U.S. power sector over the past few years. But there are growing concerns that too much reliance on natural gas breaks the carbon budget and undermines efforts to transition the country away from fossil fuels (see here, here and here). Carbon emissions from U.S. power plants rose 0.6 percent in 2018 following three straight years of decreases, as utilities switched to natural gas to meet record electricity demand.

4. Renewable energy consumption is growing, but still constitutes a small portion of the U.S. energy mix

The renewable share of energy consumption in the United States was 11.4 percent in 2018, reaching a record high of 11.5 quadrillion Btu. Compared to that, renewables’ share stood at 6 percent in 2005. Solar and wind showed the largest growth, driven largely by capacity additions.

Renewables will account for an increasing share of electricity generation through 2050, but electricity is just one piece of the pie.

That’s tremendous progress, but renewables (especially wind and solar) are still a small share of the overall energy mix. EIA’sAnnual Energy Outlook (AEO) 2019outlines the challenge ahead. It forecasts a fossil fuel-dependent future (78 percent of total energy consumption) for the United States even in 2050. Renewables will account for an increasing share of electricity generation through 2050, but electricity is just one piece of the pie. AEO 2019 projects wind and solar to supply 7 percent of total primary energy needs in 2050 — up from 3 percent today — despite providing23 percent of electric generation in 2050 (PDF). All renewables (solar, wind, hydroelectric, geothermal and biomass) are expected to meet just 14 percent of U.S. energy needs, while accounting for 31 percent of generation by 2050.

The potential for renewable energy in other sectors remains largely untapped. Increasing the use of renewable electricity in transportation and for heat in homes and industry, which make up a significant portion of U.S. energy consumption, could go a long way to reducing emissions and meeting long-term climate goals.

A massive decarbonization of the U.S. economy

Fossil fuels — petroleum, natural gas and coal — continue to dominate energy U.S. consumption. Renewable energy is growing, but too slowly to meet climate goals in the United States and globally. Meanwhile, climate scientists warn that we are running out of time to reduce greenhouse gas emissions.

The world has just 11 years to cut emissions by 45 percent, and must achieve carbon neutrality by 2050 to prevent temperatures from rising more than 1.5 degrees C. This necessitates immediate action and an economy-wide decarbonization program on an unprecedented scale.