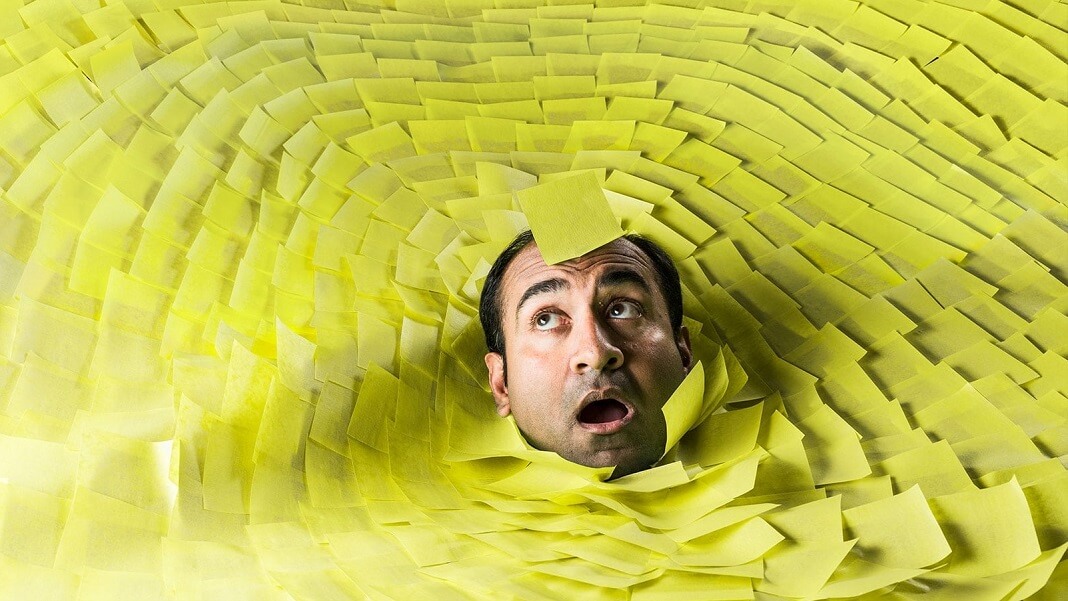 Last year at South By Southwest, author and entrepreneur Rohit Bhargava spoke to a packed auditorium about trends that, though they may not be obvious, are playing a serious role in shaping the future. Each year Bhargava spends untold hours figuring out which trends are going to be the most relevant and impactful, then puts out a book on them as part of his “Non-Obvious” series.

But not all of them. In fact, a select few trends that were already on the rise have been amplified by Covid-19, and now they’re even more significant. In a virtual SXSW session streamed from his home last week, Bhargava talked about these trends, how we can make the most of them, and how to find meaning amid chaos and confusion.

We’re in a time of extreme disruption—that much is obvious. The places we’re used to going, which are normally full of people, are empty. We’re all at home trying to figure out how to pass the time productively. And we all have big questions about how the new normal—even once our states and cities start to reopen—is going to change the way we do everything. Will students go back to school in the fall? Will we be working from home indefinitely? Will we always have to wear a face mask to go to the grocery store? What’s safe and what isn’t?

Bhargava emphasized that he’s not here to predict the future. Rather than being focused on where the world will be 5 to 10 years from now, he said, “I focus on trying to observe today to figure out what to do today.” Also, tech on its own doesn’t intrigue him as much as the human response to tech and how it’s impacting our lives. “I’m more interested in how human behavior is evolving,” he said.

But how do you figure that out when there’s so, so much information coming at us from all sides? “The big problem right now is that we just don’t know what to believe, and so we don’t believe anything,” Bhargava said. “The world seems untrustworthy and we don’t know what to pay attention to.”

Parody videos and articles have popped up poking fun at the confusion around coronavirus, but it’s disconcerting to realize how much misinformation has been flying around, and how little we know about this virus even after two and a half months of lockdowns.

Misinformation is, of course, not a new problem. And it’s impossible to consume all the information out there to try to figure out what’s real. Instead of attempting to digest and make sense of all the news, tweets, memes, podcasts, articles, shares, retweets, and videos out there, Bhargava said, we should devote more time to trying to understand people. “How do we become people who understand people?” he asked. “What motivates them to believe something, what gets them to act, what engages them?”

Bhargava’s own people-understanding process involves what he calls the haystack method. Rather than searching for a needle in a haystack, he gathers ‘hay’ (ideas and stories) then uses it to locate and define a ‘needle’ (a trend). “It’s really easy to read the same media that reinforces what you already think over and over,” he said. But a key part of gathering valuable information is looking for it in places you wouldn’t normally think to look. That means taking in media that’s targeted to different demographics than those you fall into.

Once you look across a wide variety of channels, common themes emerge. Bhargava groups those themes together and tries to elevate them into a bigger idea; that’s where his trends come from.

He defines a non-obvious trend as a “unique curated observation of the accelerating present.” “We’re in a moment now where the present is accelerating even faster,” he said. Here are the four trends he’s pinpointed that have been amplified by the current situation—and how we can make the best of them.

Overwhelmed by technology and a sense that life is too complex, people seek out simpler experiences that offer nostalgia and remind them of a more trustworthy time; we revive habits, media, or connections we find comforting or reassuring. This trend was already in place before the pandemic; Bhargava included a variation of it in his 2019 SXSW talk. The breakneck speed of technology made many of us want to slow down and reconsider the role we want our phones and computers to play in our day to day lives.

But now, Bhargava said, revivalism is gaining even more momentum; if the world seemed complex and overwhelming before, that sense has multiplied by an order of magnitude now that we’re in a global health crisis. Rather than drowning in too much conflicting information, people are consciously cutting back on the amount of news and social media they consume each day (not least because it’s just. so. depressing.) and seeking out forms of entertainment that were cast aside long ago: books, puzzles, classic video games, board games. We’re reconnecting virtually with friends or relatives we haven’t spoken to in a while. We’re trying out old family recipes in the kitchen since we can’t go to restaurants.

It’s time, Bhargava said, to rediscover the analog; “We can do these things outside of technology.” Now that we’ve been forced to find substitutes for many components of our daily routines, maybe we’ll learn that we don’t need to be as dependent on our devices as we thought.

The second trend is essentially a more nuanced variation of the first. Tired of technology that isolates us from one another, people are seeking out and placing greater value on physical, authentic, and imperfect experiences delivered by humans. In a time when we can’t hug our friends and families or even speak to store clerks without masks and plastic dividers, we’re craving empathetic, human experiences big-time.

The aforementioned dependence on digital devices as a way to interact with other people seems reprehensible now that we don’t even have the in-person option. Before the pandemic we relied on social media to connect us, texting to communicate with each other, “like” buttons to share our opinions and preferences, and algorithms to streamline and improve our shopping, transit, and other experiences.

While all of that isn’t going to go away—and may double down in a world where physical contact is now perceived as dangerous—we’re realizing how crucial and irreplaceable our human connections are. “We need to focus on empathy first,” Bhargava said. “An empathetic approach (whether in business or simply with our families and friends) is most likely to provide value to people in the current situation.” And probably always.

Have you picked up some new skills during lockdown? Tried your hand at some fancy recipes? Learned hard pieces on the guitar or piano? How likely is it that the skills or habits you’ve picked up will persist after this is all over?

As we consume bite-sized knowledge on demand, Bhargava said, we benefit from learning everything more quickly but risk forgetting the value of mastery and wisdom. It’s become really easy to watch a YouTube video to learn just about anything; during the pandemic, views of cooking tutorial videos have skyrocketed, and it’s likely the same has happened for instructional videos of all types (including how to cut your own or your partner’s hair!). Since we now have access to information more readily than ever before, we expect to be able to learn things faster. But it still takes a lot of time and dedication to get really good at a skill or become an expert in a given field.

While it’s great to learn new skills quickly, let’s not forget to zoom out and look at the bigger picture. Bhargava recommends finding ways to connect people with knowledge to inspire beliefs, expanding our worldviews and building towards a greater vision—whether for ourselves, our families, or the collective future.

The lines between industries are eroding, leading to a continual disruption of business models, distribution channels, and consumer expectations. This was happening before Covid-19 broke out; Apple was getting into financial services, banks were opening coffee shops, Crayola started making makeup, and Taco Bell opened a hotel (I know right- WHAT?! It’s true though).

Now that everything is closed and we’re confined to our homes, businesses are having to adapt in ways they never imagined—and those that can’t adapt are, unfortunately, in trouble. “Everything about how we do business is shifting,” Bhargava said. And that disruption is happening at an unprecedented pace. Even once the economy opens again—which for many states in the US is happening this week—we won’t go back to how things were in 2019. The only way forward is to adapt.

“We don’t know what’s coming next,” Bhargava said. “But we know that people who can adapt best are non-obvious thinkers who pay attention to what’s happening and try to continue to change.”