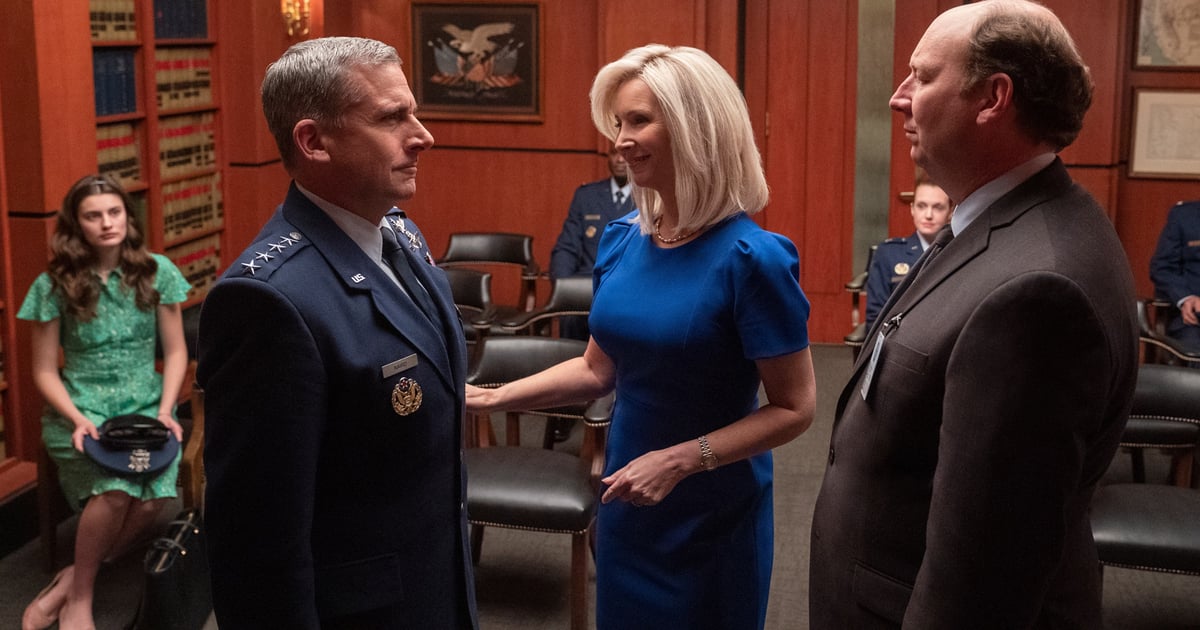 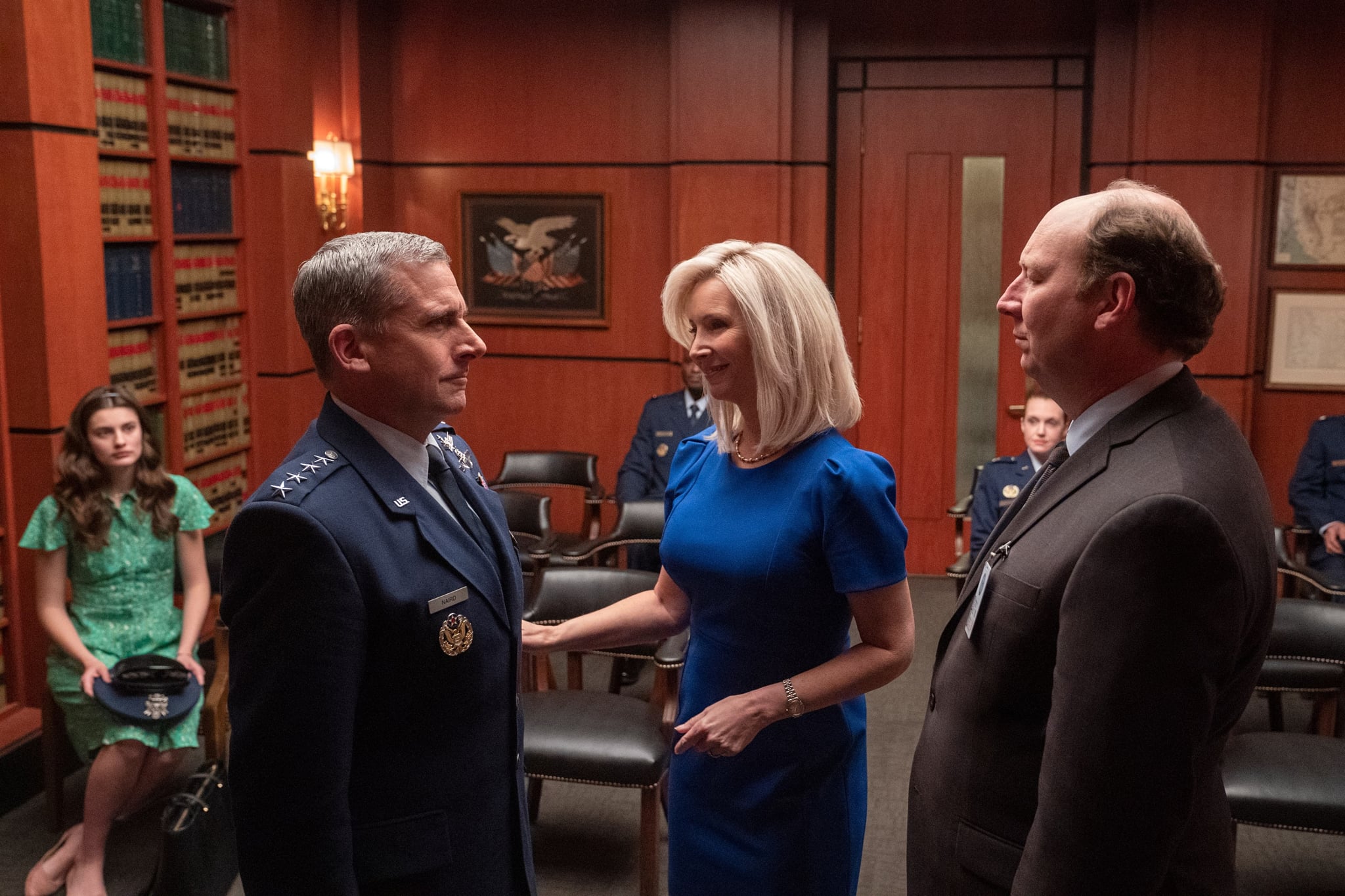 In Netflix’s Space Force, Lisa Kudrow plays Maggie Naird, loving wife to Steve Carell‘s Mark Naird, the general of the Space Force. In the beginning, Maggie seems like the sweet, doting housewife, ready to stand beside her husband as he’s promoted up the ranks to lead the new branch of the armed forces. But fast forward a year, and everything changes.

Turns out, after Mark, Maggie, and their daughter, Erin (Diana Silvers), move to Colorado to the Space Force base, Maggie somehow lands herself in prison. Through the entirety of season one, she remains there for the “serious” crime she committed, even ranting about being stuck there for the next 40 to 60 years. But the question is, what did Maggie actually do?

Unfortunately, season one of Space Force ends before we find out Maggie’s crime, but if she’s serving 40 to 60 years, we feel pretty confident in assuming she committed a hefty crime. Or crimes, maybe. With a sentence that long, it’s possible she committed multiple mystery crimes.

In fact, the show’s cocreator Greg Daniels is enjoying keeping audiences in the dark — at least for season one. He told The Wrap, “At the moment, we’re kind of enjoying the mystery around it and the question marks that it raises. It causes you to lean in because we’re dropping little hints about what it is and how serious it was. So we’re enjoying not being specific at the moment. You didn’t miss anything. It’s not in there.”

Maggie seems pretty certain she’ll be in prison for her full sentence, which is why she tells Mark they should have an open marriage, something he struggles with on the outside. Maggie’s found her own companion in prison, though, in a guard named Louise. And once Erin finds out her parents are trying an open marriage, she feels let down and alone, but Mark tries to stay a good dad, even while running an entire Space Force base. He does, however, start dating Kelly, a contractor who works on the Space Force base, so we can’t wait to see how that whole dynamic works out in the future.

If Space Force gets a second season, we’re hopeful we might learn more about exactly what Maggie did to land herself in prison and maybe see more of her story in prison. That is, if Daniels and his team decide to come up with a plan for her. Who knows, maybe Louise will have a larger role on the next season, too, especially considering the cliffhanger season one ended on with Mark, Maggie, Erin, and Louise all in the Space Force helicopter together as Mark’s called back to base.