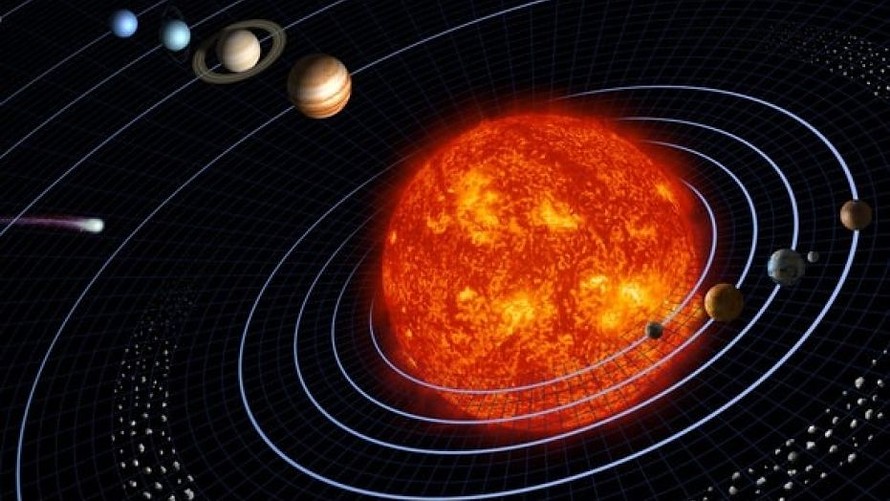 (The following story has been updated to reflect President Trump’s formal order Monday.)

Someone once said that war never changes because of the nature of human conflict.

What does change is the arsenal. From sticks and stones to hypersonic airplanes, the art of conquest has been in sync with technological developments. The modern age is no different: New technology has brought us closer to the stars and shown us a glimpse of treasures that glitter beyond the night sky.

As one nation reaches out for them, so do others, and it’s sad that even the ever-expanding universe isn’t large enough for all of us to peacefully coexist.

Wars have been, and will be, fought on all fronts, and space is no exception.

President Trump on Monday directed the Pentagon to “immediately begin the process” of establishing a “Space Force” as the sixth branch of the U.S. armed forces. At a meeting of the National Space Council, Trump said: “We must have American dominance in space.” Trump had brought up the idea before, last month and in March.

A Space Force would be part of the Air Force, just like the Marine Corps is part of the Navy. Currently, higher-ups at the Air Force aren’t too thrilled about the prospect, and the project may not become reality in the near future. The dominant aerospace companies of today — Boeing BA, +1.35%, Lockheed Martin LMT, -0.32%, Northrop Grumman NOC, -0.93%, Raytheon US:RTN and BAE Systems BAESY, +1.13% — could even be involved.

But one thing is certain: With more and more developed countries investing in their space programs, all of them will at some point have the need for some sort of space-oriented military branch.

So what would a Space Force of the future do? What would it look like? To answer that question, we’ll need to use a bit of imagination combined with the usual military doctrine.

Aside from helping with scientific space-related endeavors (launching satellites, helping with the retrieval of astronauts and equipment, etc.), the main goal wouldn’t be much different from other branches of the military: the demonstration of total military superiority in a given area of operations.

Although that area starts at the edge of space and goes over the Kármán line (62 miles above sea level), the superiority is accomplished by the same basic principle used elsewhere:

Surveillance and reconnaissance: In this sense, the Space Force would be the ultimate “eye in the sky” — it would give unmatched insight into positions of enemies as well as allies, using visualization that would be able to uncover hidden enemy locations and provide intel in situations of diminished visibility. This would be achieved through a combination of satellites and unmanned aerial reconnaissance vehicles that would send and coordinate their data in real-time with intelligence received from ground forces, creating a multi-dimensional layout of enemy position and activity, enabling effective and more accurate target acquisition. Acquired data would be further examined in the Space Force command centers on the ground, as well as in space, perhaps in the form of orbiting space stations.

Satellites could be designed to deliver devastating strikes using focused laser beams or sunlight that could melt or vaporize incoming missiles.

Logistics: The Space Force should be able to deliver ordnance, vehicles, supplies and personnel with an unmatched speed to any area of operations using special high-load thruster-powered space carriers that would dispatch resources from the orbit directly to any location on Earth. Sounds farfetched? For now, it does seem like something from a sci-fi movie, but it’s definitely not beyond the realm of possibility. Vehicles that can land from space and launch into orbit at a moment’s notice are a logical next step in the evolution of reusable space rockets. Those carriers would also be capable of delivering significant amounts of supplies necessary for rapid deployment of orbital structures and armaments. Speaking of which …

Orbital strikes: Engaging an enemy from the orbit wouldn’t be limited to the distribution of troops and vehicles, but also by means of solar and laser cannons mounted on special satellites and installations. Those would deliver devastating strikes using focused laser beams or sunlight that could melt or vaporize incoming missiles, airplanes as well as ground targets. Special equipment on the satellites would have to make them resistant to hacking and jamming since their unique destructive power and capabilities would turn them into a high-priority target for the enemy. A special defensive parameter would also need to be raised around these orbital structures, such as space minefields or even fighter-class spaceships. Their role would be to defend strategic points, organize into squadrons and assault enemy installations in space.

Wars wouldn’t be fought exclusively for resources. Our solar system, not to mention the rest of universe, has ample amounts of them. The focus would be on holding strategic locations along trade and travel routes. Time is money, and whoever owns or controls the most lucrative, shortest routes, controls the space.

To achieve this, countries would need to establish bases on asteroids, moons and locations on different planets. These would be used for providing fuel, entertainment and information for the troops, as well as passengers, and for generating substantial income for whoever owns them.

That, in turn, would make them grow and evolve from mainly strategic structures into settlements. This particular scenario would require the Space Force to employ small and agile space fighter planes, both manned and unmanned, whose job would be to accompany and protect larger and slower transport vehicles. Those transports would carry colonists, supplies and tourists to locations in space, and protecting them would be vital. Once established, settlements and military installations would have to be able to fend for themselves by employing both passive (minefields) and active (cannon installations, automated sentries, etc.) defenses.

Once a war inevitably explodes between the space nations, it would be fought on a new, interplanetary level, which would involve ultra-long range weapons, such as laser cannons, and heavy, long-range missiles that would fire from one planet to another, bringing havoc and misery to the new space age. After initial hostilities subsided and only space dust remained, the Space Force would have the somber task of helping to relocate refugees to their new homes on another planet, or a distant, uncharted asteroid.

It may take a few hundred years until we reach this level of technological development and savagery, but in all honesty, I don’t see any of this as impossible, or even unlikely. Take away the space and military jargon, and you will see that the development of events described in this article closely resembles the exploration, migration and growth of settlements in human history. As we make for the stars, these same principles and dynamics of human conflict and evolution would apply. The Space Force could play a pivotal role in bringing us together, as well as in resolving the conflicts that are bound to escalate.

Are you looking forward to the space age? Let me know in the comment section below!