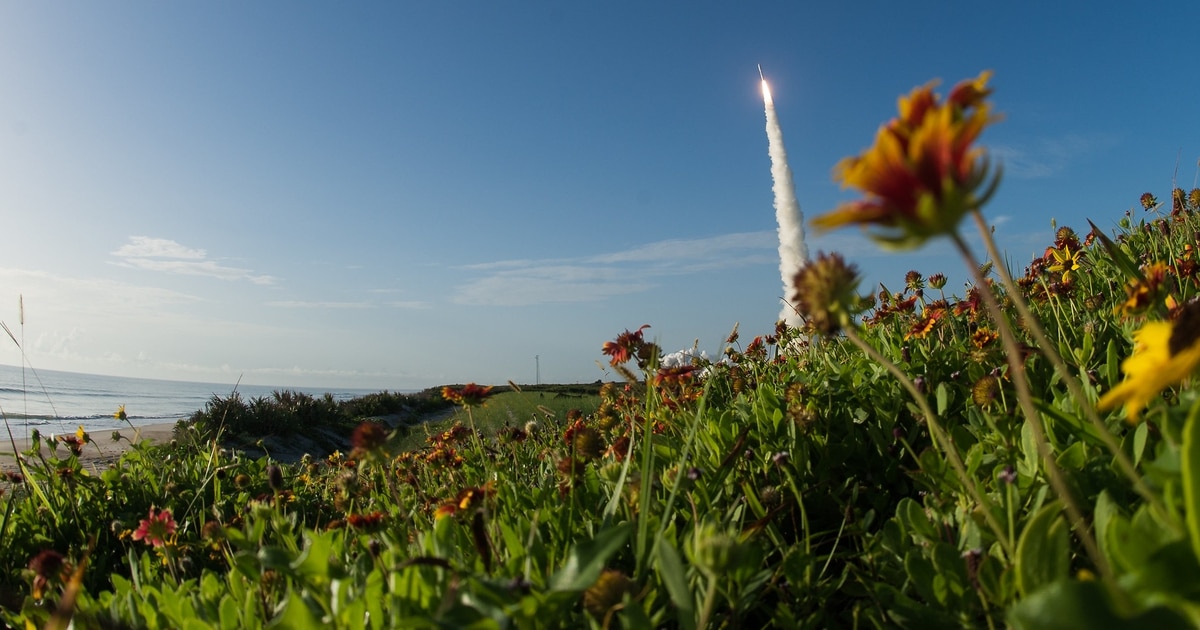 So far, much of the Space Force organizational effort has happened behind closed doors without public discussion or debate. Yet, even less forthcoming is the proposed options for America’s Space Force from Space Force senior leadership, whose silence on this subject has invited all the suggestions from experts, humorists and the general public across the inter-webs. A lively public discussion about the military is generally a positive development when important decisions are to be made, especially if the outcome could impact the American people who fund the military, but in the Space Force rank structure debate, additional context is necessary to properly frame the discussion.

First, while in the field, the Navy and Air Force work very well together, but inside the beltway they are bitter rivals. Both often feel the other has gotten the better of a resource or mission area fight. This has led to some mistrust when it comes to political and policy discussions and a sense that any statement coming out of the other service might be an information campaign trying to undermine the other. The basis for these feelings is not without some justification, but would require a book to recount and will not be detailed here. Thus, when current (or former) Navy personnel (Congressman Crenshaw, a decorated Navy SEAL) or institutions start providing commentary, suggestion or legislation on the goings-on within Department of the Air Force, it engenders immediate distrust from airmen and their senior leaders, even when what is being said has merit. And so far, all Space Force personnel are airmen in fact or by virtue of an adult lifetime spent in the Air Force.

This highlights the second concern, that Space Force leadership is too vested in their Air Force identity. Because they have always thought of themselves as airmen and viewed the world with an airman’s perspective, it may be difficult for them to craft a new identity for military space professionals within the Space Force. This perception is made more emphatic because of the efforts of some Air Force leadership, including the former secretary, to stop the creation of Space Force. Efforts that only ended when the new acting secretary of Air Force, Matt Donovan, penned in August 2019 an essay entitled “Unleashing the Power of Space: The Case for a Separate U.S. Space Force.” None of this is a critique of current Space Force leaders who are thoughtful, dedicated, patriotic and personable, it is simply an acknowledgement that the Air Force actively discouraged an independent space identity; and most senior officers and enlisted personnel got where they are by embracing an Air Force identity, not bucking the system.

While Space Force resides within the Department of the Air Force, and while all of its senior leaders remain (former) airmen, it is even more vital to have a cultural identity clearly distinct from the Air Force. In the Air Force, the space domain was never the equal of the air domain. This led to thinking of space as a place where systems reside to support only terrestrial warfighters, but space was not itself considered a warfighting domain. Much effort went into developing terrestrial support systems such as communications, GPS, intelligence, and environmental monitoring. Very little thought was given to how to defend those systems against a determined adversary or how to deny an enemy the use of space for their own benefit. Since space is a contested warfighting domain, the Space Force identity can not simply be consigned as ‘Air Force Lite’, a continuation of Air Force Space Command by another name in another form.

Additionally, Space Force was not born in war as were many of the other services. Congress created Space Force to ensure that the United States can dominate this newly recognized battlespace. With remarkable foresightedness, the U.S. created the needed warfighting tool before a fight actually happens, in hopes of avoiding the fight altogether.

Space Force personnel (let’s call them ‘Sentinels’) like their counterparts in other services must learn about and know their domain first as a place of conflict and battle but also as a domain of burgeoning commerce and civil exploration, which must be protected. Adversaries will be deterred and conflict avoided only with sufficient preparation, new thinking and commitment. The character of the new service will determine the degree to which this happens. Much of Space Force’s initial character and identity will be crafted from deliberate choice rather than organic tradition. There is only a narrow window for that to occur without momentum taking hold and the Space Force devolving into Air Force-lite.

I don’t feel strongly about the use of naval rank one way or the other. However, I do believe, very strongly, that Space Force needs many identity characteristics that will significantly differentiate it from the Air Force. As the junior partner in the Department of the Air Force, and in the face of an at best neutral bureaucracy and at worst a hostile one, the Space Force must distinguish itself from the Air Force in the same way the similarly aligned Marine Corps distinguishes itself from the Navy. A new rank structure is among the easiest ways to begin the evolution of a separate and unique branch.

It is important to recognize that Space Force cannot simply carbon copy the Navy’s rank structure. Although there are compelling cases for a space future more reminiscent of the maritime environment, than an air or land equivalency, it is clear that somethings simply will not translate. Take for instance the junior enlisted rank. Space Force is not going to call someone a Seaman First Class. It is not inclusive as evidence by the Canadian Navy recently switching from Seamen to the gender-neutral Sailor. Also, space is a separate domain requiring a separate character.

What is needed is a separate rank system unique enough to clearly distinguish it at every level from the Air Force, but not one that totally dismisses all of Air Force heritage. The rank system must be generally recognizable and understandable across the Department of Defense (DoD) and the American public. To that end, as a conversation starter, proposed is the following:

Enlisted identity is easily the most important, as it will affect the greatest number of people and impact the culture of Space Force most profoundly. More than any other element, enlisted rank needs to begin with something unique to the Space Force. To that end, my proposal blends a combination of Air Force and Navy titles ending with high-three of chief petty officers, because I believe that there is organizational strength in having all the senior enlisted folks be hailed as “chief.”

Unlike the other services, the Air Force did away with warrant officers because they were typically viewed as technical experts who aren’t supposed to be required to exercise a great deal of leadership. The Air Force believed that officers should be technical experts, so there was no need for warrants. I believe that was a mistake which emphasized technical expertise among officers over actual leadership. There can be no questions officers need to be technically competent, but decisiveness, making tough calls, seeing the big picture and understanding people, mission space and policy considerations are all at least as important. Having warrant officers in Space Force allows for a team focused on technical expertise, while officers, once they’ve demonstrated expected levels of technical understanding and competence, can focus on leading organizations, decision making, strategy and caring for subordinates.

To differentiate Space Force officer ranks from Air Force significantly, but keep it recognizable to virtually everyone, I propose an officer rank that has a Navy in flavor, but not exactingly so. I suggest vice lieutenant rather than the cumbersomely title lieutenant junior grade (O-2). Furthermore, I suggest a return to the original commodore (O-7) in lieu of the confusingly awkward rear admiral (lower half). This may not be emotionally appealing to many former airmen “Sentinels,” nearing the end of their military careers, who would rather retire as a colonel or general vice a captain or admiral, but it is definitively in the best interests of the Space Force to find its own way and not simply present itself as a reflection of the Air Force. Even though most Sentinels opted voluntarily into the Space Force, I believe that working with Congress, DoD could offer only these former airmen the option of retiring with Air Force rank.

Some people believe the cultural identify of the Space Force and identity ques such as rank are not a big deal in comparison to strategy and doctrine development, space system acquisition or personnel training. The defining character and identity of the service will be vital to how well those other most important issues are addressed. Peter Drucker said it best: “Culture eats strategy for lunch.” Sentinels, or whatever is decided to call the members of the Space Force (another issue deserving of its own public debate), are the people who will answer the hard questions and create the necessary force to deter U.S. adversaries from conflict and failing that to win any fight on orbit. Their shared sense of purpose, dedication and the character of the organization in which they serve will likely determine that outcome.

Timothy Cox is a retired Air Force officer and defense professional (an airman) with decades of military air and space experience. He works in the aerospace industry and lives in the National Capital Region. His opinions are entirely his own.

Editor’s note: This is an Op-Ed and as such, the opinions expressed are those of the author. If you would like to respond, or have an editorial of your own you would like to submit, please contact Military Times managing editor Howard Altman, haltman@militarytimes.com.