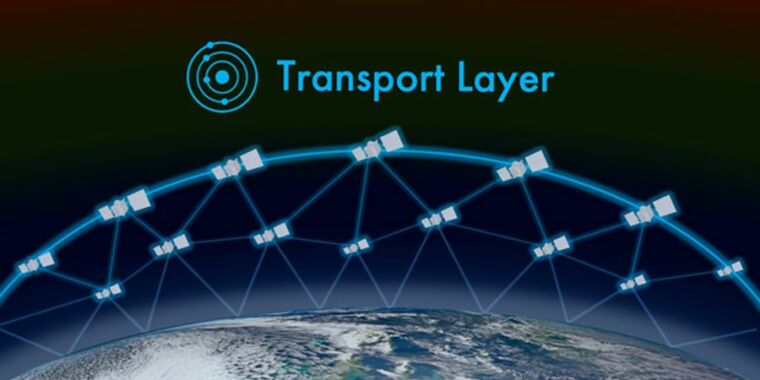 On Monday, the Space Development Agency announced new contracts to Lockheed Martin and York Space Systems for the development of “space vehicles” that would operate in the “transport layer” around Earth. This language obfuscates what is actually a pretty big deal in how the US military plans to communicate and control its weapons systems in the coming decades.

With the new contracts, these two Colorado-based companies will each build 10 relatively small satellites—likely on the order of 100- to 200kg each—that will be launched no later than September 2022. These will essentially be test satellites for what will eventually grow into a constellation of several hundred satellites at roughly 1,000km above the Earth’s surface.

So what is the transport layer? To answer this question, let’s start at the beginning: in early 2019, the Pentagon formally created the “Space Development Agency” to identify future threats in space and to oversee development of satellites and other assets to ensure technological and military superiority.

A key component of the new agency’s strategy is to create seven “layers” of capabilities that will provide various services for the military, including tracking of hypersonic missiles, navigation in case GPS is compromised, battle management, and more. This activity is now clustered under the rubric of “National Defense Space Architecture,” and more information can be found here.

The “transport layer” is one of these seven layers, and it will use 300 to 500 satellites to effectively provide a hub for in-space communications. Using optical communications links, these satellites will both talk securely to one another, as well as other layers in the low-latency network and the ground. 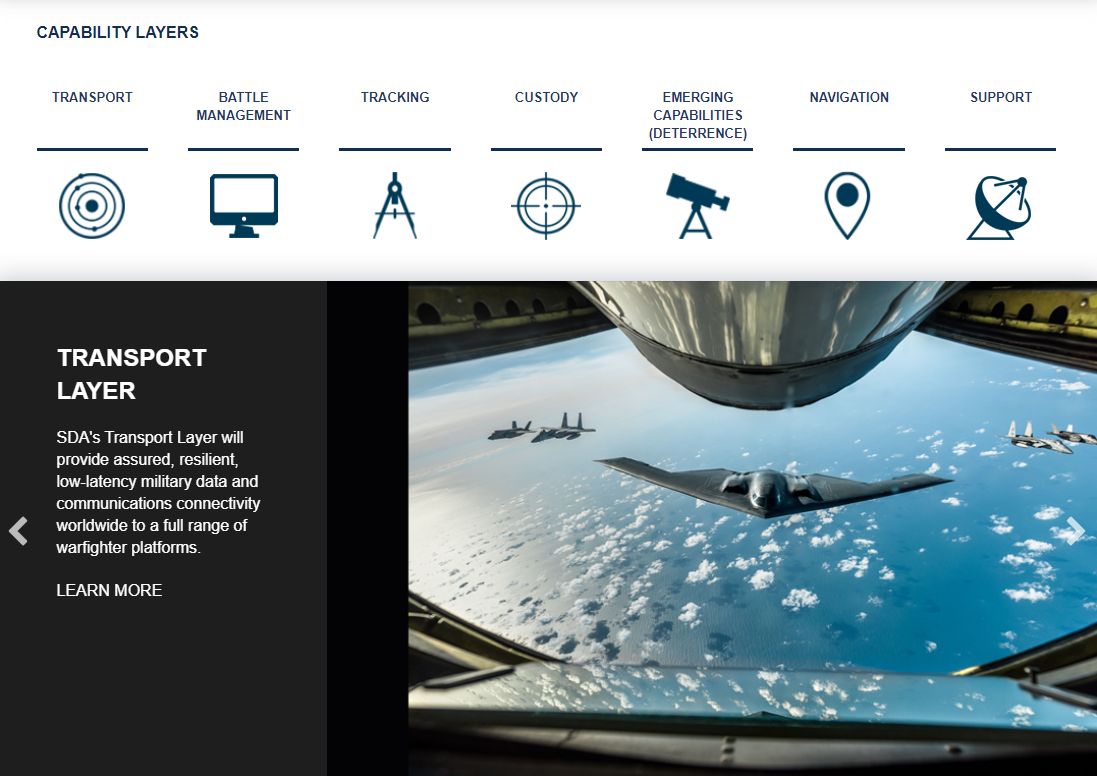 Effectively, this will allow for a global network via which the military can track the movement of ground-based objects as well as missile threats, relay this information to a “battle management” layer that will provide automated, space-based command-and-control decisions, validate targets, and relay this targeting data to weapons systems (presumably on the ground).

Currently the military does not have the capability to do tactical, low-latency communications and targeting beyond line of sight, said Space Development Agency Director Derek Tournear during a call with reporters. By 2024, he said, the agency hopes to have deployed more than 100 transport satellites to begin offering an initial warfighting capability that will allow for this.

For these initial contracts, the military awarded $187.5 million to Lockheed Martin and $94 million to York Space Systems under fixed-price contracts. Lockheed, of course, is the largest US military contractor. York is a relatively new entrant, founded in just 2014. Both companies submitted competitive bids—York will receive less funding because the new space company asked for less funding.

With its National Defense Space Architecture, the military is seeking to both change the way it communicates in space and to use more commercial technology in its applications.

Under the proposed architecture, the military is moving away from large, expensive, and jack-of-all-trades satellites. Rather, under the new plan, the military plans to deploy a greater number of smaller satellites with fewer functions that will provide redundancy in case some assets are lost.

The Department of Defense is also seeking to buy satellites with more off-the-shelf components, and the department is broadening its contractor base with new entrants like York. If the smaller company can succeed at half the price of Lockheed, it will likely increase the willingness of military officials to lean into the newer space ethos of faster, low-cost development that has been traditionally provided.