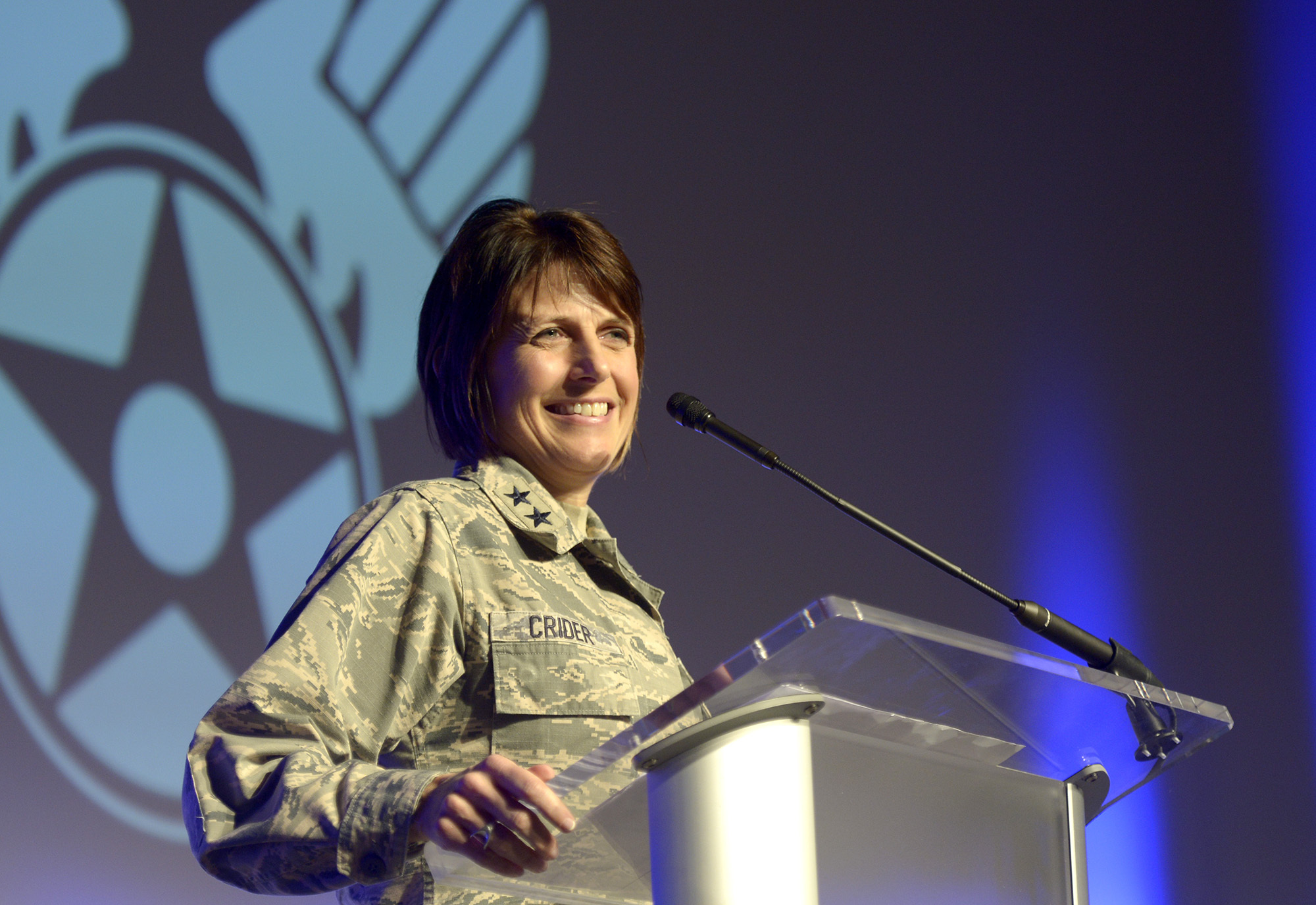 Next week 2,400 members from the Air Force will move to the new U.S. Space Force, the latest development in what has been a busy eight months.

In her keynote to Thursday’s online Air Force Information Technology & Cyberpower Education and Training Event, Maj. Gen. Kimberly Crider, mobilization assistant to the Chief of Space Operations for the Space Force, recited a list of actions undergone to get the new service branch in working order.

USSF stood up nine space deltas — which are O-6-level organizations — and stood down their Space Wings from the Air Force. The new military branch eliminated two levels of command, which Crider said speaks to USSF’s key principles of being lean, agile and mission-focused. She also noted the standing up of the Space Operations and Space Systems commands, the latter of which will happen later this year at Los Angeles Air Force Base, which houses the USSF Space and Missile Systems Center.

A third new command is STARCOM, or the Space Training and Readiness Command. This will host education, readiness and test capabilities including war gaming and exercises. STARCOM will be responsible for all space Professional Military Education, as well as the overall space test range.

Insight by Pega: Learn how VA has met the needs of remote workers and veterans over the last five months in this free webinar.

Crider said it was impressive considering much of these developments happened while the services were pushed largely into virtual workplaces, but maybe that makes sense? Space, she said, is a domain which relies primarily on data and technology access.

“And that’s why [Gen. John Raymond, chief of Space Operations] has really charged us to take a clean sheet and to think about ourselves as a digital service from the very start,” Crider said. “And what do we mean by that? Well, from our perspective, it means building a digital workforce.”

She referenced the State of the Space Industrial Base 2020, a report published in July which was generated by a May workshop at New Space New Mexico. The report’s six primary recommendations for government emphasized both economic and military leadership of space.

This could be in the form of “space bonds” or a Space Commodities Exchange to execute $1 billion of Defense Department and NASA funding, the report said. The document’s authors also recommended government fill more than 10,000 STEM jobs domestically. The report also stressed the need for good space finance and policy tools.

Preserving critical information services, enabling space-based power, manufacturing logistics, and transportation to and from space, as well as bringing things back to Earth will be key, she said. Then there is the physical labor component.

More space activity makes the domain congested, and with congestion comes competition, she said, and intentions for use of space may or may not be peaceful.

“There will be intentions that have to be worked out in a very contested environment. Hence the reason that military space power has become a topic and is something that we talk about in our doctrine,” Crider said. “Military space power has really been elevated to be considered a source and a conduit of national power.”