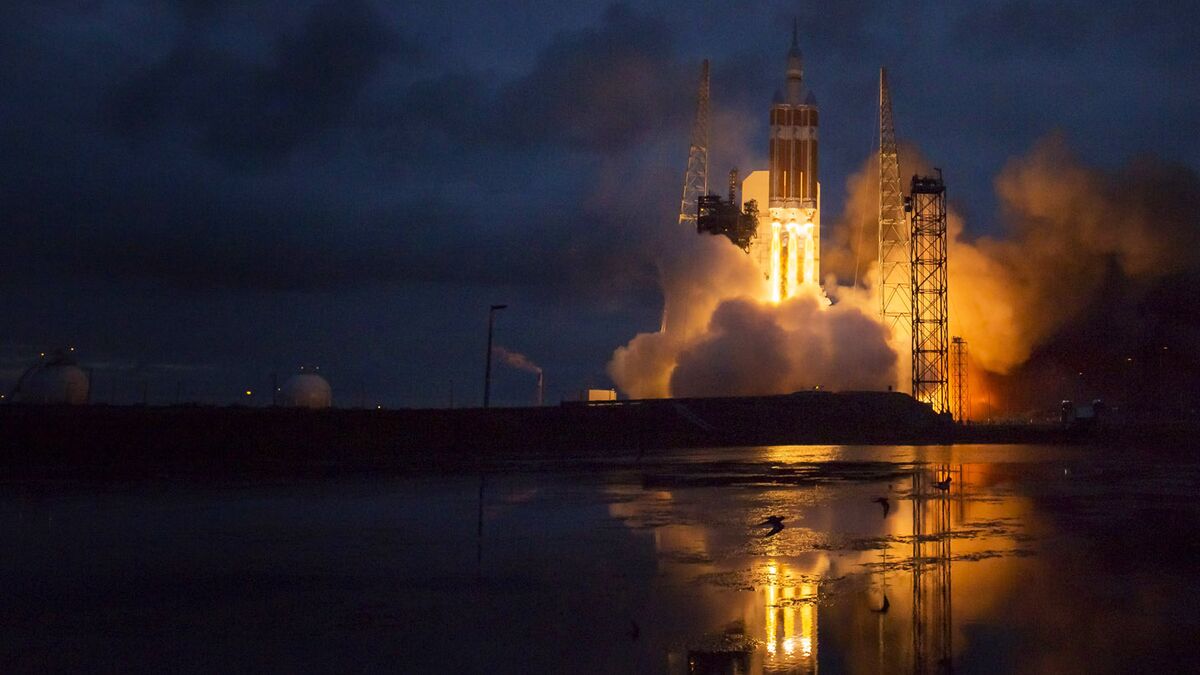 The first space race was a sprint between the U.S. and Soviet Union competing for prizes of pride and military advantage. The new space race is more like a fun run, with nations and companies working together to reach Mars and the great beyond. The lure of space remains the same as it was for the Sputnik and Apollo pioneers two generations ago: Humans have always longed to explore the unknown. The earthly concerns are also the same: Are the benefits worth the costs?

The U.S. government and commercial space companies are plotting a return to the moon — and well beyond — 45 years after NASA’s final Apollo mission. Where a lack of purpose used to prove fatal to NASA’s proposals for lunar and Martian forays, there’s now an arresting vision — and it’s coming from billionaires like Elon Musk and Jeff Bezos. President Donald Trump, in search of signature accomplishments, prodded NASA to consider a manned mission circling the moon in an Orion capsule that Lockheed Martin Corp. is developing for deep-space voyages. The moon is also beckoning Musk’s Space Exploration Technologies Corp., or SpaceX, which announced in February its own mission to send two private citizens on a trip around the moon next year. Bezos, who founded Amazon.com. Inc. and space company Blue Origin, wants to establish a permanent base on the moon’s south pole, where frozen water in a crater’s crevices could be converted into fuel for a “massive gas station in space.” A lunar way station could further Musk’s dream of colonizing Mars, Earth’s closest planetary neighbor, as insurance against the day humans render their home planet uninhabitable. SpaceX hopes to supply the fleet of rockets needed to sustain humans on Mars. While NASA has found signs of liquid water there, Musk notes the red planet remains a “fixer-upper.” The U.S. isn’t alone in eyeing moon shots. China plans to launch a craft to the moon’s surface to collect samples before returning to Earth.

The space age began Oct. 4, 1957, when the Soviets launched Earth’s first man-made satellite, Sputnik I. The Soviets beat the U.S. again in 1961, when Yuri Gagarin became the first man in space. U.S. President John F. Kennedy aimed higher, calling on Americans to land a man on the moon. Once NASA met that goal in 1969, interest faded in the Apollo lunar forays. So NASA shifted focus to sending astronauts a few hundred miles into orbit in the first re-usable spacecraft, the shuttle, while sending unmanned craft to Mars. Musk started SpaceX in 2002 with a goal of enabling people to live on other planets. The Obama administration adopted similar ideas after scrapping a planned return to the moon in 2010, steering the Orion capsule developed for it toward manned missions to near-Earth asteroids and Mars.

Is it worth it? Space is costly and complicated, with small missteps punished by loss of life. That’s one reason the political course to Mars may be tougher than any technological challenges. NASA, a frequent target of budget-cutters, may have to shield an effort whose total cost would at least equal that of the $100 billion Earth-orbiting International Space Station. That’s a daunting task. The hefty price tag will probably force NASA to work with international partners and private companies as it does on the orbiting station — including budding space powers like Europe, China and India. This could expose the endeavor to geopolitical brouhahas, as with Russia’s 2014 threat to stop funding the space station past 2020. A multinational push to Mars would have to navigate issues from in-flight cuisine to rights to any rare-mineral bounty discovered there. The earlier race to the moon changed American life with innovations from nutritional supplements for infant formula to camera sensors for mobile phones. Gains reaped from deep-space exploration could be far greater: from data transmitted via pulsed laser beams for the ultimate high-speed Internet connection, to medical advances flowing from studies of cosmic radiation.

To contact the writer of this QuickTake:
Julie Johnsson in Chicago at jjohnsson@bloomberg.net

To contact the editor responsible for this QuickTake:
Anne Cronin at acronin14@bloomberg.net

Have a confidential tip for our reporters?
GET IN TOUCH

Before it’s here, it’s on the Bloomberg Terminal.