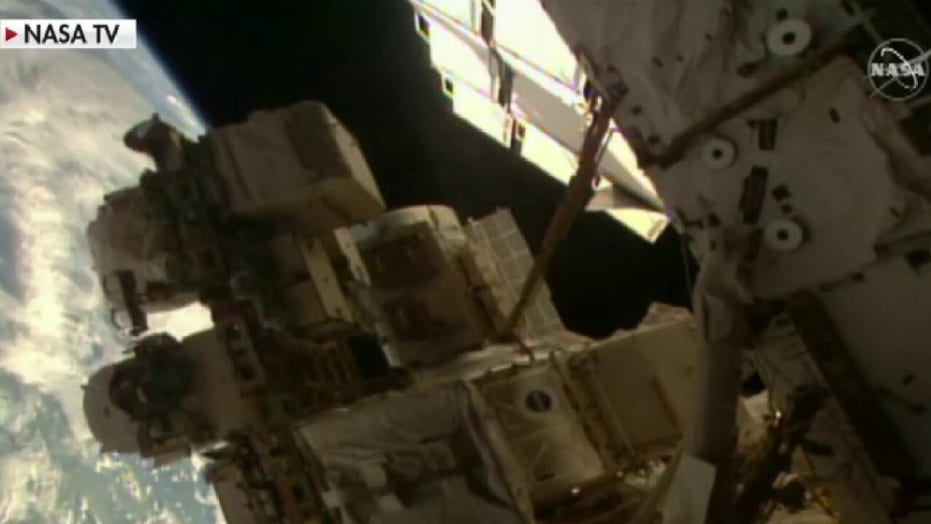 Space Wars: it might soon leave the realm of science fiction and become a reality.

Last week, the head of the U.S.’s newest military branch, the Space Force, cautioned publicly for the first time that Moscow had undertaken at least two concerning anti-satellite weapon tests in recent months, in a potential bid to develop on-orbit efficiency that could dangerously hinder the U.S.’s heavy dependency on space-based systems.

“On July 15, Russia injected a new object into orbit from Cosmos 2543,” the U.S. Space Force said in a statement. “Russia released this object in proximity to another Russian satellite, (which was) inconsistent with the system’s stated mission as an inspector satellite.”

While Russia’s Defense Ministry dismissed the allegation, it is not the first time the Pentagon has said such an incident occurred.

WHAT IS THE ‘SPACE FORCE’ AND HOW WILL IT FIT INTO THE US MILITARY?

“This is further evidence of Russia’s continuing efforts to develop and test space-based systems, and consistent with the Kremlin’s published military doctrine to employ weapons that hold the U.S. and allied space assets at risk,” Raymond continued.

The proclamation that these satellites are part of a space-based anti-satellite weapon system is even more significant given that Cosmos 2542 had moved into a position to shadow a U.S. KH-11 spy satellite, publicly identified only as USA 245, in January, The Drive’s War Zone analysis pointed out. 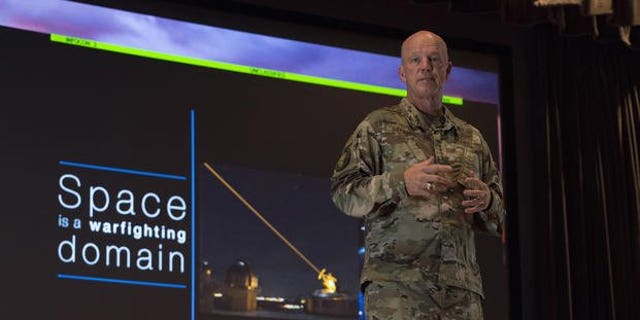 A month earlier, the USA 245 satellite was forced to move its own orbit to avoid a collision with the notorious 2543, which the U.S. Space Force believes was also trailing the American asset. Then in April this year, Space Force also raised red flags that the Kremlin had conducted testing of an unspecified “direct-ascent anti-satellite missile,” also known as a DS-ASAT, from its Plesetsk base in northern Russia.

“Russia’s DA-ASAT test provides yet another example that the threats to the U.S. and allied space systems are real, serious and growing,” Raymond said in a statement after that incident. “The United States is ready and committed to deterring aggression and defending the nation, our allies and U.S. interests from hostile acts in space.”

While no targets were destroyed in either the April or July experiments, the pattern – coupled with the notion of two Russian satellites following an American spy satellite – is enough to stir up some anxieties.

“If we stick to the U.S. version, the Russians now have a means for using small satellites to intercept a target in orbit and destroy it,” Miguel Miranda, an Asia-based arms and security expert, told Fox News. “This is a serious capability because the U.S. military’s biggest advantage over its rivals is an immense command and control plus intelligence and surveillance network orbiting our planet. Without it, the U.S. military suffers and struggles to fulfill its mission.”

Moreover, the U.S. State Department underscored that matter both in 2018 and again in 2020, saying that “Russian satellite behaviors were inconsistent with their stated mission and that these satellites displayed characteristics of a space-based weapon,” and characterizing the behavior as “hypocritical and concerning.”

Eugene Gholz, an associate professor of political science at the University of Notre Dame, also emphasized that – if accurate – it is no small matter. 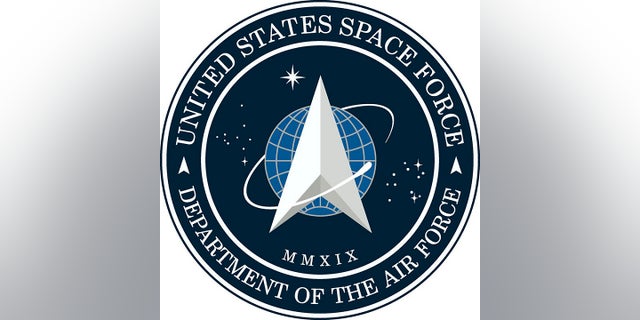 The logo for the newly-created Space Force. (AP)

But what is the newly-deployed and seemingly troublesome Cosmos 2543, also spelled Kosmos 2543?

Moscow deems it a “space apparatus inspector,” which does nothing more than observe and examine damage to other equipment on-orbit. Yet given its small stature and mobility, some defense experts suspect it could also double as spycraft or be used to destroy other critical space apparatuses in a number of ways – including launching projectiles, which the U.S. Space Force is accusing its Russian counterparts of dry-running in recent months.

“Details remain vague on this ‘inspector satellite,’ but the main concern is it’s able to launch small payloads toward another orbiting vehicle,” Miranda said. “Going by that alone, it does seem to have an offensive role, and this is what the U.S. military is concerned about.”

Dean Cheng, a senior research fellow and space expert at The Heritage Foundation, concurred that a big part of the problem quite simply is that we don’t entirely know what the Cosmos 2543 is and what it can do.

“It would appear to be a mini-satellite, launched from Cosmos 2542. Now, Cosmos 2543 has itself launched a smaller object,” he noted. “I am not aware of the U.S. testing anything akin to this. The U.S. and other states have talked about ‘servicing satellites,’ usually more in terms of systems that would be able to refuel and possibly repair satellites in orbit.”

“It is a shared interest and responsibility of all spacefaring nations to create the conditions for a safe, stable and operationally sustainable space environment,” the release continued.

But what that means in practice remains to be seen, as the two powers have different objectives when it comes to developing a protocol.

“Both sides are gearing up for a future where the killing of satellites would be a key capability in a war or conflict. The goal is simple: if your opponent is blinded, he can’t attack you. Having weapons that can kill satellites that would direct precision attacks, find potential threats, and even wage a nuclear war are clearly a game-changer,” observed Harry Kazianis, a senior director at the Center for the National Interest. “They also create the potential for a weapon that could create incentives to strike satellites first in a war, as whoever does so and does so fast has a good chance at coming out as the winner.”

Washington and Moscow are holding their first discussions on space militarization in Vienna this week. The Wall Street Journal said Trump administration officials hoped the meeting “would lead to the establishment of a set of voluntary norms for operating in space and possibly a new communications channel to link space officials on each side,” while Russia in contrast “has advocated a formal treaty against the placement of weapons in space, reflecting Moscow’s long-standing push to head off a potential U.S. effort to develop space-based antimissile defenses,” making it unclear if an agreement will be reached.

“There is clearly ongoing tension between the U.S. and Russia, in space but also on the ground. The Russian annexation of Crimea, its support for ‘little green men’ in eastern Ukraine, its pressure on Georgia and the Baltic states, all indicate that its relations with the West will remain tense for the foreseeable future,” Cheng said. “Space reflects terrestrial tensions, and it is likely that there will be further tests of new Russian weapons, as they would want to neutralize the American space advantage in any conflict.” 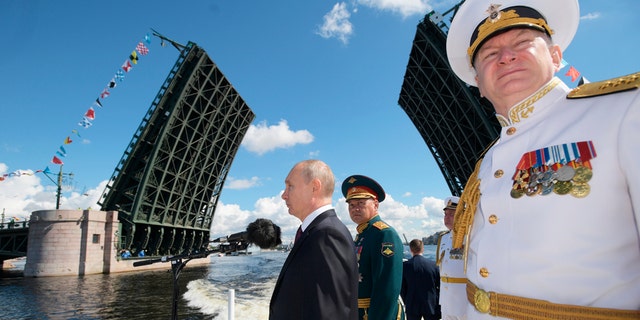 In addition to simmering space tensions with Russia, the U.S. Space Force also has to contend with China’s influence in the sphere as it is also actively curating an array on anti-satellite systems. In 2007, Beijing sent a message to its adversaries by shooting a kinetic anti-satellite missile to blow up a weather satellite,  demonstrating its prowess and generating the worst scattering of debris in the Space Age so far.

Experts warn that the aerospace warfare arena – while still in its infancy – could quickly emerge as the prominent battlefield for a substantial conflict in the not-so-distant future. Its domain is especially crucial for the United States, which depends upon space systems for everything from navigation and weapons guidance to intelligence collection, communications, data sharing and storage, and advanced attack warnings.

“The focus should be on ensuring that the U.S. will always have ready access to space, and be able to fulfill the necessary space-related missions to help assure victory in any conflict with any other state, be it China and Russia as major powers, North Korea or Iran as mid-size powers, or terrorist entities,” Cheng added. “Space contributes to operations against any adversary, and is vital to the American way of war.”

Hollie McKay has a been a Fox News Digital staff reporter since 2007. She has extensively reported from war zones including Iraq, Syria, Yemen, Afghanistan, Pakistan, Burma, and Latin America investigates global conflicts, war crimes and terrorism around the world. Follow her on Twitter.