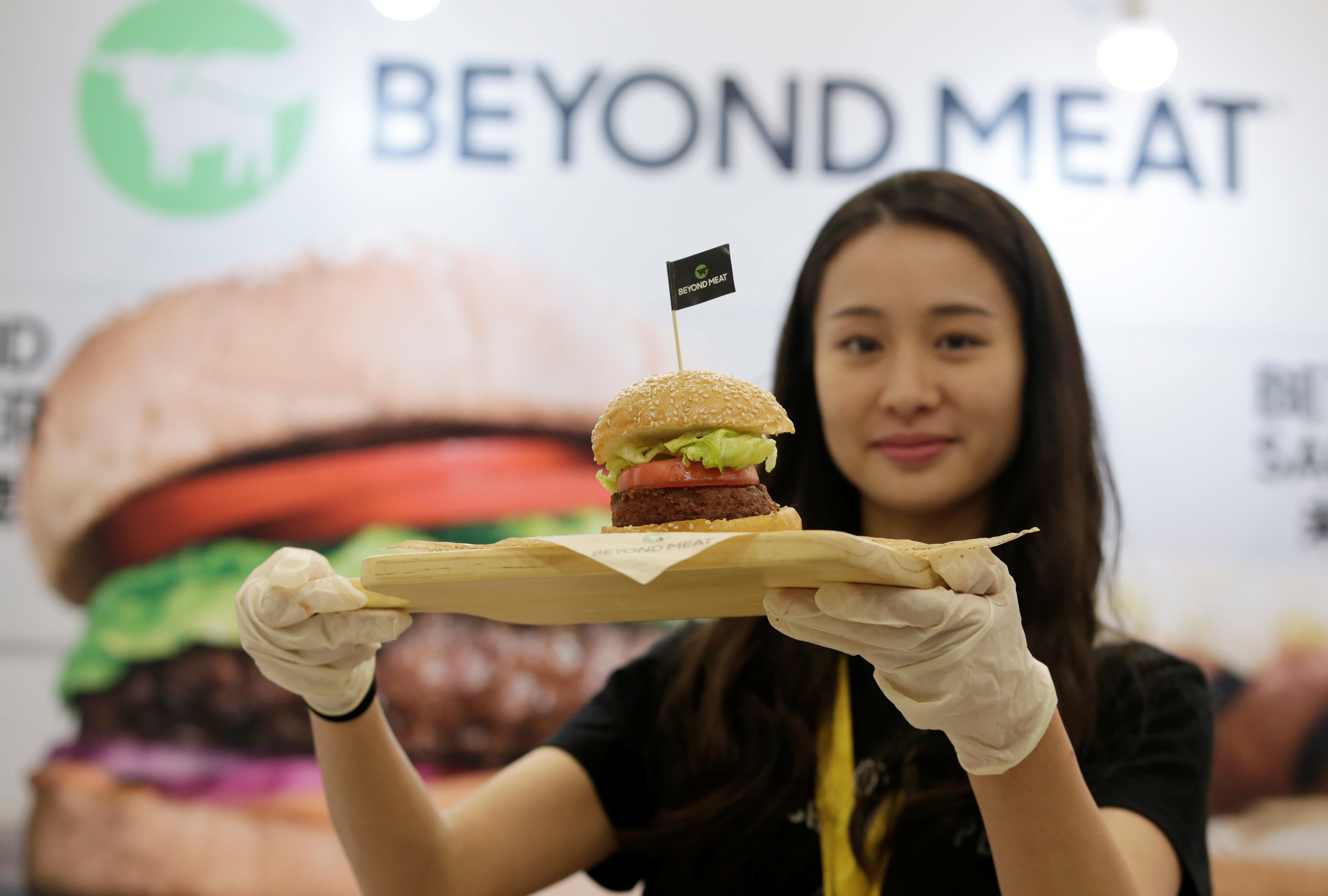 Beyond Meat’s (BYND) earnings release on Tuesday will do its best job at swatting away a pack of bears on Wall Street that have hit the stock lately.

The plant-based meat’s founder and CEO Ethan Brown tells Yahoo Finance the quarter reflects strong momentum in retail stores as it has moved to make its burgers more affordable and expand distribution during the COVID-19 pandemic. Beyond’s U.S. retail sales surged 194.9% from a year ago and by 166.7% overseas. Food service sales in the U.S. and overseas fell 60.7% and 56.5%, respectively, from last year.

Here’s how Beyond Meat performed compared to Wall Street estimates in the second quarter. The results below reflect adjusted numbers. Beyond says it had $5.9 million in one-time costs related to repackaging products to meet retail demand related to COVID-19. Including those costs, Beyond reported a net loss of 16 cents a share in the quarter.

“We are really fortunate to have these [trends],” Brown adds.

Beyond Meat’s stock has lagged the S&P 500 and Nasdaq (-0.8% versus 5.4% gains for the S&P 500 and Nasdaq, respectively) over the last month or so amid a few Wall Street analyst downgrades. The calls have tended to highlight Beyond Meat’s hearty valuation (forward P/E ratio of 625 times, per Yahoo Finance Premium data) at a time of pressured sales for food suppliers of restaurants. While that caution is well-placed, the fact is Beyond Meat continues to prove each quarter it remains a growth company…even in the face of a pandemic.

A meatless burger parry called Beyond Burger is on display at a grocery store in Richmond, Va., Thursday, June 27, 2019. (AP Photo/Steve Helber)

Brown tells Yahoo Finance he has seen no impact to the business from heated rival Impossible Foods gaining more distribution at retail. Moreover, Brown hints that a host of new deals are soon ahead for Beyond Meat.

“Starbucks is doing well, we’ve got 3,000 stores there [in China],” Brown says. Beyond launched at Starbucks in China back in April. “They will be doing more this month,” Brown adds, noting the company has begun tests at KFC and Taco Bell in China as well as with some local quick-service chains.

Brian Sozzi is an editor-at-large and co-anchor of The First Trade at Yahoo Finance. Follow Sozzi on Twitter @BrianSozzi and on LinkedIn.