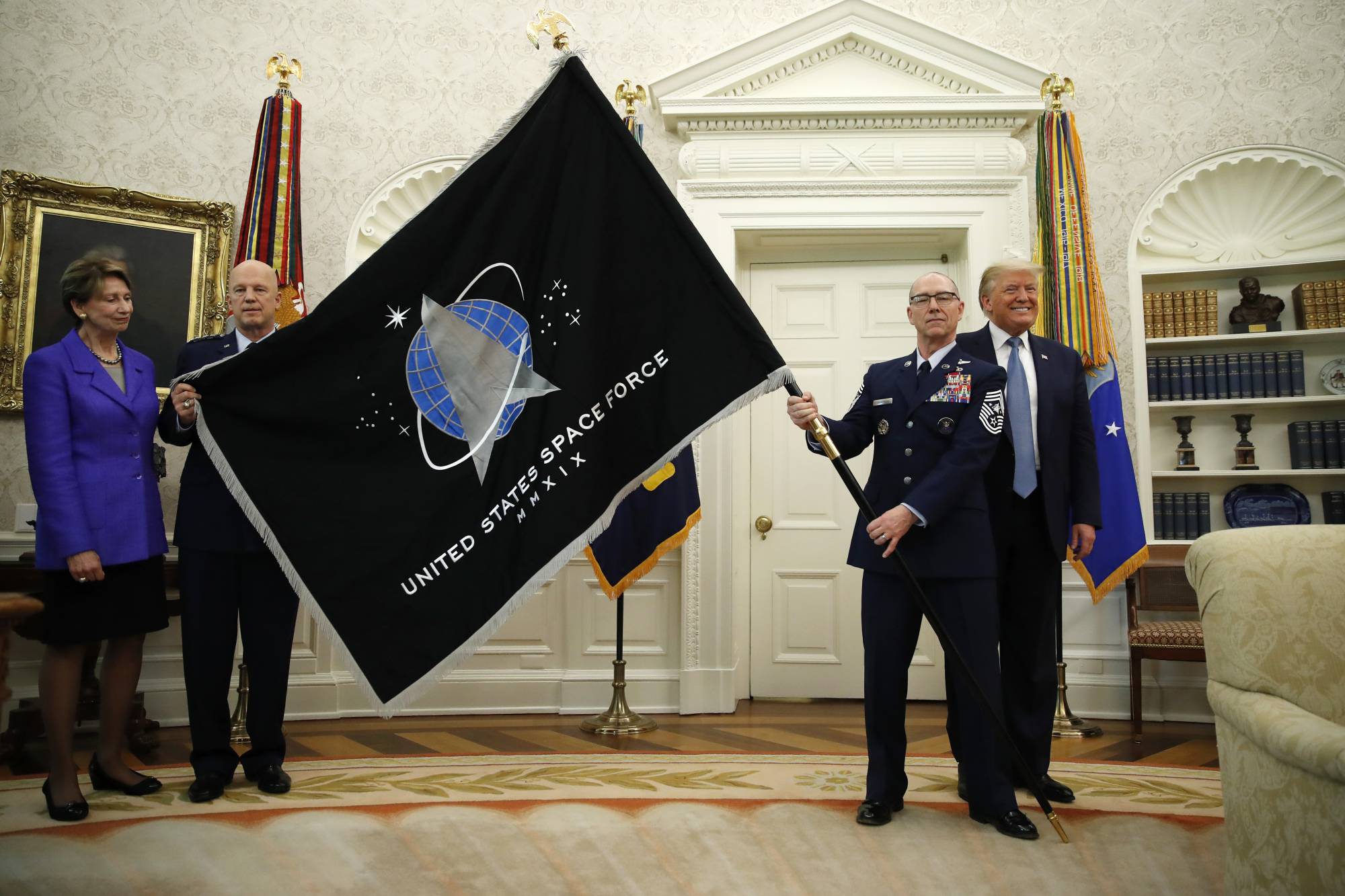 The DoD Reporter’s Notebook is a weekly summary of personnel, acquisition, technology and management stories that may have fallen below your radar during the past week, but are nonetheless important. It’s compiled and published each Monday by Federal News Network DoD reporters Jared Serbu and Scott Maucione.

It won’t be until early next year that the Defense Department settles on a new home for the new U.S. Space Command, but even once the decision is made, SPACECOM won’t be leaving its current location anytime soon.

Officials said Friday that DoD’s newest combatant command will stay at its temporary home in Colorado Springs for the next six years; it’s expected to take about that long for a new basing decision to be made and new facilities to be built.

“I am thrilled that Colorado Springs has been chosen as the provisional location for U.S. Space Command,” Rep. Doug Lamborn (R-Colo.), who represents the area, said in a statement.  “We have the personnel, infrastructure, and talent pool already in place, and our space warfighters and industry partners are in our community conducting national security operations 24 hours a day, 7 days a week.”

In a letter to governors, John Henderson, the assistant secretary of the Air Force for installations said the new location would need to be within commuting distance of one of the nation’s biggest 150 metropolitan areas, within 25 miles of a military base, and have a score of at least 50 out of 100 on AARP’s “Livability Index.” —JS

Every year the Government Accountability Office picks out recommendations it’s made that are extremely important, but have yet to be completed. This year, GAO pointed out 91 priority recommendations that the Defense Department is lagging on. The areas range from acquisition management to readiness to healthcare and sexual harassment.

“Priority open recommendations are GAO recommendations that warrant priority attention from heads of key departments or agencies because their implementation could save large amounts of money; improve congressional and/or executive branch decision making on major issues; eliminate mismanagement, fraud, and abuse; or ensure that programs comply with laws and funds are legally spent, among other benefits,” according to the new report.

DoD is making progress in addressing at least some of GAO’s longstanding concerns. Last year’s list included 91 priority recommendations. Since then, DoD officials have addressed 27 of them, but GAO added 17 new ones to this year’s list. — SM

The Defense Department may have left its check engine light on when it comes to military health system. A new report from the Project on Government Oversight makes the case that DoD prioritized funding procurement programs as it let its health system languish. The result is the possibility for longer wait times for patients. It also means DoD has to lean more heavily on the civilian medical community in times of crisis.

“The public show of military doctors aiding in the coronavirus response belies the fact that the military health system lacks the ability to handle even the routine health needs of the services during normal conditions,” Dan Grazier, POGO’s military fellow, wrote.

“The current proposals to shift military health care to civilian providers, which have been temporarily halted in the wake of the coronavirus pandemic, should be reevaluated once the crisis passes,” Grazier wrote. ”Plans that make sense for normal peacetime operations are not the standard for which the military prepares itself.” — SM

Federal law already requires U.S. high schools and colleges to turn over their students’ contact information to military recruiters if they want to keep receiving federal funding. But the Defense Department says the kinds of information it’s getting isn’t particularly helpful in the 21st century.

So one of DoD’s requests for the upcoming 2021 Defense authorization bill is to change the law to require schools to hand over students’ email addresses and cell phone numbers. The current statute only requires them to provide mailing addresses and “telephone listings.” The department suggested many schools have interpreted that to mean home landline numbers.

“Many people prefer to communicate by email and text message; further, many people no longer have a landline phone number. The statutes as currently written only allow for the collection of outdated communication information,” Defense officials wrote to lawmakers in the legislative proposal. “Half of today’s youth admit that they know little to nothing about the military. Our goal is to inform the target youth market about all the options available to them. We need the youth market and their influencers to understand the military, what the military does, and what service the country can do for them.”

The Defense Department Inspector General’s Office is setting up a handful of investigations into the Pentagon’s response to COVID-19. DoD IG has 10 planned reports ranging from looking into screening and quarantine procedures to the impact of coronavirus on basic training.

The work will also oversee how DoD spends the more than $10.5 billion afforded to it through the coronavirus relief package. DoD IG was given $20 million in that appropriation for oversight.

DoD IG is already looking into six coronavirus related issues including contracts for equipment and supplies in support of relief, an audit of entitlements and allowances for mobilized reserve services members and an evaluation of the Navy’s plans and response to the virus’ outbreak aboard ships.

Other planned work includes a look into DoD’s cybersecurity in the COVID-19 telework environment and an assessment of the combatant commands’ response to the virus.  — SM

The Navy Department is taking another step toward accelerating its 5G wireless deployments — or at least getting rid of one policy barrier that may have been slowing things down.

Navy and Marine Corps base commanders now have the authority to move ahead with commercial 5G buildouts without conducting an electromagnetic interference (EMI) study first. The Navy says an increase in commercial wireless deployments on its bases has created a backlog of studies waiting to be done.

According to a memo Aaron Weis, the Navy Department’s chief information officer signed earlier this month, commanders can instead issue an “interim authority to radiate” to let local projects move forward while they’re waiting for those EMI studies.

The Space Force now has its own flag. The leaders of the Air Force and Space Force met with the president in the Oval Office on Friday to unveil the new addition to vexillology. The flag looks similar to the Space Force logo, which has a gray Star Trek insignia-type shape overtop of a representation of earth. The Roman numerals for 2019 are below the logo. A satellite circles the logo and behind it is a field of stars.

“We’re proud of this flag, we’re proud to have an opportunity to present it to you here for display in the White House,” Gen. Jay Raymond, chief of space operations said.

The Space Force has still yet to come up with a name for what it will call its service members and music fans are still waiting on what the song for the newest military service will be. — SM