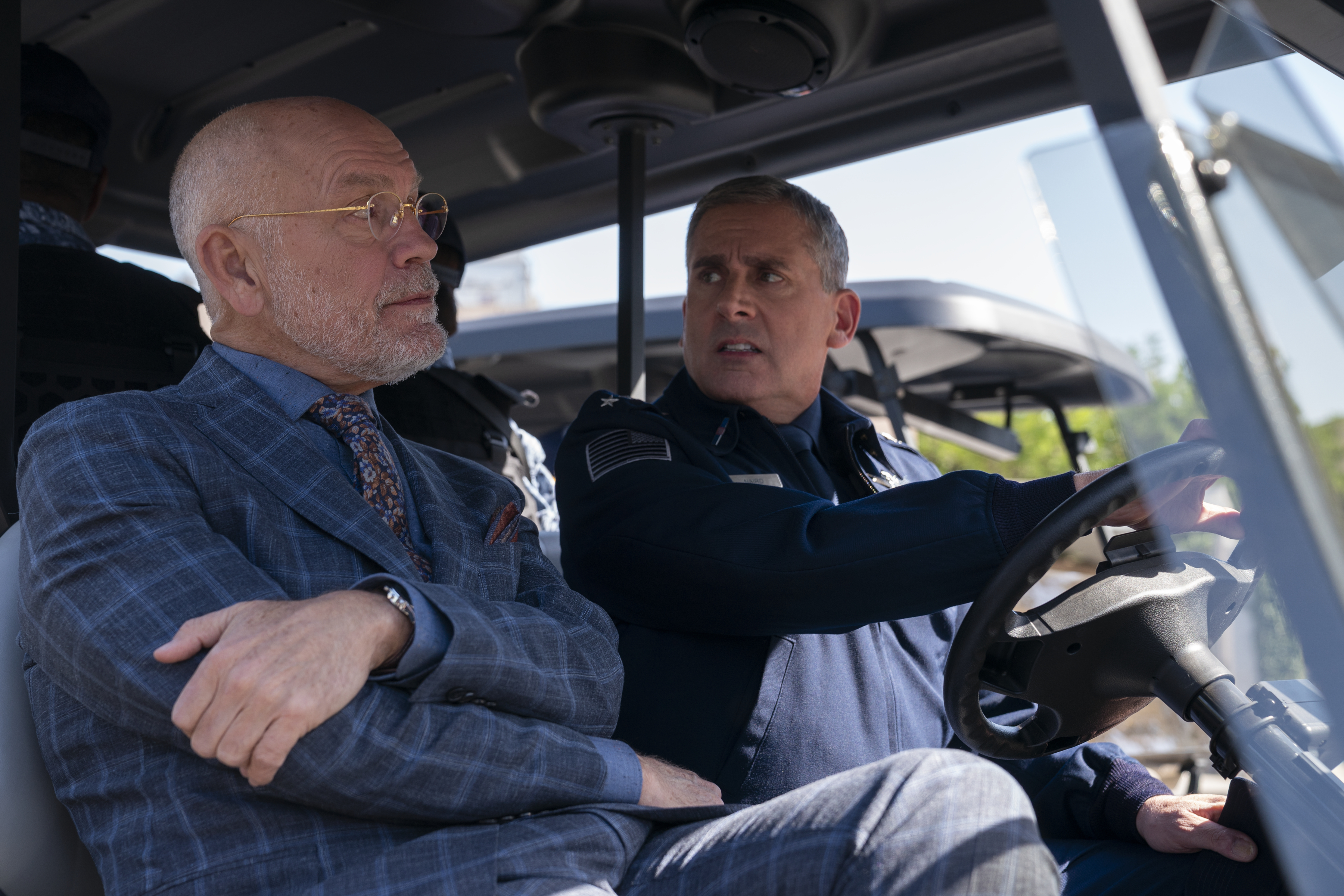 Netflix also unveiled a podcast tied to the series, titled “Inside Joke,” and both will debut May 29.

One “Space Force” is almost ready to launch. The Steve Carell-starring Netflix comedy has unveiled a second trailer that shows off more of what the actor and Greg Daniels (of “The Office” fame) have up their sleeve.

The series is described as a workplace comedy following a decorated pilot with dreams of joining the Air Force. Unfortunately, as the new trailer shows, General Mark R. Naird (Carell) ends up accidentally launching a rocket and is “rewarded” with heading up Space Force, the government’s attempt to colonize space. Naird becomes responsible for a ragtag group of scientists and civilians, including his “science guy,” Bill (John Malkovich), all with the hopes of pulling off a successful new feat — or, at least, not a catastrophic failure.

The trailer highlights not just Carell and Malkovich but also Lisa Kudrow and Diana Silvers as Mark’s wife and daughter, respectively. Jimmy O. Yang (“Silicon Valley”) plays one of Space Force’s scientists and Noah Emmerich (“The Americans”) plays a fellow military colleague with a beef against Carell’s Mark.

In addition to the trailer, Netflix announced a “Space Force” podcast entitled “Inside Joke,” set to premiere May 29. Here’s what to expect from the new audio series, as described in a synopsis from Netflix:

Space is hard, but this podcast makes it look easy. Join host and star Jimmy O. Yang starting May 29 as he welcomes the cast and crew behind the new Netflix series “Space Force” for a 10-part podcast exploring the stories behind the show. New episodes Mondays and Thursdays each week, with guests like Steve Carell, Greg Daniels, John Malkovich, Ben Schwartz, Tawny Newsome, Diana Silvers, and many more.

Carell has said that despite the title having a real-world parallel, the show will not be political and holds little in common with what’s going on in reality. In discussing the series in a statement, Carell said, “Netflix pitched the show to me, and then I pitched the show to Greg, and we all had the same reaction to it. There was no show, there was no idea, aside from the title. Netflix asked, ‘Do you want to do a show called ‘Space Force’?’ And I pretty much immediately said, ‘Well yeah, sure. That sounds great.’ And then I called Greg, and I said, ‘Hey, you want to do a show called ‘Space Force’?’ And he said, ‘Yeah, that sounds good. Let’s do it.’ And it was really based on nothing, except this name that made everybody laugh. So we were off and running.”

This will mark Carell’s return to television after a successful run on “The Office.” Watch the trailer below.

“Space Force” premieres May 29 on Netflix. “Inside Joke” will be released the same day.

Sign Up: Stay on top of the latest breaking film and TV news! Sign up for our Email Newsletters here.