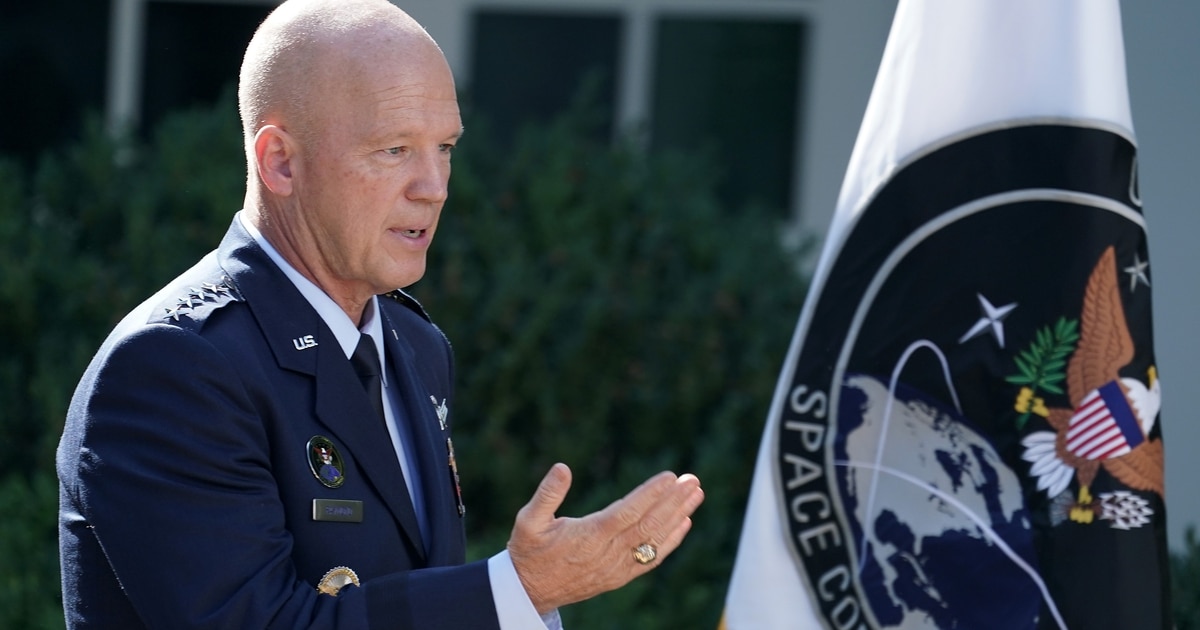 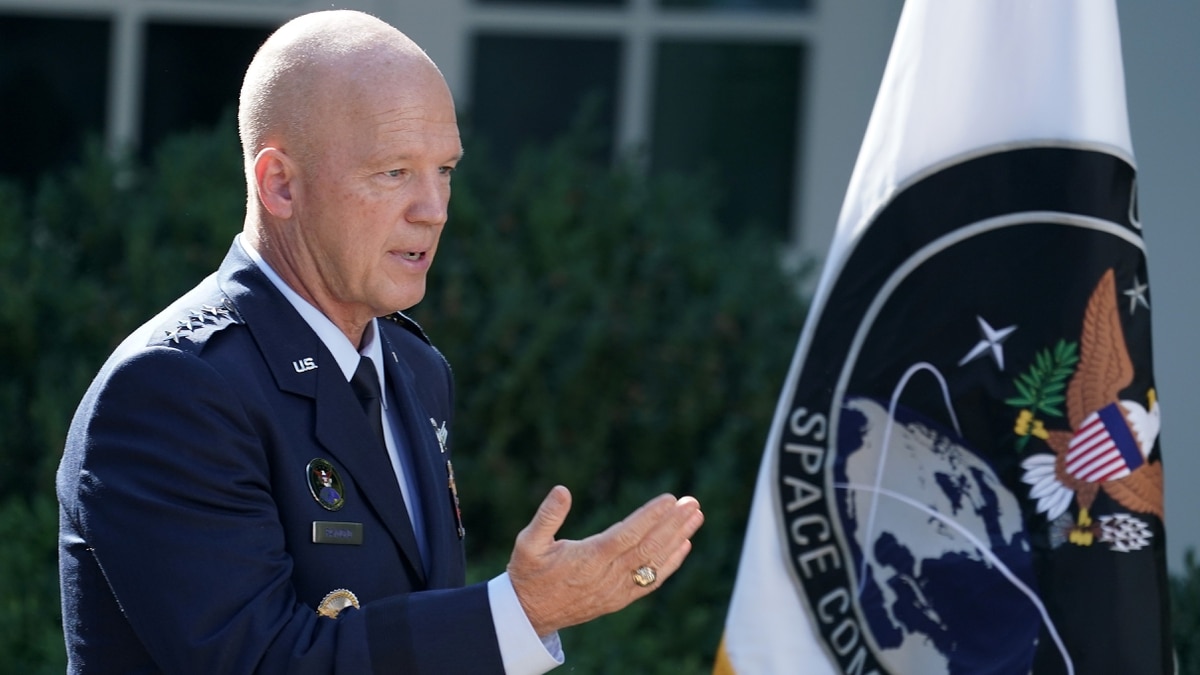 Gen. John “Jay” Raymond, the head of both Air Force Space Command and U.S. Space Command, stands next to the flag of the combatant command, which officially launched Aug. 29. (Chip Somodevilla/Getty Images)

WASHINGTON ― Congress is creating a new, independent Space Force within the Department of the Air Force, but lawmakers want to make sure its budget doesn’t go to infinity and beyond.

Negotiators of the 2020 defense policy bill, the National Defense Authorization Act, reached a compromise Monday that redesignates Air Force Space Command as the new, sixth armed service. But wary of adding costs and bureaucracy, lawmakers included language to prohibit any new billets. That means the Defense Department will have to draw from thousands of military personnel in existing space organizations, including those in the Air Force and across the department.

“I think that’s going to be one of the most important provisions during the transition period. What it will force the Air Force and the Office of the Secretary of Defense to do is take a hard look at what they will have to transfer into Space Force,” said Todd Harrison, a space and budget expert with the Center for Strategic and International Studies. “They will be forced to do it within existing head count and not grow.”

That’s not to say Space Force would come without any new positions and organizations. It creates a chief of space operations, or CSO ― a title based on a Navy model ― who will report directly to the Air Force secretary and become a member of the Joint Chiefs of Staff. Gen. John “Jay” Raymond is the current commander of both Air Force Space Command and U.S. Space Command, the unified combatant command.

During the first year, the CSO may also serve as the commander of U.S. Space Command. He would be required to update Congress every 60 days for the first two years, with briefings and reports on implementation and establishment status.

The bill also establishes an assistant secretary of the Air Force for space acquisition and integration to serve as the “senior space architect.” The individual would chair a Space Force Acquisition Council and, in 2022, become the service’s acquisition executive ― overseeing and directing the Space and Missile Systems Center, Space Rapid Capabilities Office and Space Development Agency.

The NDAA also establishes an assistant secretary of defense for space policy as the senior civilian in the Office of the Secretary of Defense for oversight of space war fighting.

Harrison reckoned that splitting space-related acquisition authority from the Air Force, which was a feature in the Senate bill, would anger Air Force leaders. Still, it was a needed step to make it “a true, independent service,” he said.

“The big unknown is implementation,” Harrison explained. “How, when and what do they transfer from the other services in to the Space Force? That will make or break it.”

Now that the official creation of a Space Force simply awaits President Trump’s signature, the Pentagon’s plan is to form a small staff of about 200 people to conduct the detailed planning work that will solidify the service’s structure and make foundational decisions about the Space Force’s culture, including its doctrine development and its uniforms.

According to documents obtained by Defense News in September, once the president signs the act into law, the Pentagon will have 90 days to stand up the “initial Space Force staff,” which will be comprised of about 151 personnel from the Air Force, 24 from the Army, 14 from the Navy and Marine Corps, and nine from the Joint Staff, the Office of the Secretary of Defense and the intelligence community.