Can Sugar Destroy a Car’s Engine?

White Claws Are Fine. These Highballs Are Better.

This Warship Is On Fire. It May Never Be Saved.

After more than 60 years, the U.S. military adds another member to the family. 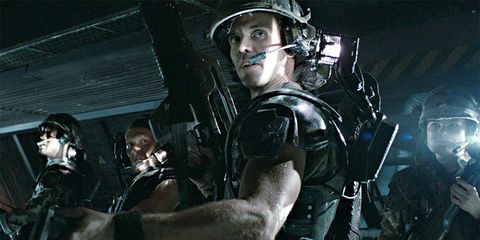 It’s really happening. A bipartisan budget agreement for 2020 will see the creation of a new branch of the military specifically oriented towards space. The United States Space Force will be the first new service branch in more than 60 years, tasked to ensure America’s freedom to operate in outer space—or take space away from somebody else.

According to a draft of the 2020 National Defense Authorization Agreement, also known as the 2020 U.S. defense budget, the Pentagon will redesignate the U.S. Air Force’s Space Command the U.S. Space Force, spinning it off from an arm of the Air Force into a separate service.

The service will be headed by a Chief of Space Operations, similar to how the U.S. Navy is headed by a Chief of Naval Operations and consist of “the space forces and such assets as may be organic therein.” That’s pretty ambiguous language but probably means most of the Air Force’s space assets, from satellite launching facilities like Vandenberg Air Force Base in California to spacecraft ground control bases like Schriever Air Force Base in Colorado. It’ll also include america’s network of GPS satellites, the X-37B spaceplane, and other military space assets. The Space Force will also likely strip away a smaller number of assets and personnel from the U.S. Army and Navy. 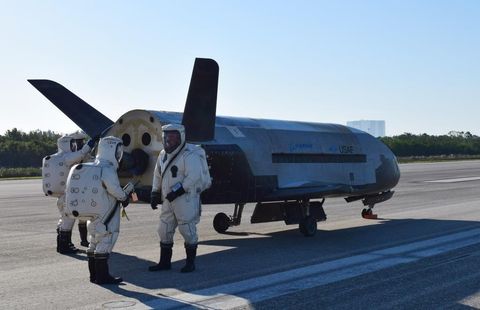 The budget agreement says the Space Force will be “organized, trained, and equipped to provide— (1) freedom of operation for the United States in, from, and to space; and (2) prompt and sustained space operations.” The Chief of Space Operations will report to the Secretary of the Air Force, much the way the Commandant of the Marine Corps reports to the Secretary of the Navy.

America hasn’t seen a new military branch since 1947, when the U.S. Air Force spun off from the U.S. Army. In September, Defense News reported that the Air Force, which will provide the bulk of the manpower, envisioned a force of less than 200 personnel right away, “151 Air Force personnel, 24 Army, 14 Navy, and nine additional personnel from the Pentagon and the U.S. intelligence community.” Ultimately over 15,000 Air Force personnel could cross over to the Space Force.

There’s a lot of detail that needs to be worked out for America’s newest military branch. Where will the Space Force headquarters be located? Will the Space Force absorb all of the space assets of every service or just most of them? Will the Space Force have its own academy or will space-bound cadets enroll at the U.S. Air Force Academy? Will there be a space demonstration team, like the Air Force’s Thunderbirds and the Navy’s Blue Angels?(Let’s hope so). 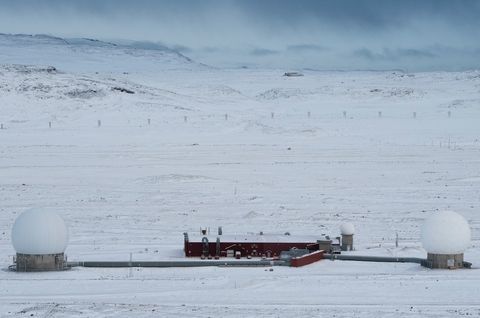 Could the Space Force eventually field manned, armed spaceships? In 1794, the year it was established, the United States Navy was equipped with just six frigates. Today the Navy numbers nearly 300 warships worldwide. Who knows what the next 230 years could bring for the Space Force.

But as exciting as a new military branch is, it’s not great news in the long run. Mankind brings war into every domain it enters—first sea, then air, and now space. As cool as it sounds, the militarization of space is a net loss for mankind.