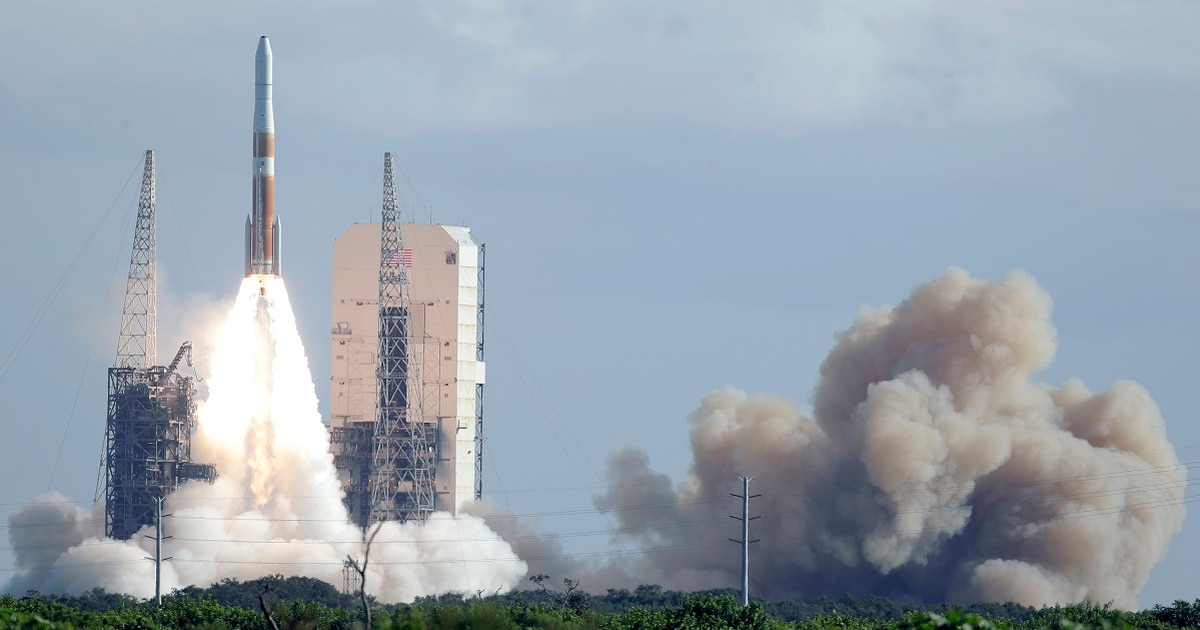 Air Force officials on Friday told reporters that people are clamoring for information on how to join the military’s latest branch. The short answer is, they’re going to have to wait a while.

President Trump officially signed the Space Force into law Friday, but for now, all that means is everyone at Air Force Space Command will now be assigned to Space Force. Over the next 18 months, officials said, the finer details of manning and training the new branch will be hammered out and set in motion.

“It’s going to be really important that we get this right. A uniform, a patch, a song ― it gets to the culture of a service,” said Air Force Gen. Jay Raymond, the head of Air Force Space Command and U.S. Space Command, who will lead Space Force until a chief of space operations is confirmed by the Senate. “There’s a lot of work going on toward that end. It’s going to take a long time to get to that point, but that’s not something we’re going to roll out on day one.”

For now, the 16,000 active-duty airmen and civilians who work at Air Force Space Command will be assigned to the Space Force, but nothing else will change. Uniforms, a rank structure, training and education are all to be determined, and for the foreseeable future, Space Force will continue to be manned by airmen, wearing, Air Force uniforms, subject to that service’s fitness program, personnel system and so on.

Meanwhile, U.S Space Command, which stood up in August, will continue to exist as a combatant command, similar to Cyber Command, Special Operations Command and others.

“There have been Army and Navy, especially, participants in the planning and the development of the staged roll-out that we have underway,” Air Force Secretary Barbara Barrett said.

Barrett will be the Space Force’s service secretary, as the service will be nestled within the Air Force Department, the same way the Marine Corps is part of the Navy Department.

Eventually, she said, those services’ space commands will be rolled into Space Force, and those personnel will transfer branches. In the more immediate future, officials said, soldiers and sailors could be detailed to Space Force.

About 2,000 of the initial personnel are specifically Air Force space professionals, who spend their careers in those billets, will be transferred to the Space Force when it gets its own personnel system up and running. There are several thousand more airmen who support Air Force Space Command, including contracting personnel, engineers, security forces and others. They will move on to other Air Force billets once their tours are over.

Officials drew some comparisons to the birth of the Air Force, which came out of the Army Air Corps, and the process it took to grow a new service ― though at the time, the Army Air Corps was a fairly self-contained organization, with a shared history and unique cultural identity to pass on.

“There’s not a really good playbook on, how do you stand up a separate service?” Raymond said. “We haven’t really done this since 1947.”

Officials did not answer definitively when or whether Space Force would be standing up support commands, to include logistics, security forces, medical, legal, financial or other specialties.

“There’s still a lot of things that we don’t know,” Raymond said.

As the saying goes, the Army equips soldiers and the Navy mans equipment. The Space Force will be more like the latter, Barrett said, as technology will be its main mission, and its manning needs will be rather lean. She offered the Global Positioning System as an example of a mission that is vital and far-reaching in scope, but has a relatively small personnel footprint.

“The whole GPS system that the world depends upon so significantly — 40 operators run that system,” she said.

Without sharing details of the plan, a senior Air Force official said on background, because he was not authorized to speak on the record, there will be 30, 60 and 90-day benchmarks to meet. Where it took three years to stand up the Air Force, he said, the Space Force hopes to be off and running in 18 months or less. That includes, he added, sending a four-star officer to represent the service on the Joint Chiefs of Staff.