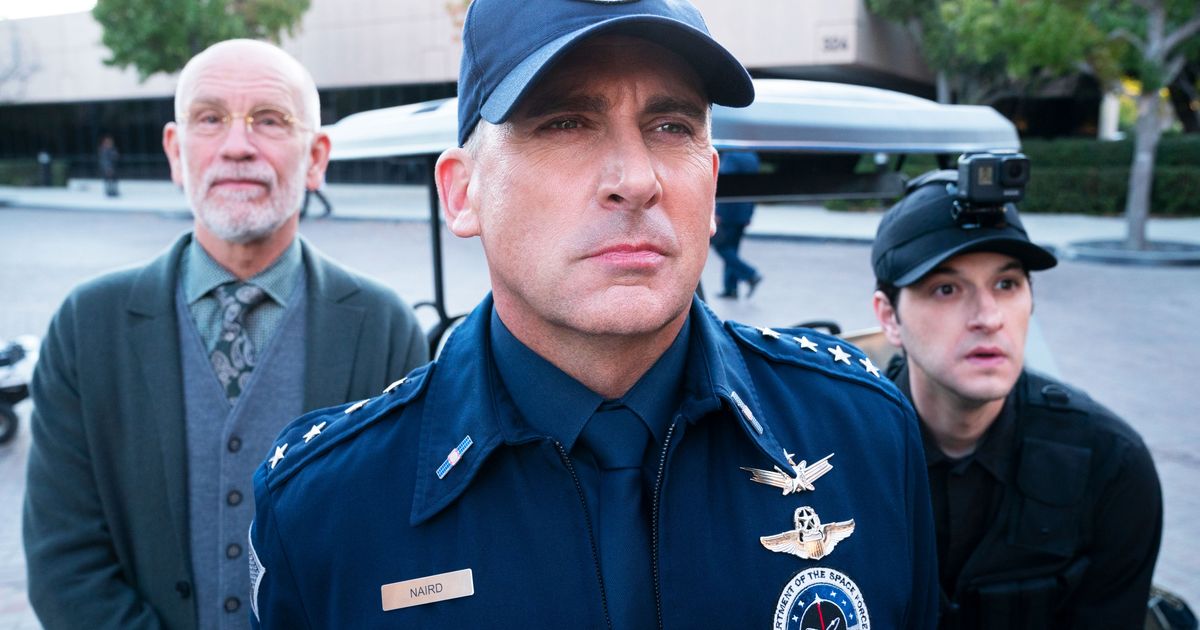 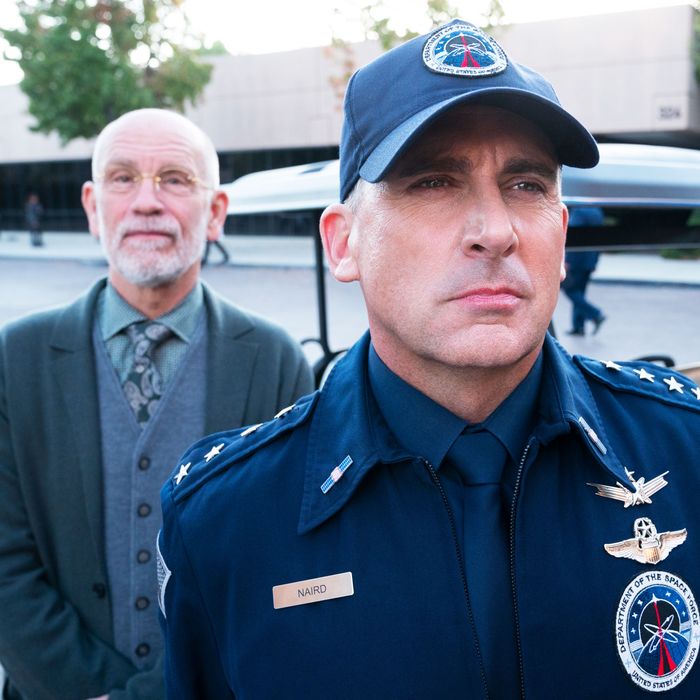 Why is this happening? That’s the question I asked myself two years ago when it was announced that President Donald J. Trump planned to create a new, sixth branch of the military called the Space Force. It is also the question I asked myself after watching a few episodes of Space Force, the Netflix comedy that imagines how this new section of the armed forces might function internally (spoiler: not well!). Why and how did a series co-created by The Office veterans Greg Daniels and Steve Carell, with a cast of really funny actors — including Carell, John Malkovich, Ben Schwartz, Lisa Kudrow, the late Fred Willard, Noah Emmerich, and Dan Bakkedahl, among others — come out this bad?

It’s painful to say this, but Space Force is a massive misfire, a show shocking in its inability to generate modest chuckles, let alone laughs. While it’s obviously been inspired by real events, it is less a political satire and more a workplace comedy that happens to be set within a dysfunctional American government determined to get boots back on the moon as quickly as possible. A workplace comedy that reteams Michael Scott with the creator of the American version of The Office? It’s the stuff of streaming-TV dreams, the kind of outcome executives at Netflix had to have been hoping for when they pitched Carell two years ago on doing a show inspired by the Space Force, prompting the actor to bring in his old friend Daniels and develop the series — or rather, overdevelop it.

Considering that its first season consists of only ten half-hour episodes, Space Force tries to cover an oversize amount of story terrain. Centering on Gen. Mark Naird (Carell), a lifelong military man who believes he’s about to take over the Air Force but is unexpectedly named head of the Space Force, the episodes focus on his relationship with Dr. Adrian Mallory (Malkovich), the top scientist at Space Force, as well as the missteps involved in executing Space Force’s various missions.

There are also running storylines about Mark’s fraught communication with his daughter, Erin (Diana Silvers of Booksmart); the state of his marriage to his wife, Maggie (Kudrow); the demands of caring for Mark’s aging father, portrayed by the wonderful Willard; and Mark’s rivalry with Air Force chief Kick Grabaston (Emmerich). That’s to say nothing of the side characters who also earn prime screen time, including soldier Angela Ali (Tawny Newsome), Chan (Jimmy O. Yang), Dr. Mallory’s No. 2, and PR flack F. Tony Scarapiducci (Schwartz), whose last name does sound a lot like Scaramucci, thanks for asking. Without intending to, individual episodes of Space Force sometimes operate like one of Donald Trump’s sentences: They start in one place, veer in a whole bunch of directions, and eventually end without making it clear what they intended to say.

The excessive plotting is just one of the problems in Space Force, though. An even bigger one is that the vast majority of its jokes simply don’t land. From episode one, there’s a tonal and pacing issue that is never resolved and suggests the season is still trying to find sure footing well past its halfway mark. Space Force is all effort, as opposed to effortlessness. The degree to which it is trying very hard is apparent in every reaction shot that’s held for too long and every punchline that just lays there, exhausted, in the space between actors. There is way too much dead air in too many scenes.

All of this is a shame because the cast — did I mention Jane Lynch, Patrick Warburton, and Diedrich Bader are all members of the Joint Chiefs of Staff? — is so strong and delivers some really good performances. Mark is an orderly, by-the-books guy, and Carell carries him accordingly, with ramrod straight posture and a jaw perpetually clenched, either in determination or, perhaps, because he’s grinding his teeth in frustration. He even gives his voice a gravelly quality that suits a guy who is used to barking orders at inferiors. Carell makes me believe Gen. Mark Naird could exist, which is his job as an actor. But as written, the character is the straightest of straight men; it seems like Carell’s skills could have been put to better use if Naird were hiding at least a couple of eccentricities beneath his formal dress coat.

The performances that actually succeeded in evoking some laughs come from Willard, who appears all too briefly, Schwartz, and Malkovich. As F. Tony — nickname: Fuck Tony — Schwartz is doing a bit of a riff on his legendary Jean Ralphio from Parks and Recreation, but he has such a gift for gear-shifting from privately irked to overly schmoozy that it’s tough to complain about that. Watching his character, it’s tempting to wonder whether this show might have worked better from the point of view of the public relations officials forced to explain or defend what the Space Force is doing.

As for Malkovich, he’s mostly playing a straight man, too. But when he loses his temper, it is gold. There’s one sequence in which Dr. Mallory has to sprint to his lab and then back to Naird’s office simply because he forgot his ID. As he jogs, he pointedly flips the bird at random colleagues as if he’s giving the finger to the whole notion of bureaucracy. Between this moment and this speech in Burn After Reading, I have realized that I am a big fan of an extremely niche form of comedy called John Malkovich Being Pissed at People Who Work for the Federal Government.

However, those coming to Space Force looking for some pointed jabs at our current tweeter-in-chief will be disappointed. The series is less invested in commenting explicitly on the bedlam in Washington than it is in crafting a winking, alternate-ish universe. There are some allusions to the actual White House and Congress. The texts that Mark receives from POTUS are clearly written in Trump-style rhetoric. (The general is called a “loser” at least once.) An “angry” Latina congresswoman from New York is clearly meant to be a nod to Alexandria Ocasio-Cortez. At one point, there is a prescient joke about the elimination of the Postal Service. But Donald Trump’s name is never spoken.

As has often been the case with attempts at political satire in the Trump era, even on a series that is designed to highlight the ridiculousness at work in the highest levels of American government, nothing ever seems quite as ridiculous as what actually happens on a regular basis. As I was writing this review, news broke that NASA’s planned SpaceX launch had been postponed due to inclement weather, a fitting thing to hear while considering this unfortunately disappointing show. Like that rocket left sitting at the Kennedy Space Center, Space Force just can’t get off the ground.