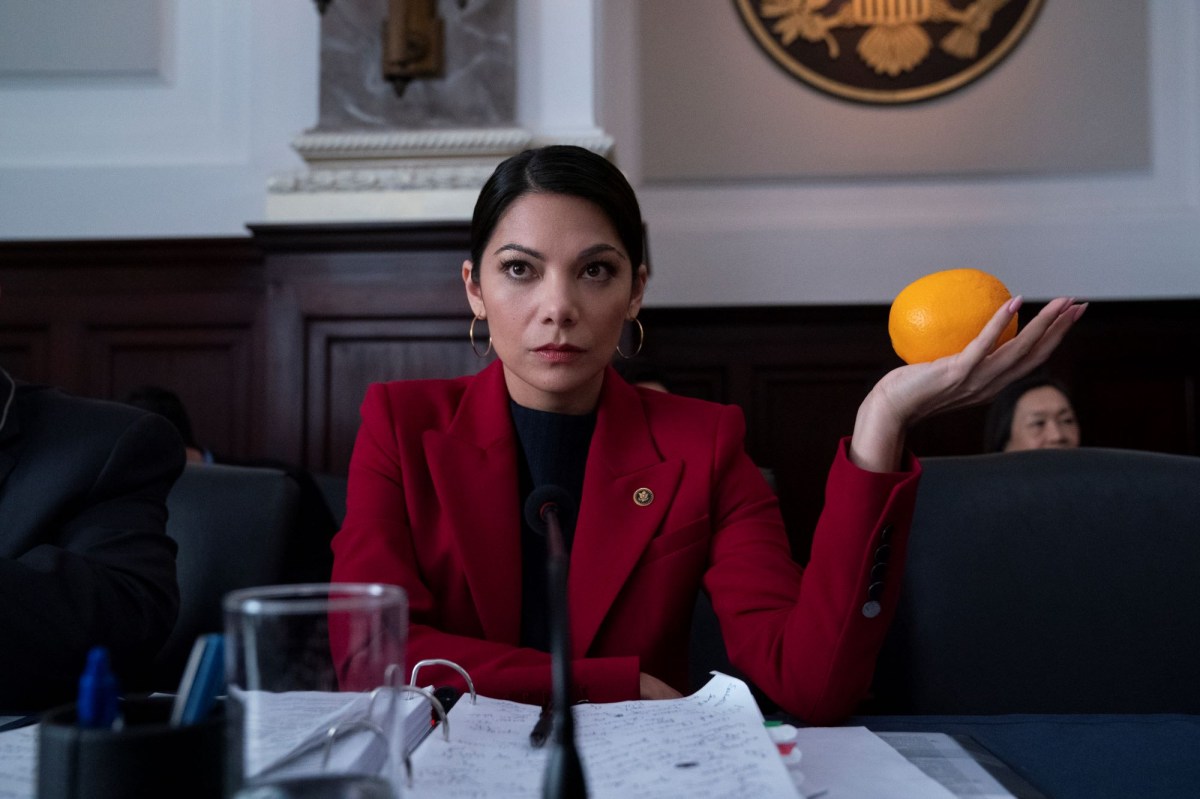 AOC is getting time on the small screen.

On the show, a bumbling member of the Air Force (played by Steve Carell) struggles while running the newest branch of the military, the Space Force. The show’s Astro-bureau was started at the urging of the unnamed president on his Twitter feed. President Trump created the real-life Space Force in 2019.

Rep. Ocasio-Cortez’s counterpart is named Representative Anabela Ysidro-Campos, who hails from New York. She’s introduced as the youngest member of the military-spending committee which Carell’s character, General Naird, is testifying to.

Ysidro-Campos talks with her hands and wears a red suit. “I want to tell my constituents on food stamps why your agency needs a $10,000 orange?” she asks, grilling Naird.

The New Yorker is played by Ginger Gonzaga.

“Hi @AOC I play aYc on @realspaceforce on @Netflix, a show made by kind, smart people like you!,” the actress wrote to the congresswoman on Twitter.

“It’s an honor to play even a satirical version of you, & if you see it, I hope it makes you giggle. Grateful 4 this excuse to say thanks 4 all your work…especially now. #bffs?”