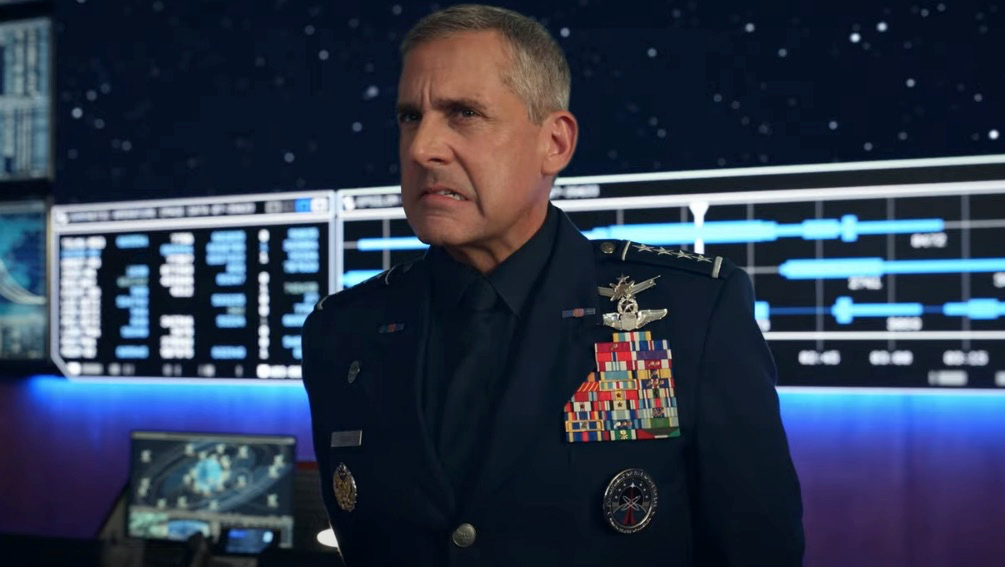 As President Donald Trump continues to lose his fascist grip over America, so too does his precious Space Force over Netflix’s hit comedy-of-the-same-name. According to The Hollywood Reporter, the streaming giant has beat the US government at securing trademark rights for Space Force in Europe, Australia, Mexico, and elsewhere.

What about America? Good question. So far, the Air Force has a pending application based on an intent to use, though nothing has been made official. The US operates on a “first-to-use” trademark registration system, which is based on actual use of commerce opposed to first come, first served like every other country around the world. For their part, Netflix began submitting trademark applications for Space Force as early as January 2019.

All of which is to suggest that this could lead to some legal mumbo jumbo between the US and Netflix, even despite parodies being protected under trademark law. The Hollywood Reporter uses the example of a “Space Force” jumper being sold in retail stores: “Who’s selling? The US military or Netflix? Trademarks help clarify the source of goods and services.”

Given Trump’s unpredictable nature, it’s anyone’s guess how he’ll react upon learning that Netflix is seeking to one up his beloved Space Force. As attorney Ed Timberlake told The Hollywood Reporter, “Here, the branch is so new, and the executive branch so commercialized, and the commander in chief so attention-seeking, that I’m not sure we can know quite what to expect.”

So far, so good, though, as an Air Force spokesperson told the publication: “At this time, we are not aware of any trademark conflicts with the fictional program Space Force produced by Netflix. We wish Netflix and the show’s producers the best in their creative depiction of our nation’s newest branch of the military.”

Needless to say, this is a developing story. Meanwhile, the Steve Carell-led series is currently streaming on Netflix, and while it’s hardly worth your time, it’s nice to know its mere existence may prove to be a headache for our schmucko commander.

Editor’s Note: Previously, the title erroneously called it a “copyright battle.” The title has since been amended.

The Killers Perform “Land of the Free” With New Lyrics About George Floyd: Watch