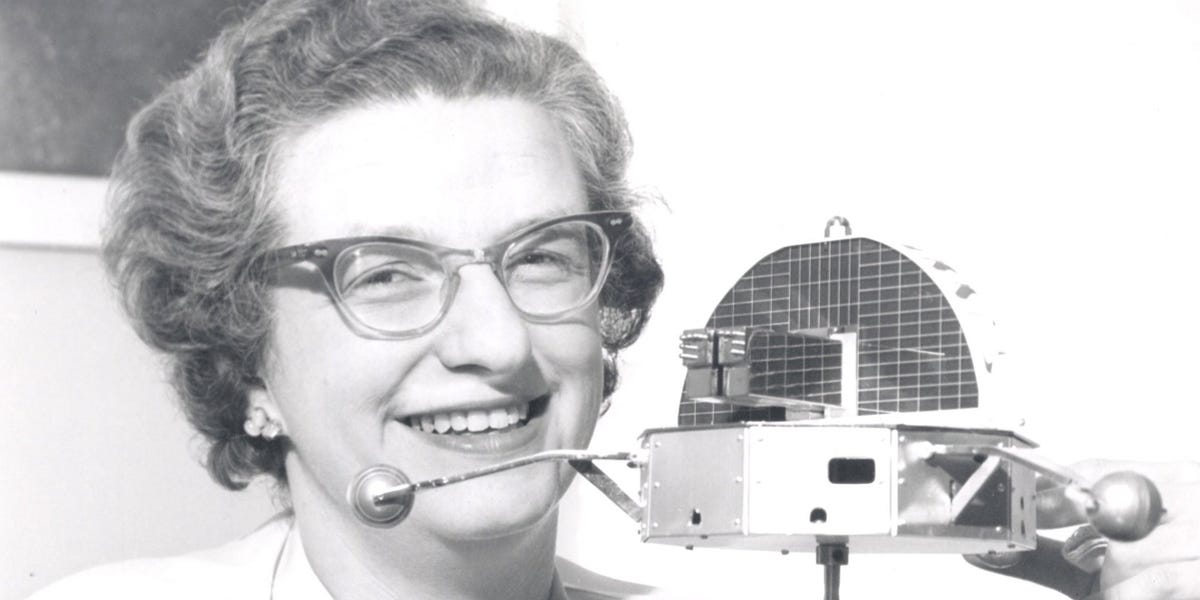 NASA just named a powerful new space telescope for the woman who masterminded the existence of such observatories in the first place.

Dr. Nancy Grace Roman spent 21 years at NASA developing and launching space-based observatories that studied the sun, deep space, and Earth’s atmosphere. She most famously worked to develop the concepts behind the Hubble Space Telescope, which just spent its 30th year in orbit. 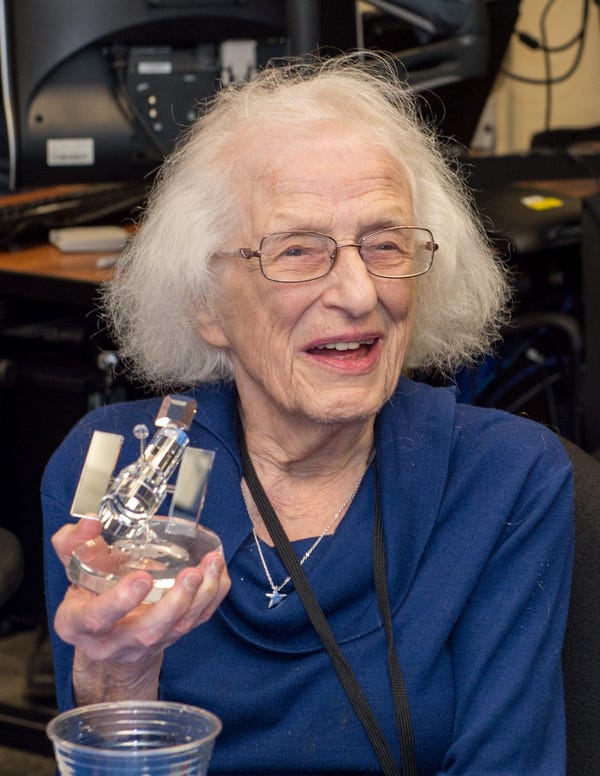 Roman earned the nickname “mother of Hubble” for her role in pushing for that telescope. When it launched in 1990, Hubble became the first of NASA’s “great observatories,” which are designed to push the limits of human knowledge about the cosmos.

Roman also served as NASA’s first Chief of Astronomy, making her the first woman to hold an executive position at the agency. She died in 2018.

Roman “had huge influence in all of astronomy and space,” Thomas Zurbuchen, NASA’s associate administrator for science, said in a NASA video announcing the name.

Zurbuchen said Roman’s work led space astronomy to where it is today.

“For that reason: that vision, that foresight … that leadership on the inside of the agency,” Zurbuchen said, “that really makes her, I think, the only name that is appropriate for this large space telescope that we’re building now.” 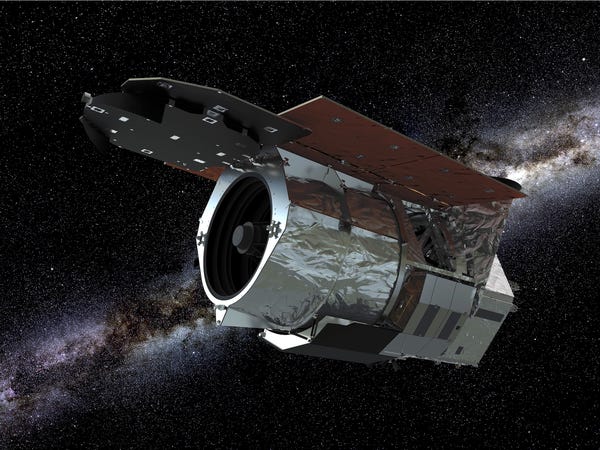 NASA plans to launch the new telescope, which was originally called the Wide Field InfraRed Survey Telescope (WFIRST), into Earth’s orbit in the mid-2020s.

Over its five-year lifetime, the Roman Space Telescope will measure light from a billion galaxies and survey the inner Milky Way with the hope of finding about 2,600 new planets and photographing them.

The new observatory will have a field of view 100 times greater than Hubble’s. Each of its photos will be equivalent to about 100 Hubble images’ worth of pixels. 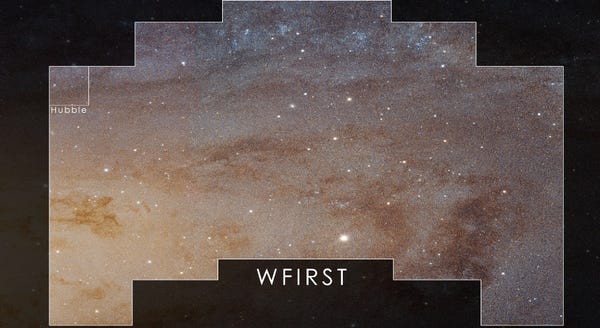 That breadth will help scientists test Albert Einstein’s general theory of relativity and search for signs of “dark energy,” a mysterious force that makes up 68% of the universe and drives its expansion.

“[Roman] is somebody I’ve really admired. It makes me excited and proud to be associated with a mission that’s named after her. This is something I’m going to enjoy day after day as the mission continues,” Julie McInery, the deputy project scientist for the telescope, said in a statement.

‘I was told, from the beginning, that women could not be scientists’ 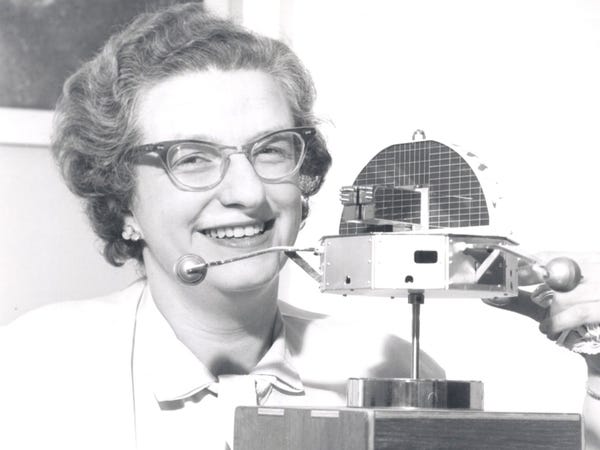 Roman was born in Nashville, Tennessee, on May 16, 1925. As a child, she loved to draw the moon. Her mother, a music teacher, would take her on nighttime walks to point out constellations and the ribbons of the aurora borealis. Her father, a geophysicist, answered her “scientific questions,” she told NASA in 2017.

Throughout childhood, her love of the cosmos grew. Between the fifth and sixth grades, Roman organized an astronomy club among her friends to study the constellations. By seventh grade, she knew she wanted to be an astronomer.

“I knew it was going to take me another 12 years of schooling, but I figured I’d try and if I didn’t make it, I could teach physics or math in high school,” she told NASA.

She graduated in 1949 from the University of Chicago with a PhD in astronomy — one of the few women in the world to earn such a degree at the time.

“I certainly did not receive any encouragement. I was told, from the beginning, that women could not be scientists,” Roman told NASA. “My thesis professor? There was a period where he went six months without speaking to me, even when I said hello to him in the hall. He didn’t want to have anything to do with me.” 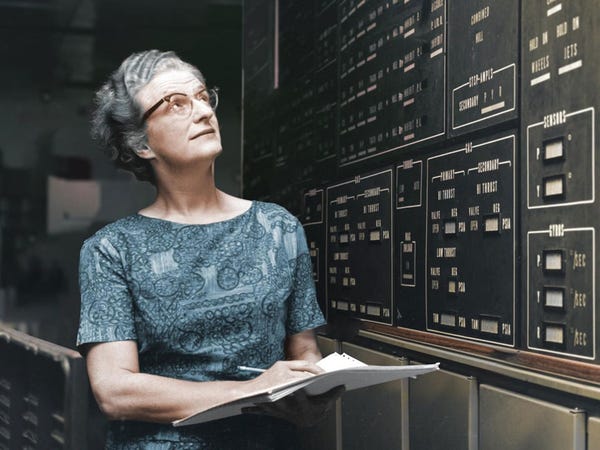 Roman’s first job after leaving the University of Chicago was in the radio astronomy program at the US Naval Research Laboratory in Washington. At the time, American radio astronomers usually built their own instruments — an undertaking that had more to do with mechanics than with studying the universe.

“I did not want to start over as an engineer,” Roman told NASA. “I enjoyed the work, so I wasn’t looking terribly actively for a new job. But when NASA came along and offered me a job I decided to take it.”

That was in 1959, when the agency was just six months old. At work, Roman began to use the prefix “Dr.” with her name.

“Otherwise, I could not get past the secretaries,” she recalled.

A few months later, she heard that the agency was looking for someone to set up a space astronomy program.

“I knew that taking on this responsibility would mean that I could no longer do research,” she told NASA. “But the challenge of formulating a program from scratch that I believed would influence astronomy for decades to come was too great to resist.” 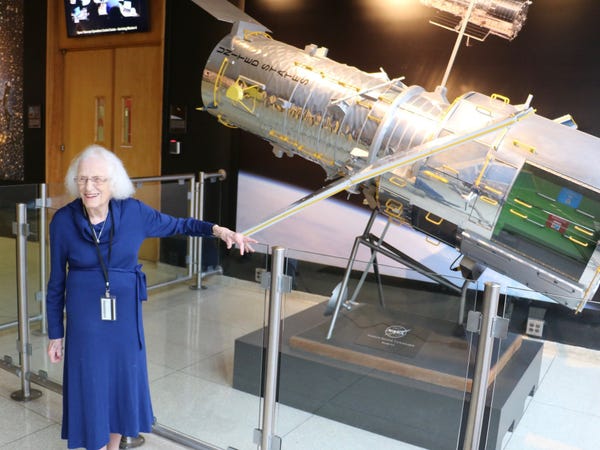 That’s when Roman became the agency’s chief of astronomy and began developing the concepts for Hubble — an idea that had been kicked around since the mid-1940s, primarily by astronomer Lyman Spitzer, but never moved forward.

“Being the first executive woman at NASA turned out not to be terribly eventful. I was accepted very readily as a scientist in my job,” Roman said.

“Beyond that, my job was trying to convince first NASA, and then the bureau of the budget, and the executive part of government, and then Congress, that was worth doing,” Roman added.

‘Nancy Grace Roman deserves a place in the heavens’

Though Roman retired from NASA in 1969, she continued to consult for the space agency, and her early organization and advocacy planted the seeds that ultimately led to Hubble and the Great Observatories program.

Hubble launched in 1990 aboard the Space Shuttle Discovery. In the three decades since, the telescope has taken more than 1.4 million observations, and astronomers have used that data to publish more than 17,000 peer-reviewed scientific publications, according to NASA. 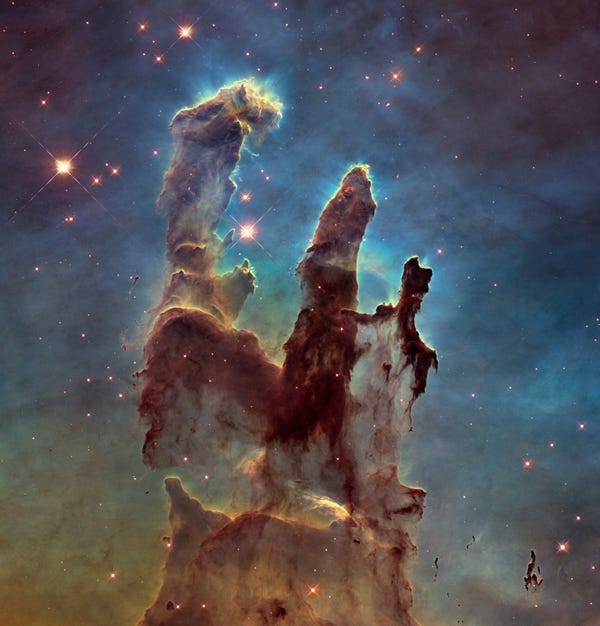 Hubble’s lens has captured stunning images of distant planets, violent space collisions, and the births and deaths of galaxies and stars. It has helped scientists learn the secrets of dark matter, measure the universe’s expansion, and determine that most galaxies have a supermassive black hole at their centers.

“It’s hard to decide how history will decide to view my accomplishments,” Roman told NASA. “People generally aren’t terribly interested in what gets things started, and so I’m not sure they’re going to have much of an idea of my role.”

But in giving the next telescope her name, NASA is ensuring that the “mother of Hubble” and her contributions to studying the cosmos won’t fade.

“Nancy Grace Roman deserves a place in the heavens she studied and opened for so many,” Zurbuchen said.