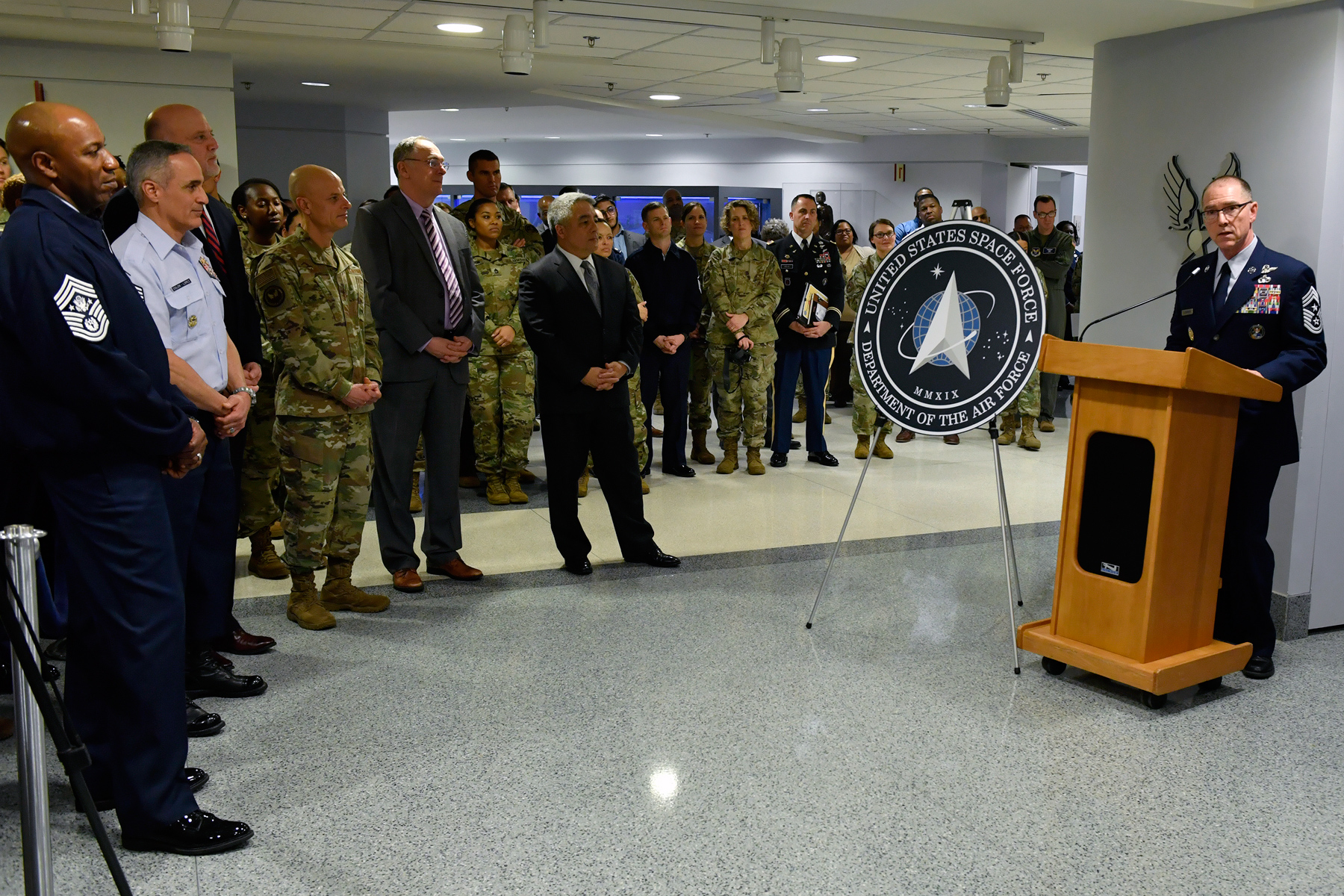 The U.S. Space Force is just 75 days old, but it has already narrowed down a tight list of 16 military job specialties that it will own, the director of Space Force Planning said Tuesday.

Maj. Gen. Clinton Crosier said Space Force now has built a staff of about 110 in its headquarters element, of about 200 that it needs. Space Force will build to a strength of roughly 15,000, he said, working to stay focused by avoiding duplication of infrastructure and support functions already provided by other services.

His remarks, to the Defense Advisory Committee on Women in the Services, offered vital insights to the function of a fledgling service that has been largely shrouded in mystery. Still unknown is what the rank and command structure will be; how new recruits can join the Space Force; and even what members of the service will call themselves.

According to Crosier’s presentation, they include the following:

“Eighty percent of the common support the space force needs … is going to come from the Air Force. So we can really focus on the things we were told to do. If it’s a Space Force-specific function, Space Force will execute,” Crosier said.

That said, the service will draw specialists from all services to make up its ranks, he added. The headquarters element already includes 14 sailors, 26 soldiers and two Marines, as well as airmen, he said.

At least initially, infrastructure borrowed from the services will include initial training for enlisted members and officers.

“You’ll enlist directly in the Space Force. You will go to Air Force basic training. If you want to commission as an officer, [you’ll go to] the Air Force Academy, [along with the other service academies, ROTC and officer training school],” Crosier said. “We will commission people from any service and put them directly in the Space Force pipeline.”

He noted that the service will have to overcome the challenge, then, of how to bring the new Space Force members together and “meld them into a common culture.”

Crosier emphasized that the service will adopt new 21st century manning and personnel policies, noting that the specialists it requires may come from industry and academia and need nontraditional career paths. All that is being assessed right now, he said, with input from other services, foreign militaries and outside experts.