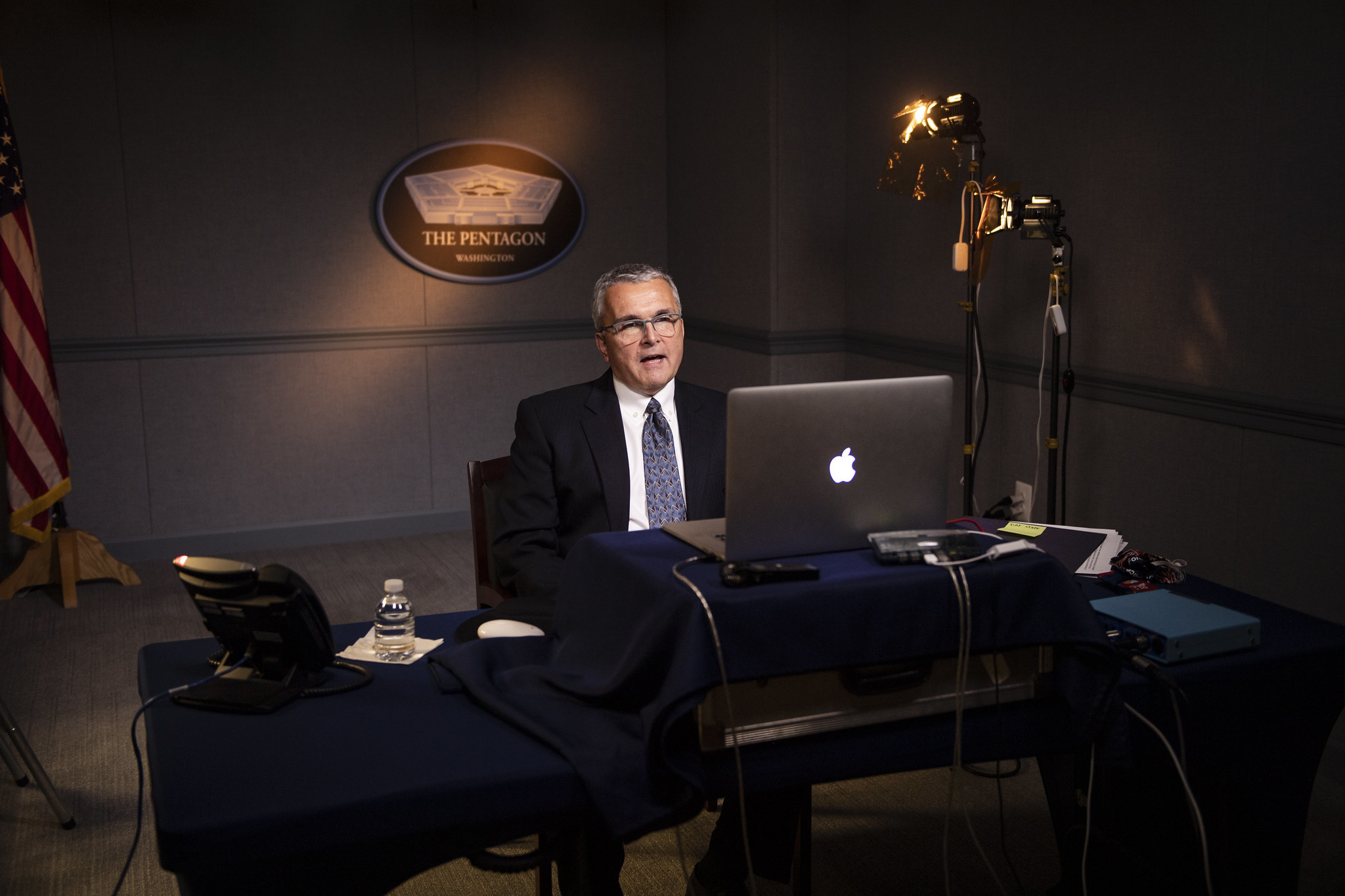 Shawn Barnes: “We’re very hopeful that we’ll get that report to Congress in short order.”

WASHINGTON — The Department of the Air Force is still working to complete a congressionally mandated report that proposes changes to space acquisitions. An initial version of the report titled “Alternative Acquisition System for the United States Space Force” was delivered to congressional committees on May 20 but was pulled back and is being revised.

“We’re very hopeful that we’ll get that report to Congress in short order,” Shawn Barnes, deputy assistant secretary of the Air Force for space acquisition and integration, said June 16 during a Mitchell Institute webinar.

The Senate Armed Services Committee last week unveiled its markup of the 2021 National Defense Authorization Act. The committee said it did not include any language on space acquisitions because the secretary of the Air Force’s recommendations had not been filed.

Barnes said in a statement to SpaceNews that the alternative acquisition proposal, when delivered, is meant to start a deeper conversation with Congress on future reforms.

“The recommendations in the Alternative Space Acquisition report do not request legislative changes in the Fiscal Year 2021 NDAA, nor do they offer specific legislative language,” Barnes said.

“The report provides a number of recommendations that, if adopted, would allow for more efficient and effective space acquisition,” he said. “We look forward to discussing the merits of all the recommendations with Congress once the report is released.”

Barnes did not comment on what specifically is being changed from the May 20 report. According to several sources, the report was sent to Capitol Hill before the Office of Management and Budget had a chance to review it.

A Department of Defense official familiar with the report told SpaceNews that the report includes recommendations that would “drive changes to legislation if adopted by lawmakers.” But he cautioned that these recommendations are not “formal legislative change proposals because there is a formal process for that.”

One of the priorities for the Space Force is to change how program funding is requested and budgeted. Rather than have each individual element of a program in separate budget line items, the Space Force wants to consolidate items into broad portfolios so funding can be reallocated within that portfolio.

Barnes said concerns have been raised that “managing by portfolio” undermines congressional oversight. Speaking on the webinar, Barnes insisted there is no intent to undercut oversight. ‘The discussion we need to have with the Hill is on what’s a reasonable number of line items,” he said. “We want to allay their concerns. We want to be transparent.”

Future of the Space Development Agency

Another issue that Congress is watching is how the Space Force plans to integrate the Space Development Agency into a larger acquisition organization.

The SDA is currently a Pentagon agency under the undersecretary of defense for research and engineering. Congress directed DoD to transfer the SDA to the Space Force by October 2022. But Air Force Secretary Barbara Barrett said space programs should be consolidated under the Space Force as soon as possible, rather than wait two years.

Undersecretary of Defense Mike Griffin, his deputy Lisa Porter and SDA Director Derek Tournear argued in a SpaceNews op-ed published June 15 that the agency should not be moved to the Space Force right away.

“As a disrupter, SDA must be allowed to operate outside of legacy acquisition systems until it has had time to innovate, flourish and deliver,” said the op-ed.

Barnes said on the webinar that he has not had any recent discussions with Tournear or Griffin on this issue. He said DoD has committed to transferring SDA by Oct. 1, 2022 “but frankly the Department of the Air Force would like to see that sooner rather than later.”

In the statement to SpaceNews, Barnes said he supported Barrett’s position and SDA “should transfer in a conditions-based manner and as soon as practical, ideally in fiscal year 2021.”