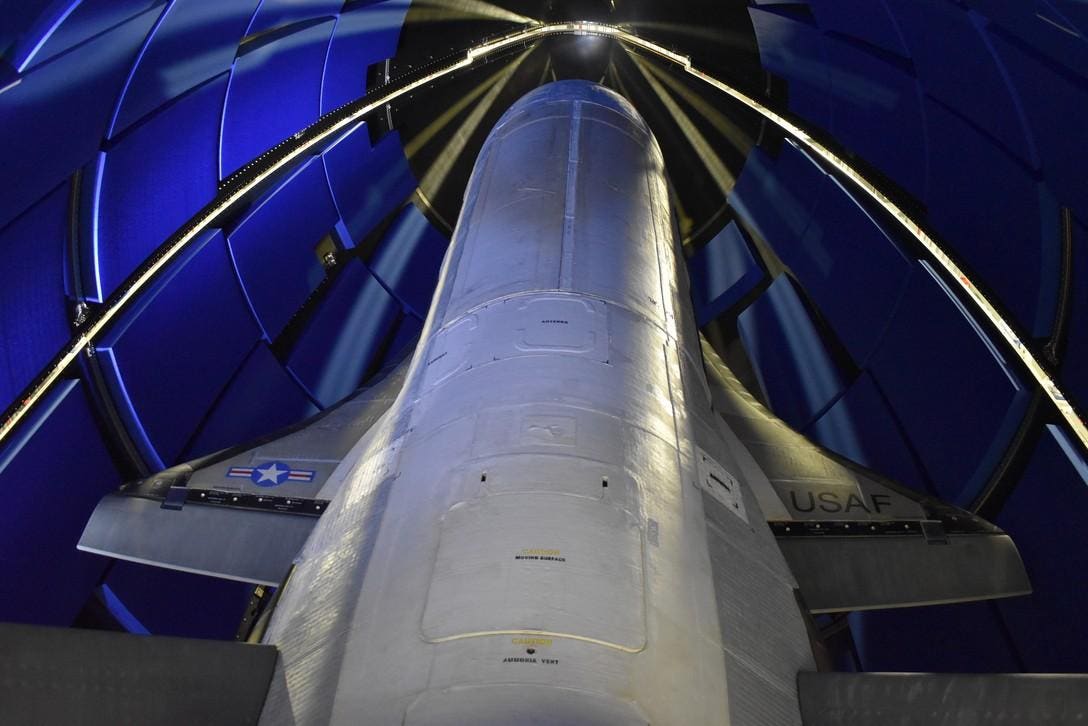 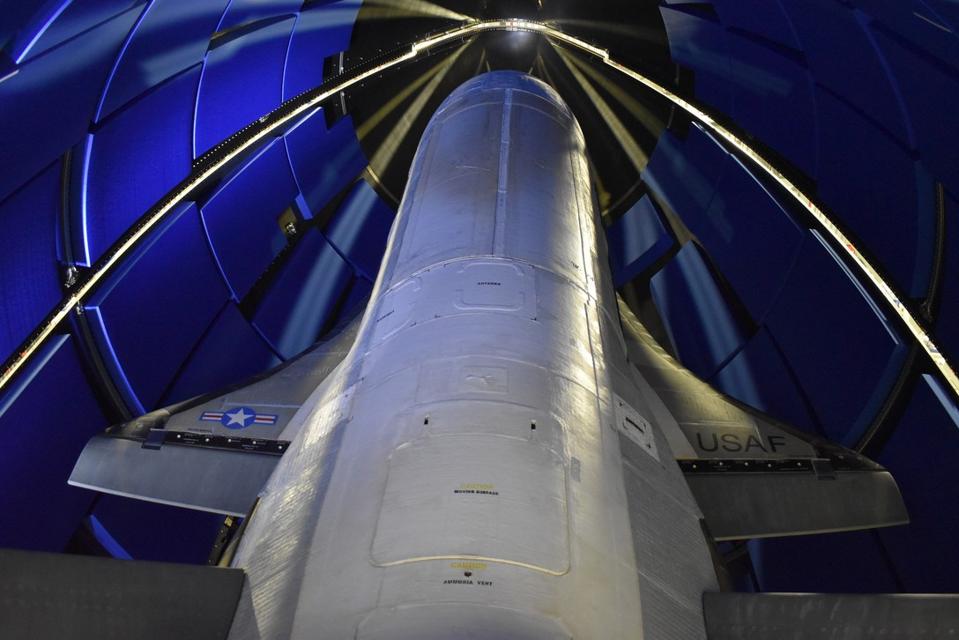 The birth date of the U.S. Space Force—Dec. 20, 2019—is a date that will go down in history as the start of a new era in American military power. With China, Russia and others racing to conduct warfare in space, the Space Force will prove vital for organizing, training and equipping U.S. forces to defend the U.S. space enterprise. Space is crucial to modern American life whether viewed from an economic, information, or national security vantage. Accordingly, it is crucial to ensure the new military service is aligned for success. This demands an honest assessment of its needs and key challenges, with full recognition that establishing the new Space Force as a separate service was just the first step of many that need to be taken.

The first—and greatest—challenge involves confronting the reality of surging threats to both our civil and military space architectures. This can only be achieved if the men and women of the new Space Force are sufficiently resourced to fulfill their missions—to design, develop, build, train, and organize the capabilities to deter, defend, and if necessary, defeat any aggression against U.S. space-based systems. The Chief of Space Operations, Gen. Jay Raymond, has said that threats are the pacing element of Space Force capabilities. Given the growing threats to our nation’s space infrastructure, the Space Force requires a significant increase in its overall resourcing beyond what was allocated to its parent organization, the Air Force Space Command. The Space Force must succeed. America’s national security is critically dependent on this new service’s capabilities. Our nation’s interests in space are too important to run the Space Force “on the cheap.” While the 2021 defense budget amounts to $705.4 billion, the Space Force is allocated $15.4 billion, or just over two percent.

Every military service, defense, and intelligence agency in the Department of Defense (DOD) are critically dependent on our space enterprise. This means each of these stakeholders must contribute resources that align with their space mission requirements that are provided by the Space Force. At present, this is not the case. The entire Space Force budget comes only from Department of the Air Force.

The second challenge is directly related to the first. Money over which the Air Force has no control must be separated from its budget to ensure accurate understanding of its actual resource allocation. Specifically, what needs to be resolved is the irony of the fact that while space-related intelligence agencies fought against their integration into the Space Force as part of its initial foundation, they are funded by the Air Force budget. This money is called “pass-through.” It amounts to about 20 percent of the total Air Force budget ($39.2 billion in 2020). Neither the Air Force nor the Space Force has any control over it. If these agencies are not going to be part of the new Space Force, then this pass-through money must be removed from the Department of the Air Force.

The Air Force is not getting funded at its published budget level because of the pass-through. Consequently, the public, many lawmakers, and Pentagon leadership have the impression that the Department of the Air Force is actually getting more money than it in fact receives. Discounting the pass-through, the Air Force’s $165.5 billion budget in the 2020 budget is significantly less than the Navy’s $191.4 billion or the Army’s $205.6 billion. Today, with a budget topline of $204.8 billion the Air Force looks “on par” with the other services. However, that $204.8 billion creates a false impression of Air Force funding compared to the budgets of the other services, because it includes $39.2 billion of pass-through for separate intelligence agency space programs.

If that pass-through is simply moved to the new Space Force without incorporation of the agencies it funds, the Space Force budget will jump from about $15 billion a year to almost $55 billion a year, but it will then have no control of about 75 percent of its budget. That is the impact of the pass-through and it must be directly shifted to the agencies for which it is allocated to ensure transparency in DOD resource allocation, or those organizations need to become part of the Space Force.

The third challenge confronting the Space Force is gaining sufficient personnel. The new service was created by renaming the Air Force Space Command as the U.S. Space Force. That was an appropriate initial move as the vast majority of DOD’s expertise in space was resident in Air Force Space Command. However, there are also important elements of space expertise in the other services. A plan is needed to quickly migrate space expertise from other services and agencies into the Space Force in order to gain both synergy and efficiency from the consolidation of human resources. According to the Vice President, this was one of the fundamental reasons for setting up a separate service for space.

Remember that the DOD also re-established the U.S. Space Command as a separate unified combatant command in August 2019, and a good number of its personnel, including its commander came from Air Force Space Command. Additionally, we should not forget that the U.S. Air Force will still need its own space component to provide its representation and support to the U.S. Space Command. Where are all of these people going to come from? Will these new organizations have to “triple hat” people in the Space Force, serving at U.S. Space Command, and also in the Air Force’s own space component? This would mean assigning the same person to positions in the three separate organizations. This sort of action over tasks available personnel and increases risk to mission accomplishment.

Even with a rational pooling of space personnel, there is a longer-term problem. There are simply not enough trained space personnel to cover all these additional new military space organizations without having to double or even triple hat some personnel in all three organizations. Critical to developing a strong and effective national defense space enterprise will be the need to develop a larger, deeper, and more flexible stable of space talent.

The Congress stood up the Space Force with “no additional military billets.” No growth in personnel will be a serious problem moving forward if not changed. Additionally, Congressional language regarding the Space Force omits any mention of the reserve components. The Reserve and National Guard are critical personnel elements and may be part of the solution to the Space Force’s personnel challenges by tapping into the talent from the civilian space community.

The fourth challenge is the consolidation of the nation’s fragmented multitude of space organizations into the Space Force. According to the Vice President, the entire point of establishing the Space Force was to align, streamline, and focus efforts to boost mission effect and efficiency. That has not yet occurred, with Air Force assets being the only entities forming the Space Force. A July 2016 Government Accountability Office (GAO) report noted some 60 stakeholder organizations all have a role in national security space. GAO’s conclusion: Too many cooks are spoiling the broth. The Vice President echoed that sentiment in March 2019, saying that spreading the national security space program so thinly has resulted in “a glaring lack of leadership and accountability that undermines our combatant commanders and puts our war-fighters at risk.” If the Nation is serious about dealing with the threats facing us in space, those 60 government organizations need to be integrated into the Space Force with the associated transfer of resources as well. These moves need to be initiated sooner rather than later. The longer times passes with no integration of these organizations into the Space Force, bureaucratic politics of “precedent” will come into play curing the cement of the status quo.

The first organization that should move into the Space Force as soon as possible is the National Reconnaissance Office (NRO)—and when it does, the portion of the previously described “pass-through” money that funds the NRO should be shifted to the Space Force. A goal is to consolidate the entire defense space acquisition apparatus within one service: The Space Force. This would include, the NRO, the Space and Missile Systems Center, the Space Rapid Capabilities Office, the Space Development Agency, and all space efforts from the Office of the Secretary of Defense and the Air Force. This action would allow the Space Force to exploit the NRO’s numerous successes in space acquisition while merging their mission with the new space force that will defend NRO satellites. This is not a new idea as the NRO was part of the Air Force for 45 years from 1960 to 2005.

Unifying the disparate organizations with a role in U.S. space activities is necessary to solving the challenges we face. Leaving them disconnected simply perpetuates those challenges, which is unwise in an era of increasing vulnerability to the Nation’s space assets. Integration of U.S. military space capabilities will also go a long way in helping address the funding challenge of the Space Force because a streamlined U.S. military space enterprise can be far better optimized than a series of disparate, overlapping, disjointed entities that currently exist today. This is particularly becoming even more relevant as COVID-19 federal budget relief portends reduced defense spending ahead.

Now it is time to set the Space Force up for success by taking the next steps to provide the human, budget, and organizational resources the new Space Force needs to build America’s critical space capability and capacity. To do so requires the Congress to fully fund the Space Force to meet growing threat challenges; separating pass-through funding from the Air Force for space-based intelligence functions now not part of either the Air Force or Space Force—or assign those organizations to the Space Force; acquiring and training sufficient space savvy personnel to fully and separately populate the Space Force, Space Command, and individual service space components; and integrating the numerous and disparate organizations and agencies with a role in space into the Space Force. Only then will we actualize the vision of the world’s greatest Space Force.