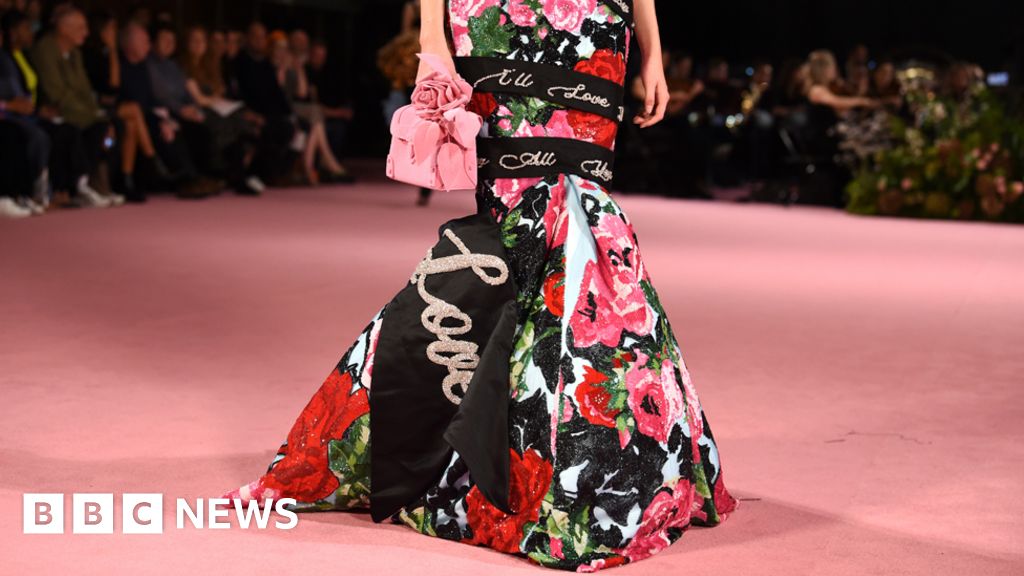 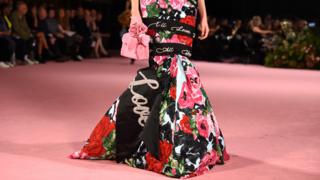 Meryl Streep might have been famously unimpressed by some of the spring/summer trends in 2006’s The Devil Wears Prada, so it’s probably best she avoids this article.

Floral designs are just one fashion trend set to return in a big way this spring, having been shown extensively at September’s Fashion Weeks.

Not all the outfits which were showcased in Paris, Milan, London and New York will make it onto the high street in the exact form we saw them on the catwalk.

But elements of the clothes on show – whether it be an idea, colour, material or pattern – are picked up and copied by other designers, and heavily influence what we see in the shops a few months later.

“Retailers must determine which looks they think we’re actually going to buy, manufacturers must begin producing those items en masse,” explains The Telegraph’s Tamara Abraham. “And then brand marketing machines must work out how to promote and merchandise the new stock in a way that will convince us to spend our cash.”

Here are seven major fashion looks you can expect to see (and maybe wear) in 2020.

You may have needed a pair of sunglasses if you happened to catch Little Mix’s performance at BBC Radio 1’s Big Weekend last May.

But the most successful girl group of recent years were actually ahead of the game with their outfits.

Some featured mint green or pistachio colours prominently in their collections, others had a transparent highlighter feel to their outfits. 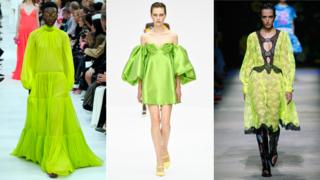 “What’s fluoro pink, orange, blue, green, and yellow, and refuses to blend in with the crowd? All the highlighter-inspired neons gracing your favourite catwalks,” said Kerry Pieri and Lauren Alexis Fisher of Harper’s Bazaar.

Neon showed up in collections from the likes of Christopher Kane, Caroline Herrera and Valentino, and are already filtering through to the shops. 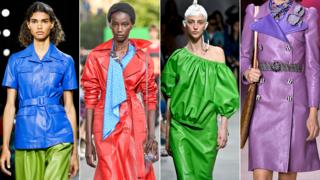 A packet of skittles would have nothing on the rainbow of colours which designers have been showcasing on leather in recent months.

“There’s no mistaking that leather – including vegan or faux – is the one material everyone’s excited to work with next season,” wrote Marina Liao in Marie Claire.

“The material was spotted on Spring 2020 runways from New York to Paris in just about every form – from colourful jackets at Coach 1941 and Bottega Veneta to skirts and pants at Marni and Alexander McQueen.”

Leather designs were once reserved for autumn and winter, but it seems leather is set to make its mark in Spring this year. 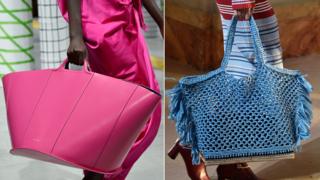 No outfit is complete without the right accessories, and bags with ample storage were on generous display at September’s Fashion Weeks.

However, some were admittedly more practical than others.

The transparency of some of Philip Lim and Stella McCartney’s designs (below) would offer little privacy, for example.

And there’s a good chance your possessions would fall out of the giant holes in the Off-White bag, but never mind because at least you’d look extremely fashionable as it was happening. 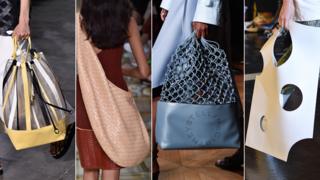 “For those who prefer practicality over the micro trends, it’s finally time to retire 2019’s itty-bitty-it-bags that didn’t fit anything to begin with,” wrote Elle’s Justine Carreon.

“Think big. Bottega Veneta and Off-White are ushering in XXL editions large enough to fit all of your life’s problems.

“Literally – they can probably fit your therapist.” 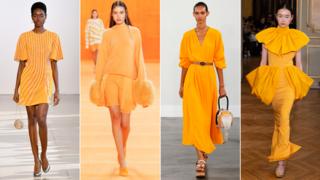 Those who like a bit of Vitamin C in their fashion diet will be pleased at the amount of bright orange set to hit the shelves over the next few months.

Designers have a tendency to showcase fun, vibrant colours in the spring – which is one reason neon is likely to work well in the early part of this year.

But there’s another prominent and somewhat garish colour in town for 2020, in the form of tangerine.

“This specific shade of orange works for casualwear, such as shorts and sweaters, but was also a favourite for fancier pieces, such as dresses or ruffled tops,” wrote InStyle’s Samantha Sutton. 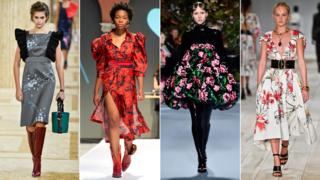 “It wouldn’t be a spring trend report without some sort of floral reference, now would it?” pointed out Glamour’s Ana Colón.

“For 2020 there actually is a major innovation in the print: Designers are honing in on roses, specifically, to make their spring collections feel, well, spring-y. And the result is incredibly elegant.”

While hardly the most revolutionary concept for a spring/summer collection, designers can always rely on florals to brighten things up.

It’s a versatile, visually appealing and colourful theme which seems perpetually popular with consumers, so always a safe bet for Springtime. 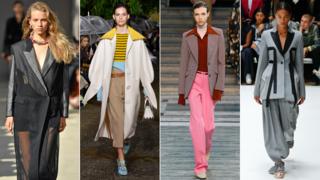 “And just like that, disco’s not dead,” said Harpers Bazaar. “The wide collar favoured by the Studio 54 set made a surprise comeback on the spring 2020 runways.

“Modernised on coats, jackets, and button-downs at Lanvin, Ferragamo, JW Anderson, and beyond, the look is often shown with contrasting colours to make it really stand out. Because what’s the point of a super collar if you can’t really see it?”

Can’t argue with that.

Whether they’re long, narrow, bright or dark, expect to see a lot more of this triangular trend. 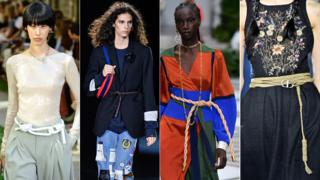 Head out to your garage and you might find you’re already harbouring one of 2020’s most fashionable accessories amongst all your random junk.

Ropes being used as belts were seen on the runways of Christian Dior and Rag & Bone, although their versions are likely to be more expensive than those you could pick up at Homebase.

A variety of knots, twists and styles were seen on the catwalk – some served the same purpose as a belt, but most were just present for design purposes.

Another accessory which designers used to liven up their looks were bucket hats – which is great news for fishermen everywhere. 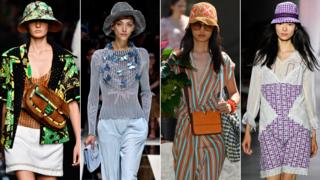 “Everyone will be wearing bucket hats next Spring,” Mario Abad wrote in Paper.

“They aren’t going anywhere it seems. Everyone from Anna Sui to Giorgio Armani have hopped on the bandwagon and used them on the runways.”

Between all these looks set to hit the shops, we’re confident 2020 is going to be a year with designs so groundbreaking that even Meryl Streep would have been satisfied.