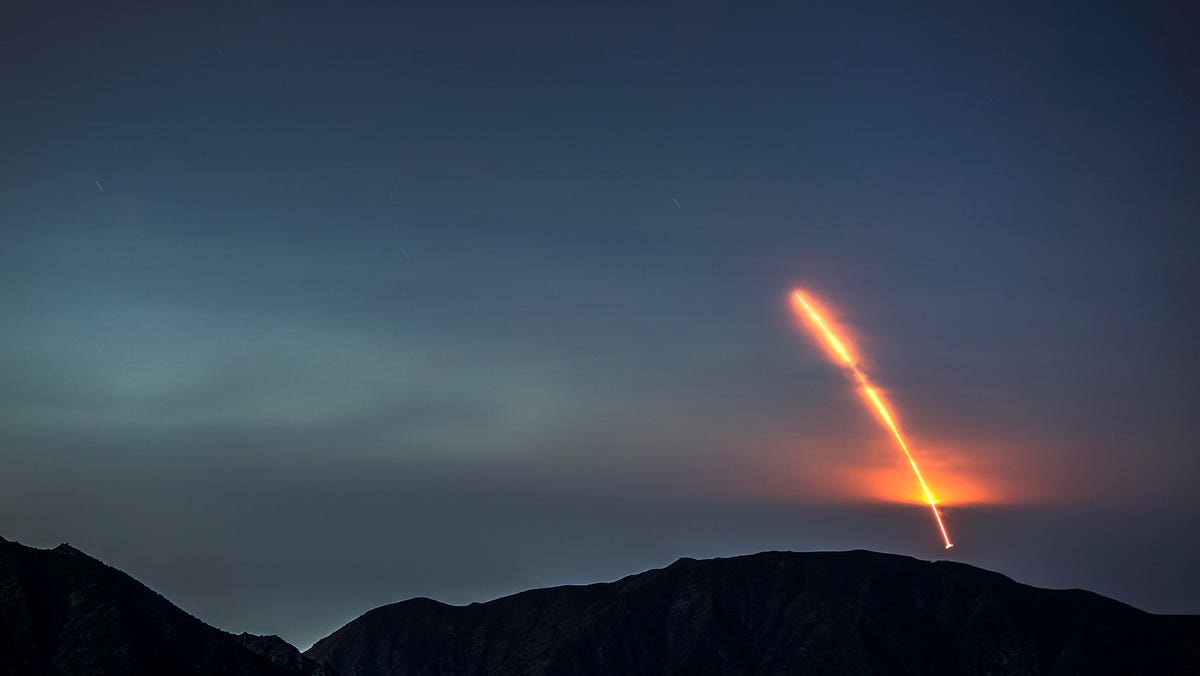 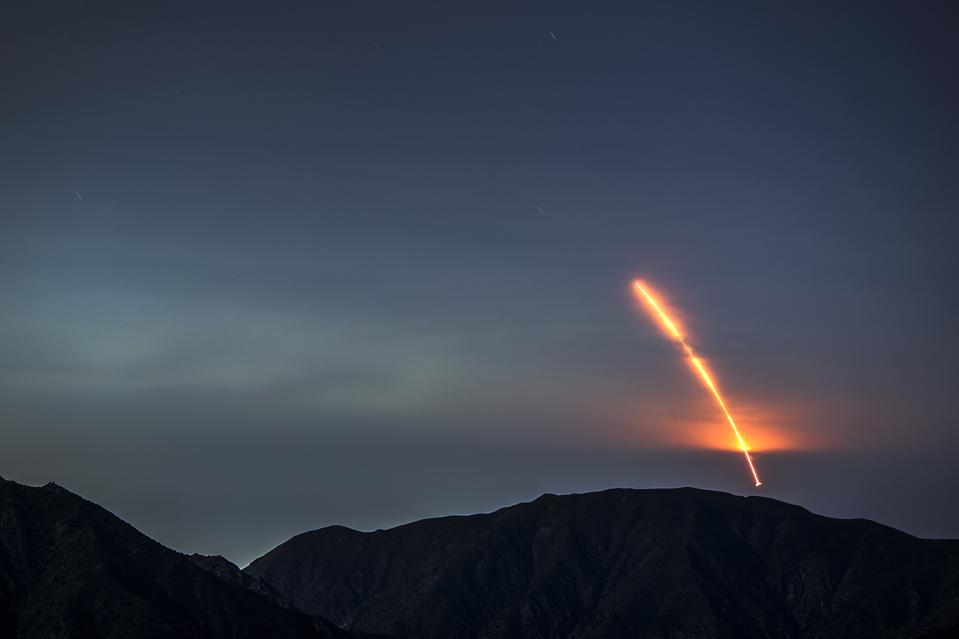 LOS ANGELES, CA – MAY 05: The Atlas 5 rocket carrying the Mars InSight probe launches from … [+] Vandenberg Air Force Base, as seen from the San Gabriel Mountains more than 100 miles away, on May 5, 2018 near Los Angeles, California. The InSight probe is the first NASA lander designed entirely to study the deep interior structure of Mars. (Photo by David McNew/Getty Images)

Last Friday, President Donald Trump tweeted out the new logo for the United States Space Force, a new service branch of the U.S. military within the Department of the Air Force. President Trump first announced the new Space Force in 2018, and its creation was made official with Space Policy Directive-4 in February 2019. The Space Force officially came into existence on December 20, 2019, when the National Defense Authorization Act (NDAA) guaranteeing its funding was signed into law. 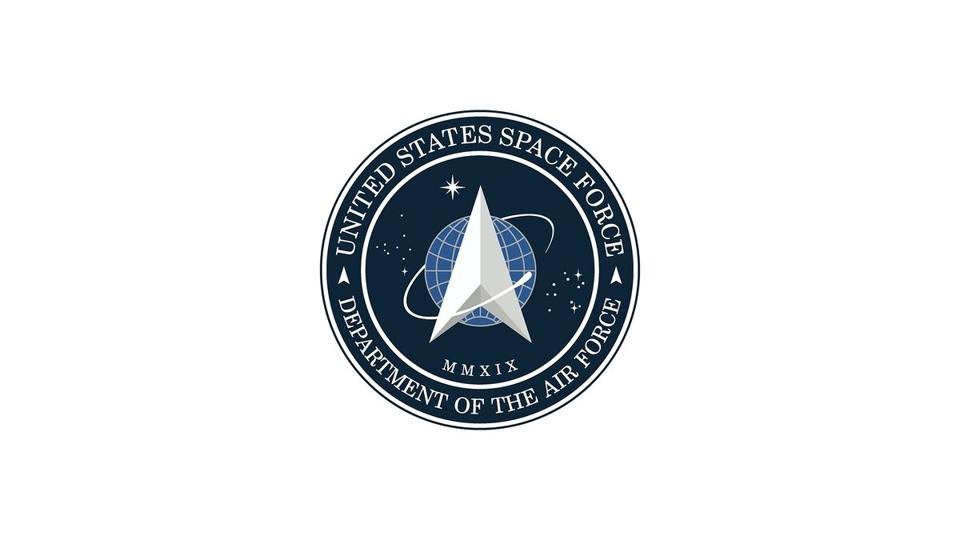 Answering this question requires an understanding of the U.S. military’s existing role in space activities. Prior to the Space Force’s creation, U.S. military space operations were managed by the Air Force Space Command, a major command within the U.S. Air Force. Although some of the Space Command’s activities are classified, it is public knowledge that the Command’s personnel are engaged with the procurement and operation of military space technology, such as spaceplanes, satellites and the rockets used to launch them into orbit. Programs under the Space Command’s purview include the Global Positioning System (GPS), the Defense Meteorological Satellite Program and the Space-Based Infrared System Program. The Command also operates the Delta II, Delta IV and Atlas V launch vehicles.

In 2018, President Trump proposed the formation of a new military branch to take over the Space Command’s responsibilities, citing the country’s increasing need to both protect its military space technology from foreign threats and to preserve “American superiority in space.” The Trump administration proposed that this new military branch – the “Space Force” – sit within the Air Force, just as the Marine Corps sits within the Navy.

The Space Force is now the sixth branch of the U.S. military and the first U.S. military service unit to be created since the U.S. Air Force was born out of the Army Air Corps in 1947. Its first member, Air Force Gen. John “Jay” Raymond, was sworn into office on January 14, in a White House ceremony led by Vice President Mike Pence. As of January 26, Gen. Raymond is the branch’s only official employee. The Pentagon expects that he will be joined by up to 15,000 new officers, airmen and civilians from the former Air Force Space Command in the next few months. 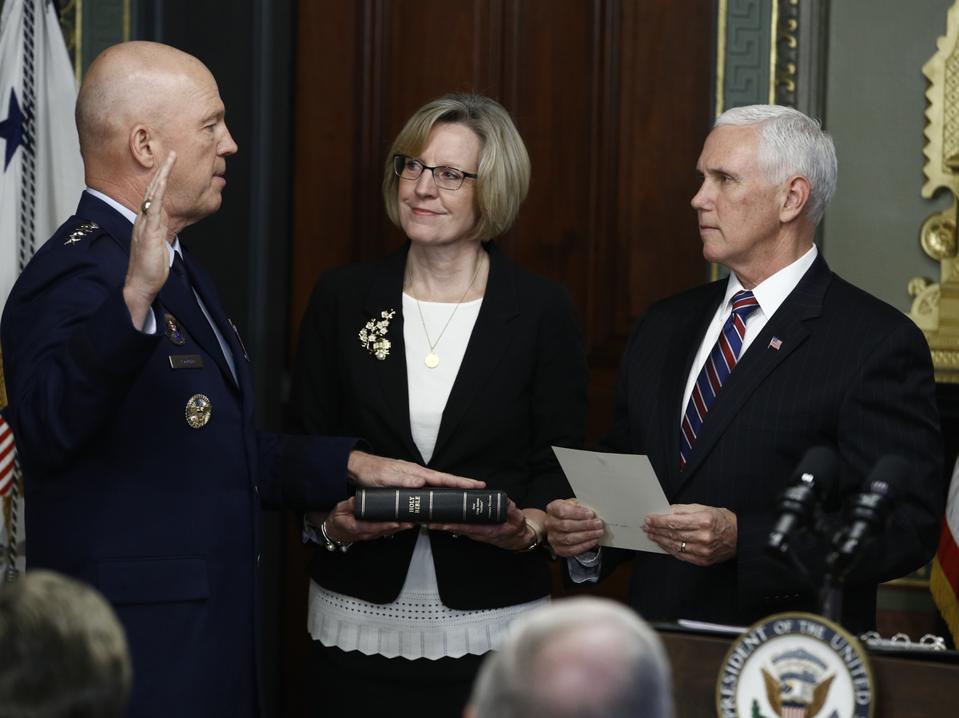 Among industry experts and pundits, reception towards the creation of a new service branch has been mixed. In 2018, the Air Force Association staunchly opposed the creation of a Space Force, stating that the stand-up of a new service branch would be of little benefit and would drive unnecessary and burdensome administrative costs. (The total estimated budget for the Space Force is $2 billion USD over the next 5 years.) The professional association argued instead for the renaming of the Air Force as the U.S. Aerospace Force, and for a re-establishment of the military’s existing Space Command under this umbrella. Michael E. O’Hanlon, a senior fellow with The Brookings Institution, expressed similar misgivings towards the Space Force, calling it a “misguided idea” that might unintentionally lead to the weaponization of space.

Proponents of the Space Force believe that since space technology has become integral to both military operations and to society at large, the field warrants the same level of military attention given to the specializations of other service branches. Dean Cheng, a senior research fellow with The Heritage Foundation’s Davis Institute for National Security and Foreign Policy, asserts that the military’s growing reliance on space requires personnel to think not only about which systems to acquire, but also about “much harder issues” such as the technical nuances of how these systems should be deployed and used. Achieving this goal, he argues, will require a full time staff of space technology experts, and the best way to fund and organize these staff is through the establishment of a dedicated Space Force. Other Space Force advocates contend that a dedicated military branch will reduce fragmentation of responsibility within the U.S. government for space technology acquisition, which is currently spread across more than 60 organizations.

Beyond the debate over the branch’s merits and drawbacks, the newly created Space Force must tackle its next challenges of funding and implementation. Of the $72M USD in funds originally requested for the Space Force in FY 2020, Congress granted only $40M in its December 2019 bipartisan spending deal. The branch must also work to create its own identity and culture as it separates itself from the Air Force. For the Space Force to achieve this goal, retired Air Force Gen. David Deptula, who currently serves as dean for the Mitchell Institute for Aerospace Studies, argues that the Space Force must start developing a doctrine for space warfighting, and that the organization should prioritize clearly defining its scope of responsibility within the U.S. government. Deptula and others in the industry believe that in addition to absorbing the responsibilities of the Air Force Space Command, the Space Force should expand its reach to include duties currently performed by the National Reconnaissance Office (NRO), which could then be merged into the Space Force as well.

Until the Space Force grows beyond its U.S. Air Force roots, it will be impossible to predict its role or its long-term impact on U.S. government and military operations. In the near term, business will likely proceed as usual while the new branch finds its footing. The Space Force’s media representatives recently tweeted a photo of the Space Force uniform, confirming that the branch is actively preparing for its first recruits.

For now, individuals who dream of becoming Space Force cadets are advised to sit tight. While the application is not yet available, interested parties can sign up on the Space Force website to be alerted as new details unfold.