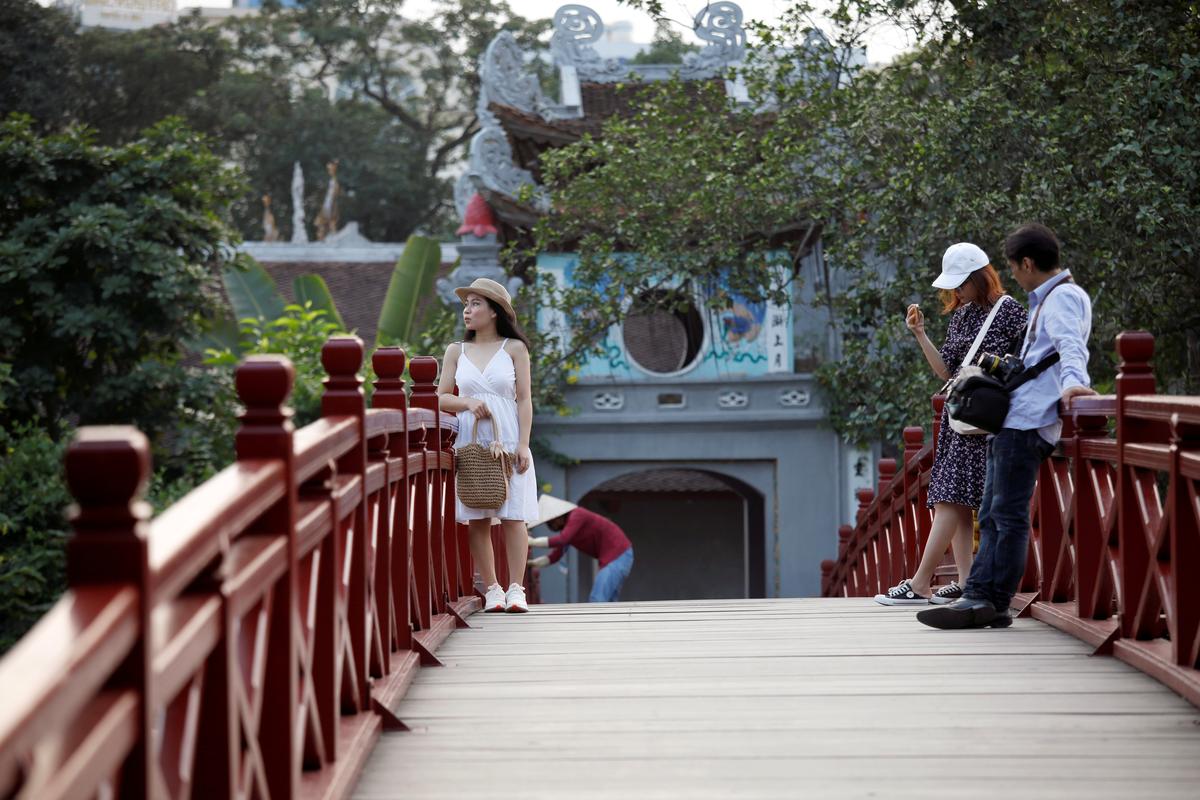 LONDON/HANOI (Reuters) – Laura Douglas’ tourism start-up, a farm surrounded by snow-tipped mountains in southern New Zealand, was attracting hundreds of mostly foreign visitors a month until the coronavirus pandemic brought it to a sudden halt in March.

FILE PHOTO: Vietnamese tourists pose for photos on the The Huc bridge at Hoan Kiem lake after the Vietnamese government eased the lockdown following the coronavirus disease (COVID-19) outbreak, in Hanoi, Vietnam May 18, 2020. REUTERS/Kham

“It’s like I’ve been mourning the loss of my business,” Douglas, 33, said in a phone interview with Reuters, adding she had to take on a second job as a vet to pay the bills during a strict lockdown that included sealing the country’s borders.

The rebound for New Zealanders who are reliant on tourism is expected to be slow, in marked contrast to how the tourism sector is faring in Vietnam, another nation that was hailed as a success story in Asia for containing the coronavirus.

Both countries have emerged from lockdown virtually virus-free, lifting all restrictions except those on international travel. While New Zealand’s tourism sector is struggling pending arrivals from abroad, Vietnam’s has rebounded, according to travel data and industry members.

This is thanks to how much domestic tourism has filled the gap, reflecting in part how badly the coronavirus hit the two economies. While New Zealand’s economy is expected to contract by as much as 20% in the first half of the year, according to the central bank, Vietnam has kept its yearly growth target above 5%.

July is normally peak travel season in New Zealand but scheduled flights are down 40% compared to the same month last year and even many of those are being canceled, according to figures from travel analytics firm Cirium.

Weekly demand for Airbnb and Vrbo properties through July are down 55% from last year and a recovery is unlikely until later this year, according to forward-looking bookings from AirDNA.

Across the ocean in Vietnam, the story is very different. In July, more than 26,000 flights are expected to transport 5 million people, increases of 16% and 24% from last year.

“Many people who couldn’t afford five-star services before are taking advantage of the programs to experience the services,” he said, referring to central and provincial government efforts to boost mass domestic tourism.

In a country with poor rail and road infrastructure, air travel is already a popular mode of transport, and even more so now, with airlines adding routes and offering tickets for as low as 69,000 Vietnamese dong (US$3).

A Reuters analysis of flight data from FlightRadar24 shows that Ho Chi Minh and Hanoi, along with Phu Quoc island and Cam Rahn bay – both tourist hotspots – were top destinations through mid-June after lockdowns were lifted in late April.

In New Zealand, Prime Minister Jacinda Ardern is asking people to “experience your own backyard”. She is urging employers to consider four-day work weeks and has said the government is actively considering more public holidays this year so people can travel.

On Friday, Ardern is launching the country’s ski season in the tourist destination of Queenstown, hoping that will give another boost to domestic travel.

Some New Zealanders appear to be heeding her encouragement and taking weekend road trips.

Demand for hotels and short-term rentals, while depressed overall, still ticks up over the weekends according to STR, an analytics firm that looks specifically at the hotel industry.

But tourism business owners say a pot of NZ$400 million (US$257 million) set aside by the government to subsidise wages and other costs for the industry will not be enough to tide it over while foreign tourists are still barred.

Foreigners account for around half the NZ$16.1 billion (US$10.34 billion) that tourism contributes to GDP in New Zealand, a hole economist Peter Clough says will be difficult to plug with just domestic travelers. 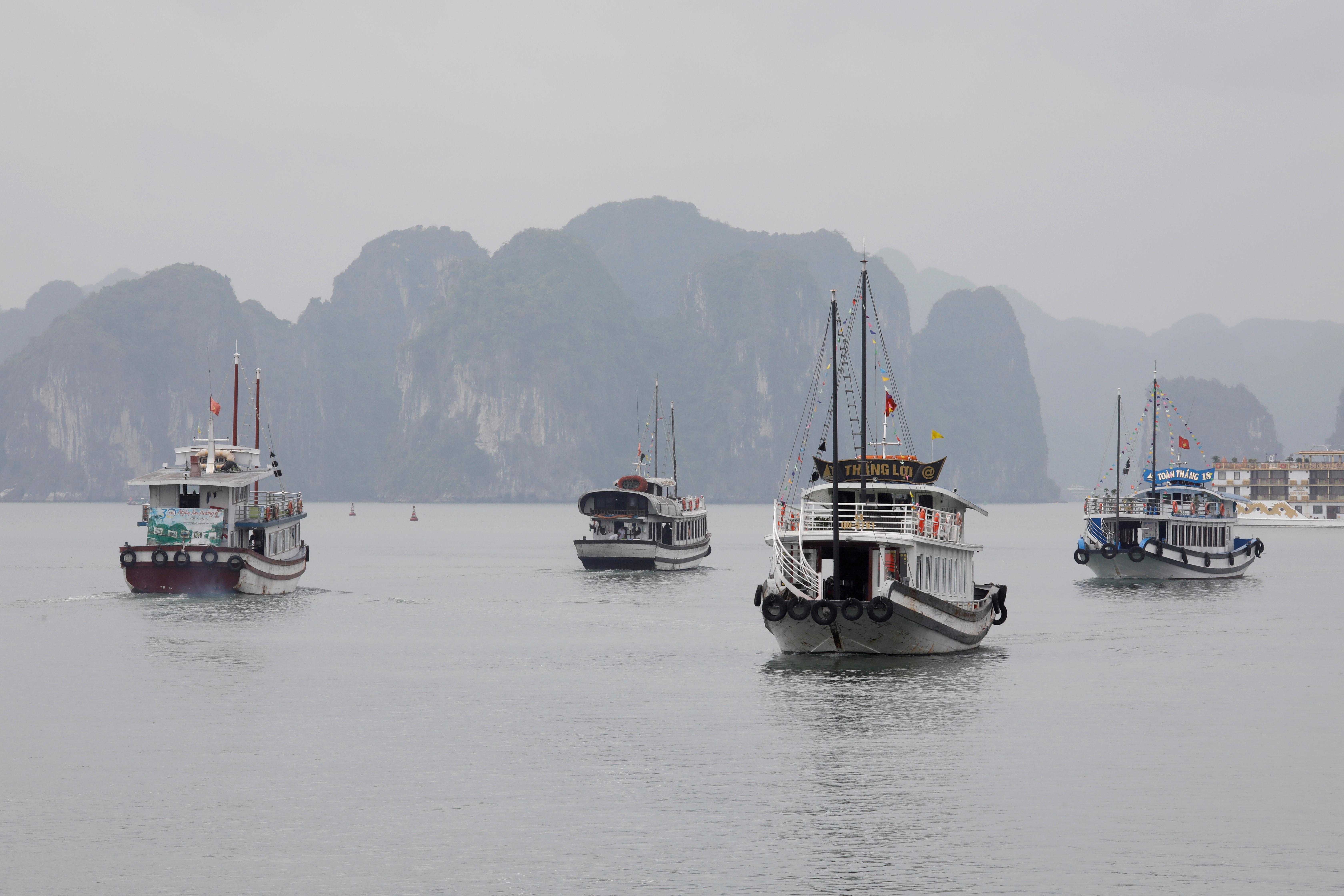 “Whatever we do, we’re not going to fill that hole just by drumming up domestic travel or the Trans-Tasman bubble,” he said, referring to a proposal that was touted last month to allow movement between Australia and New Zealand.

For Douglas, the downturn means digging deep in her own pockets and pivoting as much as possible to attract local travel to her 15,000-hectare (37,000-acre) farm.

“The farming mentality is that you’re not always going to have good seasons,” she said. “Right now, Kiwis are going to be the best gift for us and I’m hoping they will come with their gumboots on.”