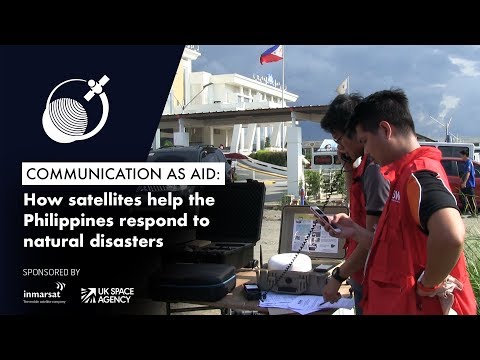 Devex takes a deeper look into how satellite communications had an impact in response efforts to Typhoon Haiyan, and how partners are preparing for future disasters.

One of the most intense typhoons on record, Typhoon Haiyan — also known as Super Typhoon Yolanda — made landfall in the Philippines in November 2013, leaving massive amounts of damage to electricity and telecommunications infrastructure in its wake. It left those affected without access to critical information and unable to contact their families.

“The usual communications devices that we use in other disaster operations were not effective in establishing communications for Typhoon Haiyan,” said Lawrence Dimailig, officer-in-charge at the Disaster Response Operations Monitoring and Information Center in the country’s Department of Social Welfare and Development.

Residents needed to call their relatives to let them know they were safe.

“We went so far as to call it ‘communication is aid,’” he said, adding that the department worked to provide emergency satellite telecommunications for disaster response operations, beginning in Tacloban City.

“We are investing so much in satellite telecommunications because we know in the future this will be the most reliable form of communications and the most mobile for the Philippines to deploy in every part of the country,” said Dimailig.

The Global Xpress satellite terminals are part of a bottom-up approach meant to empower local governments, with project partners training governments and nongovernmental organizations to develop their own capacity.

Satellite communications-enabled mobile phone apps for damage assessment will also be critical for affected populations to get help faster. And the ability to access social media during a disaster helps make emergency response more efficient.

“People are using Facebook and WhatsApp to communicate, so the way the affected population is communicating has evolved,” said Sébastien Latouille, delegate for Asia and the Pacific at Télécoms Sans Frontières, one of the project partners. “And it is a very good source of information for the humanitarian community — going on Twitter, going on Facebook after a disaster, you get a lot of information about what is going on.”

This drive to improve emergency communications in the face of extreme natural disasters is part of the U.K. Space Agency’s International Partnership Programme, a five-year program designed to partner U.K. space expertise with governments and organizations in emerging and developing economies around the world.

For more on how these partners are working to transform emergency communications in the Philippines, take a look at the video above and visit the Satellites for Sustainability series page.

Printing articles to share with others is a breach of our terms and conditions and copyright policy. Please use the sharing options on the left side of the article. Devex Pro subscribers may share up to 10 articles per month using the Pro share tool ( ).