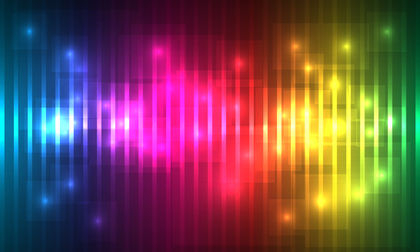 A microwave is an electromagnetic wave with a very short wavelength, between .039 inches (1 millimeter) and 1 foot (30 centimeters). Within the electromagnetic spectrum, microwaves can be found between radio waves and shorter infrared waves. Their short wavelengths make microwaves ideal for use in radio and television broadcasting. They can transmit along a vast range of frequencies without causing signal interference or overlap.

Microwave technology was developed during World War II (1939–45) in connection with secret military radar research. Today, microwaves are used primarily in microwave ovens and communications. A microwave communications circuit can transmit any type of information as efficiently as telephone wires.

The most popular devices for generating microwaves are magnetrons and klystrons. They produce microwaves of low power and require the use of an amplification device, such as a maser (microwave amplification by stimulated emission of radiation). Like radio waves, microwaves can be modulated for communication purposes. However, they offer 100 times more useful frequencies than radio.

Microwaves can be easily broadcast and received via aerial antennas. Unlike radio waves, microwave signals can be focused by antennas just as a searchlight concentrates light into a narrow beam. Signals are transmitted directly from a source to a receiver site. Reliable microwave signal range does not extend very far beyond the visible horizon.

It is standard practice to locate microwave receivers and transmitters atop high buildings when hilltops or mountain peaks are not available. The higher the antenna, the farther the signal can be broadcast. It takes many ground-based relay “hops” to carry a microwave signal across a continent. Since the 1960s, the United States has been spanned by a network of microwave relay stations.

Electromagnetic radiation: Radiation that transmits energy through the interaction of electricity and magnetism.

A more common method of microwave transmission is the waveguide. Waveguides are hollow pipes that conduct microwaves along their inner walls. They are constructed from materials of very high electric conductivity and must be of precise design. Waveguides operate only at very high frequencies, so they are ideal microwave conductors.

Earth satellites relaying microwave signals from the ground have increased the distance that can be covered in one hop. Microwave repeaters in a satellite in a stationary orbit 22,300 miles (35,880 kilometers) above Earth can reach one-third of Earth’s surface. More than one-half of the long-distance phone calls made in the United States are routed through satellites via microwaves. 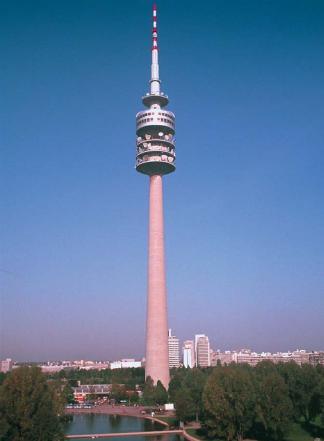 A microwave communications tower in Munich, Germany.(Reproduced by permission of

The weather and microwave communication

Raindrops and hailstones are similar in size to the wavelength of higher-frequency microwaves. A rainstorm can block microwave communication, producing a condition called rain fade. To locate incoming storms, weather radar deliberately uses shorter-wavelength microwaves to increase interaction with rain.