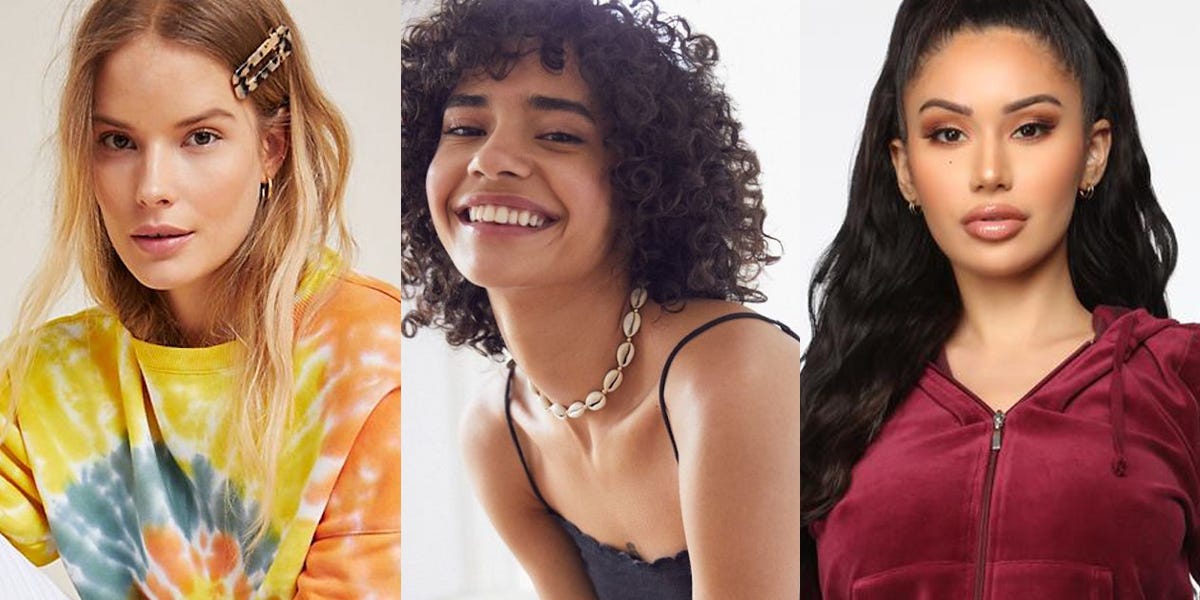 Jeffrey Campbell is one of many brands now selling heeled flip flops.Nordstrom

The fashion industry is feeling nostalgic for the early 2000s.

From Urban Outfitters to Fashion Nova, shoppers can now find clothes and accessories that look like they were plucked from the early aughts. Puka shell necklaces are available to buy online, and heeled flip flops seem to be a favored footwear choice among celebrities.

Here’s a look at some of the 2000s-inspired fashion trends that are coming back in style.

Platform sandals might not be practical, but they are popular. 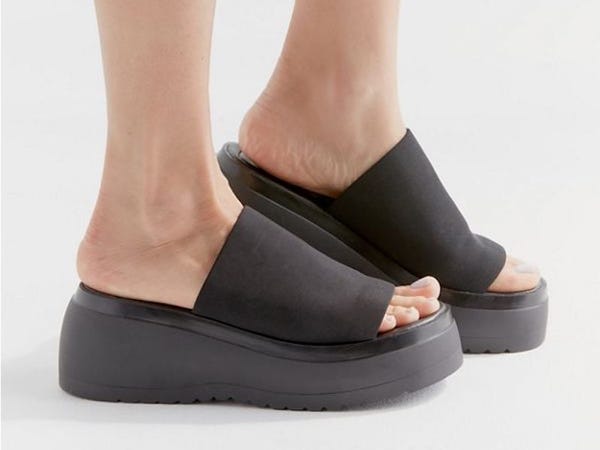 Between the ’90s and early 2000s, just about everyone owned a pair of platform sandals. Steve Madden’s classic black shoes were especially popular, known for their giant rubber soles and thick elastic bands.

Back in April, Steve Madden brought the sandals back exclusively at Urban Outfitters, and they’re still available to buy today for $70.

Button-up cardigans are making a comeback. 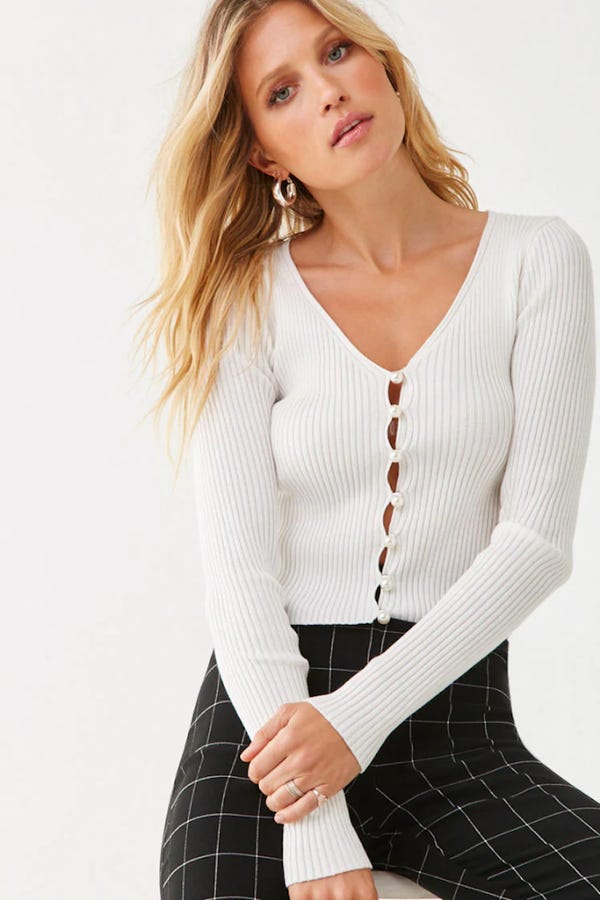 Button-up cardigans have yet to go out of style.Forever 21

Throughout the early aughts, button-up cardigans were a staple in many wardrobes. The garments were typically worn over camisole tank tops, though some people also wore them as tops.

Thanks to celebrities like Bella Hadid, the style is popular once again in 2019. Even stores like Forever 21 are now offering button-up cardigans, like the Faux Pearl Button-Front Cardigan ($25).

Celebrities can be thanked for the return of heeled flip flops. 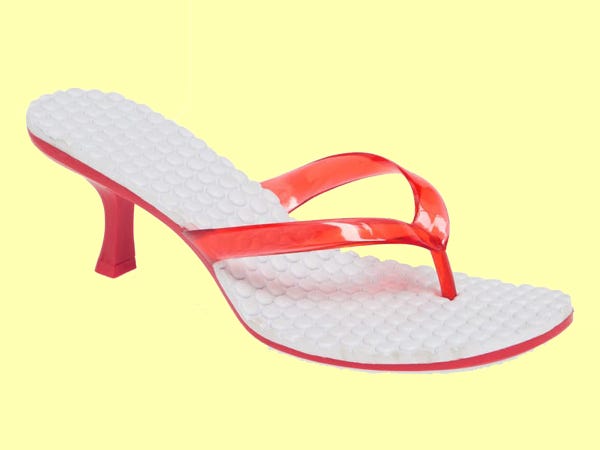 Jeffrey Campbell is one of many brands now selling heeled flip flops.Nordstrom

From Kim Kardashian West to Rihanna, celebrities can’t get enough of the divisive footwear trend. The latter star seems to be one of the first stars to bring the trend back from the 2000s, debuting heeled flip flops during the Fenty Puma By Rihanna runway show in 2017.

Since then, other stars have also donned the shoes, while brands like ASOS and Yeezy have started to sell their own versions. Designers like Jeffrey Campbell also sell versions, such as the Thong 2 Slide Sandals ($49.95) pictured above.

Read more: Celebrities like Rihanna and Kim Kardashian are bringing high-heeled flip flops back from the early 2000s

Velour tracksuits have been sliding back into fashion since 2018. 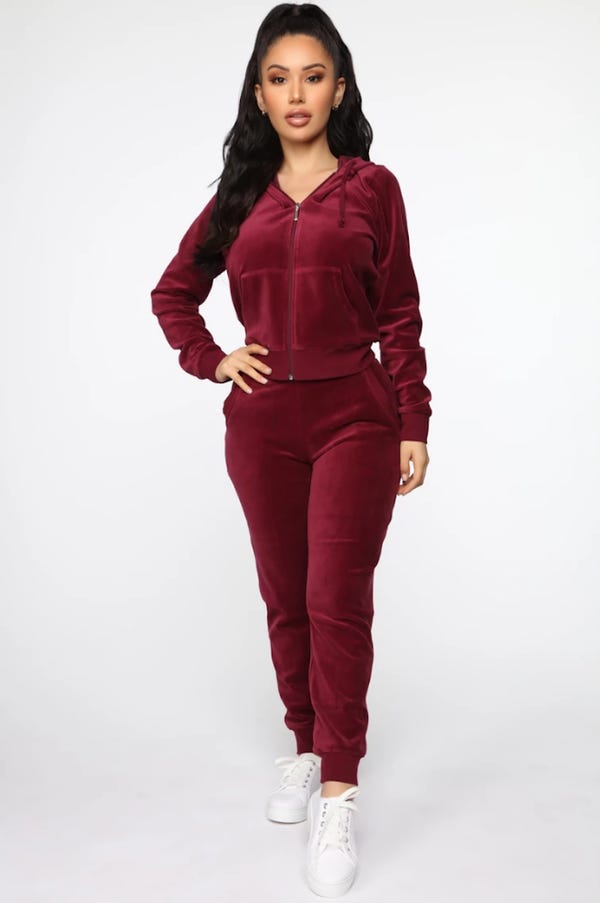 Once a status symbol of the early 2000s, neon tracksuits are now a nostalgic nod to fashion of the past. The two-piece sets started to come back last year, and now it’s common to find retailers such as Fashion Nova selling pieces like the Original Trendsetter Velour Set ($29.99).

Necklaces made from seashells are no longer a thing of the past. 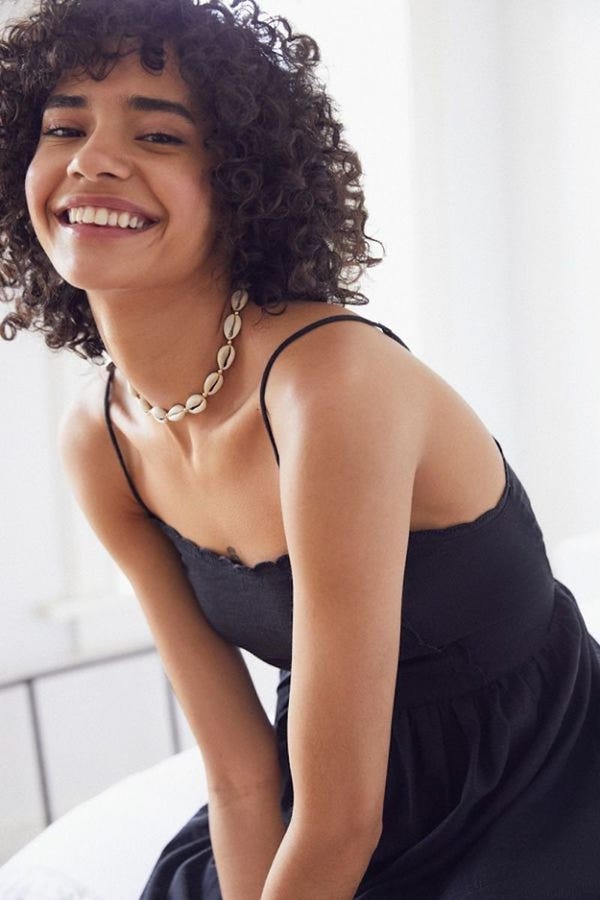 Seashell necklaces have been popular for decades.Urban Outfitters

While celebrities bring back trends they previously wore 10 years ago, members of Gen Z are taking ownership of styles created before they were born.

For example, VSCO girls are known for wearing necklaces made from seashells, which were first popular between the ’90s and 2000s. Retailers such as Urban Outfitters are capitalizing on the trend with items like the Pacific Palms Shell Necklace ($18).

Tie Dye is one of the brightest trends returning from the early aughts. 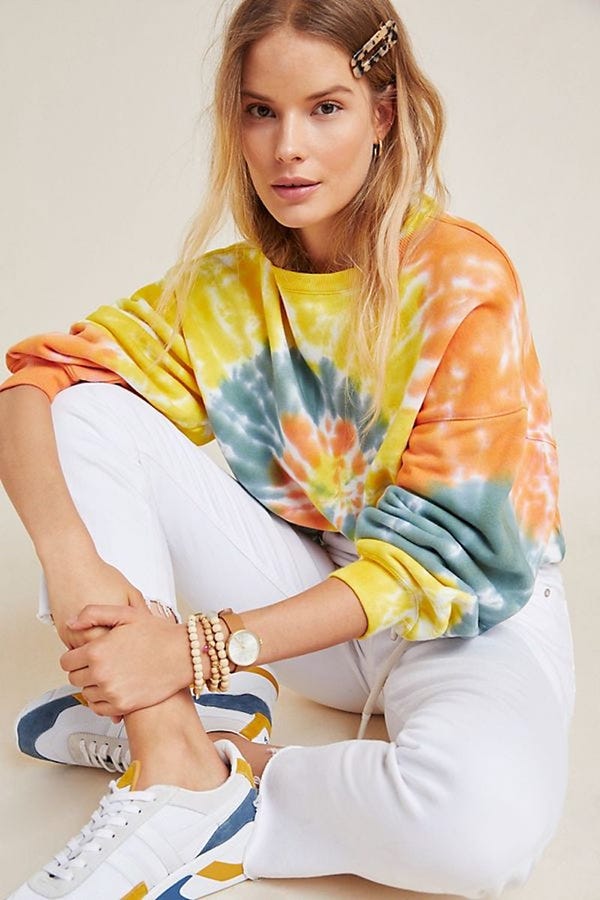 America’s political climate might be responsible for the return of tie dye.Anthropologie

Arguably one of the best things about tie dye is that it can be worn in numerous ways, from T-shirts to accessories. Thanks to its versatility — as well as a hectic political climate — the print is now back in style. Anthopologie’s AGOLDE Richie Tie-Dyed Sweatshirt ($158) is just one example on the market.

Like tracksuits, tube tops have been making a quiet return to the fashion industry. 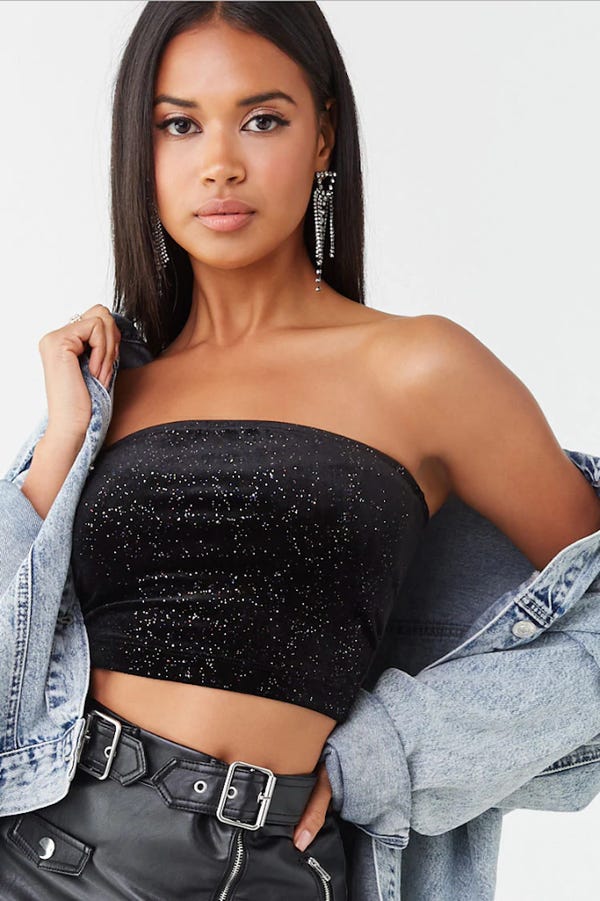 Tube tops can be dressed up or down depending on the occasion.Forever 21

Last year, tube tops began popping up in stores and online. Celebrities also put their own twists on the style, bringing back a trend that is still going today. Not only is Forever 21 selling versions of the top — like the Velvet Glitter Tube Crop Top ($9.99) — but so are brands like ASOS, Revolve, and H&M.

Colorful lenses are still proving to be trendy. 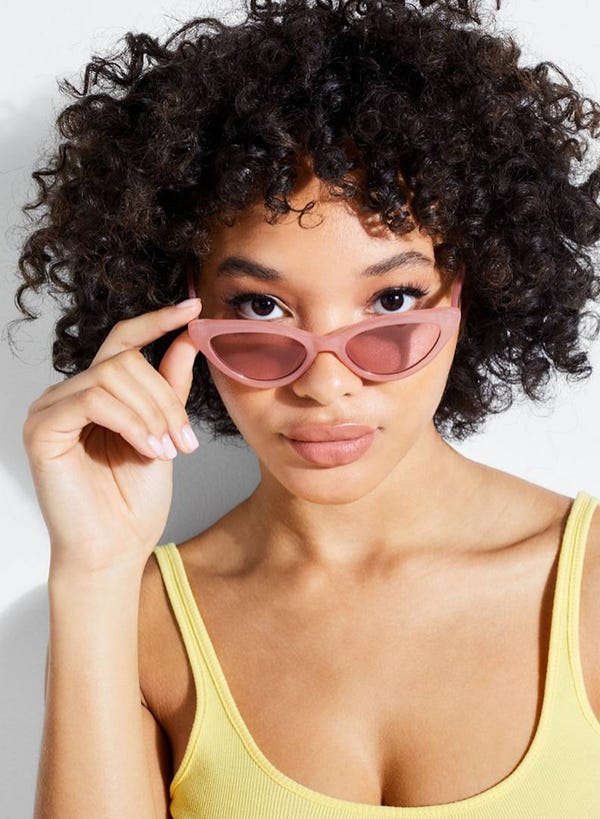 While colorful frames have long been popular, vibrant lenses go in and out of style.Guess

If you miss the oversized, colorful sunglasses of the early aughts, don’t fret. Colored lenses are back in style, with brands like Opening Ceremony and Guess — which sells the Originals Pink Cat-Eye Sunglasses ($49), pictured above — offering versions of the look.