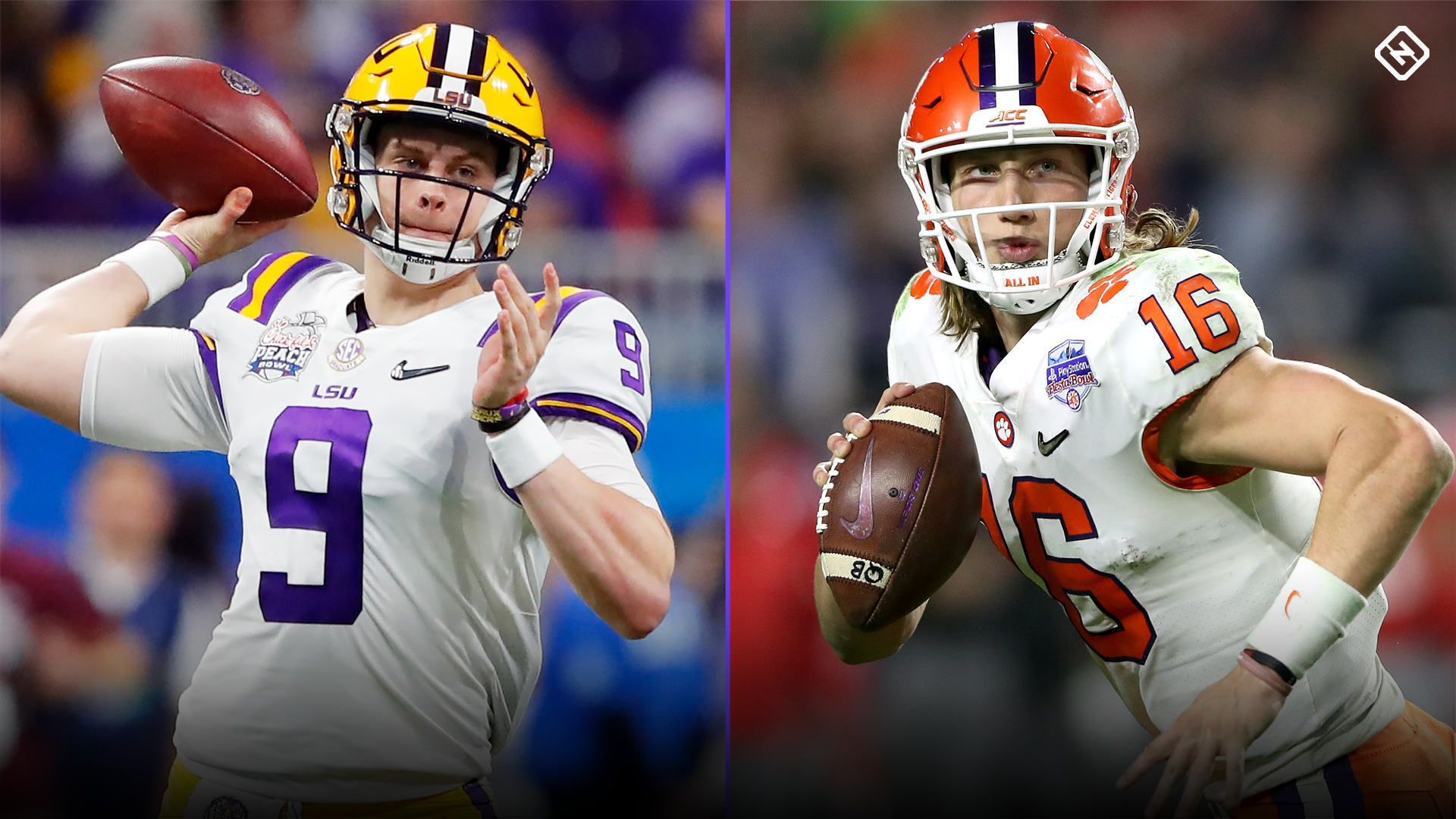 Clemson advanced to the championship game through an oft-criticized ACC schedule, though the Tigers did score a thrilling 29-23 victory against Ohio State in the Fiesta Bowl semifinal. Trevor Lawrence led the game-winning drive and has the chance to lead a second national championship run with coach Dabo Swinney. Clemson is on a 29-game win streak.

LSU will be close to home for this title game, part of a season where the program has been revitalized with a new-look offense that led to a Heisman Trophy run for Joe Burrow. Ed Orgeron has guided LSU through a tough schedule, including wins over six top-10 teams, and this is the last piece.

Here’s everything to know about betting on LSU vs. Clemson, including updated odds, trends and our prediction for the 2020 College Football Playoff championship game.

LSU is a 5.5-point favorite, according to odds at BetOnline.ag. The line opened at 66.

— This is just the second time Clemson has been an underdog the last two seasons: The last time that happened, Clemson beat Alabama 44-16 in the championship game. Clemson is 8-2 against the spread and 6-4 straight up as an underdog since the Playoff started in 2014.

— LSU is 9-5 against the spread this year, but it covered in all three games that had a single-digit spread. Those were victories against Texas (-6.5), Alabama (+5) and Georgia (-7).

Burrow didn’t shy away from the Playoff spotlight against Oklahoma. He set several CFP records with 493 passing yards and eight total touchdowns. Will that continue against the top pass defense in the FBS? The schematic matchup between LSU offensive coordinator Steve Ensminger and passing game coordinator Joe Brady and Clemson defensive coordinator Brent Venables will be fascinating, but it comes down to whether Clemson’s pressure lands on Burrow, who took 29 sacks this year. The second part of that is whether Burrow escapes the pressure. This is going to be fun to watch.

Who takes momentum before halftime?

Lawrence is 25-0 as a starter, and he had an up-and-down game passing against Ohio State before a 94-yard drive for the go-ahead touchdown. Lawrence beat the Buckeyes with 16 carries for 107 yards and a touchdown: another added dimension to his game. Lawrence will test an LSU defense that ranked 56th in the FBS but also features All-Americans Grant Delpit and Derek Stingley Jr. in its secondary. Justyn Ross and Tee Higgins combined for 80 receiving yards against the Buckeyes. They will need to get more against LSU.

Clemson is 17-0 when Travis Etienne has 100 or more yards rushing, but it was his playmaking ability in the passing game that made the difference against Ohio State. He had three touchdowns in last year’s romp against Alabama, and the Louisiana native will look for another big game. LSU, meanwhile, is 8-0 when Clyde Edwards-Helaire rushes for 100 yards or more; he had an extra week to rest a hamstring injury that limited him in the victory against Oklahoma. Which run defense can prevent the big play?

This should be a classic, and neither Burrow nor Lawrence will disappoint. LSU will grab that momentum in the second quarter behind two touchdown passes from Burrow, who will evenly distribute the ball to his talented receivers. Clemson will rally in the third quarter behind big plays from Lawrence and Etienne, but Burrow — like he did against Alabama — will close the door with a pair of touchdown drives in the fourth quarter. LSU hangs on and becomes the fourth different school to win a CFP championship.