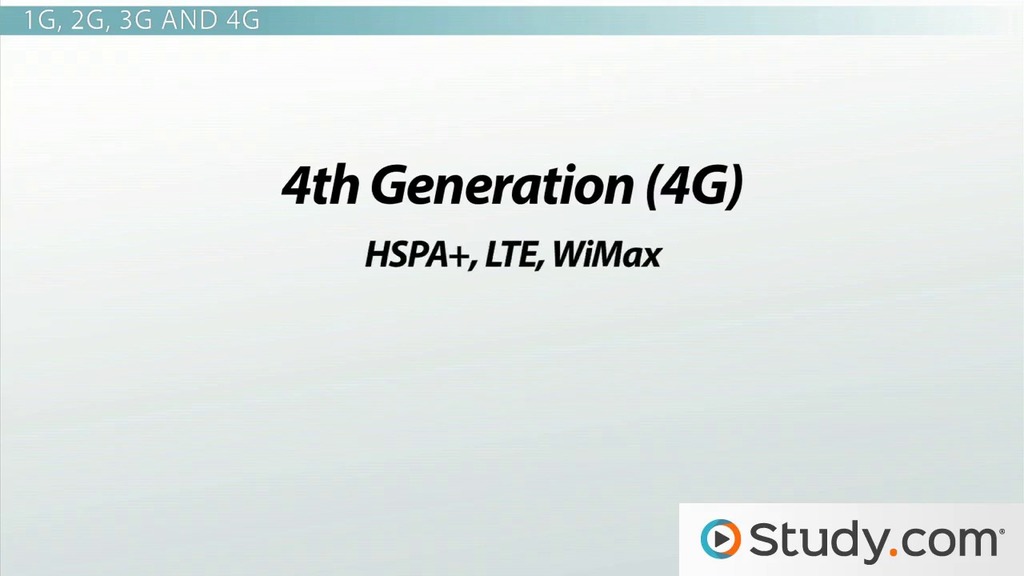 Let’s say you’re planning on moving to a new house on the outskirts of the city. You’re a little worried about whether you will be able to get wireless Internet on your mobile phone service at your new home. So, you go to a local electronics store to get some advice. Here are some of the options: 2G, 3G, WiMAX, satellite phone and satellite Internet. So what does that all mean? Time for a closer look at wide-area wireless communications.

Microwaves are high-frequency signals in the 300 MHz to 300 GHz range. The signals can carry thousands of channels at the same time, making it a very versatile communication system. Microwaves are often used for point-to-point telecommunications, which means that the signal is focused into a narrow beam. You can typically recognize microwave-based communication systems by their use of a large antenna, often in a dish format. This is in contrast to radio signals, which are typically broadcast in all directions. Radio signals operate in the 3 Hz to 300 MHz range.

Microwaves are also used in – you guessed it – microwave ovens. These microwaves, however, are quite different from those used in communication systems. First, the microwaves have a much higher power level so they can heat your food. Second, the signal doesn’t carry any information because you’re not trying to tell your lasagna something.

Mobile phones have become one of the most widely used wireless communication devices. You probably use one every day and don’t think too much about how it actually works – except when it doesn’t work.

So, how do mobile phones work? A mobile phone or cell phone is very much like a two-way radio; you can wirelessly send and receive information. There are a few major components to the mobile phone system. These include cell towers, network processing centers and the actual phones themselves.

Communications within a cellular network are made possible by cell towers. Your mobile phone establishes a wireless connection using electromagnetic waves with the nearest cell tower. This is a two-way connection, meaning you can both send and receive information. The cell tower has a wired connection to the telephone network. This makes it possible for you to connect with any other telephone in the world.

As you move about your day, your wireless connection will jump from one cell tower to the next depending on where you are. This makes it possible to maintain a connection even if you travel great distances. The transmission distance of cell towers is in the order of several kilometers, so cell towers are placed close enough together for their signals to overlap. The area covered by a single cell tower is referred to as a ‘cell’ or ‘site.’ A large metropolitan area may have hundreds of cells to cover the entire region.

If you are in a remote area far from the nearest cell tower, your phone will lose its connection to the network. These are the dreaded ‘dead zones’ without service. You may also lose service if you are in a location where signals have difficulty penetrating. This includes metal and concrete – and this is why you often lose reception in an elevator or in an underground parking garage.

Anywhere else your phone doesn’t work? You got it – in an airplane at 30,000 feet. The cellular network uses ground-based towers, so as soon as you get in the air, you’re going to lose the signal.

Third generation, or 3G technology, was developed around the year 2000 and is able to carry a lot more data. In fact, 3G does not refer to a specific technology but to any network technology that provides a data transfer rate of at least 200 kilobits per second. A number of different 3G technologies exist, including upgraded versions of 2G technologies as well as some new ones.

Each generation of technology uses different communication protocols. This includes details on which specific frequencies are being used, how many channels are involved and how information is converted between digital and analog. Different protocols means that with each generation, all the hardware needs to be upgraded, including the cell towers, network processing centers and the phones themselves. Different technologies within a single generation are also not always compatible, which means that you cannot assume you can use your 3G phone in a different country.

As of 2013, fourth generation, or 4G technology, is under development, including HSPA+, LTE and WiMAX. 4G promises to deliver higher data transfer rates, approximately 10 times faster compared to 3G. These speeds are competitive with broadband Internet services available in homes and offices.

While 4G is still under development, there has been a tremendous growth in data transfer over cellular networks. If you are like most smartphone users, you check email, upload photos and download videos. With around six billion mobile phones being used as of 2013, this means a whole lot of network traffic.

One of the 4G technologies is WiMAX, or Worldwide Interoperability for Microwave Access. WiMAX is a standard for metropolitan area networks. It is similar to WiFi but works over greater distances and at higher transmission speeds. This means you need fewer base stations to cover the same area relative to WiFi.

WiMAX is not only an example of a 4G cellular network technology; it can also provide direct Internet access to metropolitan areas. It can be used to reach areas that are currently not served by phone and cable companies.

WiMAX consists of two components: towers and receivers. WiMAX towers are similar to cell towers, and the signals can cover a large area. WiMAX receivers can be installed into mobile computing devices, similar to a WiFi card or at fixed locations in homes and offices.

Over 79,000 lessons in all major subjects

Computing devices connect to WiMAX in two ways. The first option is to connect directly to the WiMAX signal using a built-in receiver. The signals for this operate in the frequency range from 2-11 GHz. This is similar to WiFi, but the range of the WiMAX signals from the tower is much greater, somewhere in the 5-10 kilometer range.

The second option is to use a fixed WiMAX receiver installed in a home or office. This provides a direct line-of-sight connection to the signal from a WiMAX tower at a frequency of around 66 GHz. This much higher frequency can carry a lot more data. The signal can also travel much further, up to 50 kilometers. Once the signal is received at the home or office, a local wired or wireless network provides Internet access.

WiMAX has already been adopted in many countries and is quickly growing. WiMAX is particularly useful for areas where broadband Internet access using cable is not available, for example in remote areas.

Dedicated systems have been created for satellite phone communications. These really allow you to make a phone call anywhere in the world, far away from any cell towers. For example, let’s say you are pursuing your dream of sailing around the world. Don’t bother bringing your cell phone. Making a call to check in with mom is going to require a satellite phone.

Satellite phones are very similar to regular mobile phones, but often have much larger antennas to pick up the weaker satellite signals. They also tend to be more expensive, and there are only a few global providers to choose from.

There is one other specific satellite system that has become very popular: the Global Positioning System, or GPS. A GPS unit is an electronic device that receives signals from a collection of GPS satellites and uses this information to calculate your location. This works anywhere on the planet in any weather condition. This makes it great for traveling to remote areas, such as going for a hike in the mountains or crossing the ocean in your sailboat.

In contrast to cell phones and satellite phones, GPS is a one-way radio system. You use a GPS unit to receive signals from the satellites, but you don’t send anything back. GPS has become very popular and also relatively cheap. As a result, almost every modern smartphone has a GPS chip built into it.

Satellite signals are typically weak in comparison to other signals, such as cell phone and WiFi signals. This means you may not get good reception indoors, and you typically need a direct line-of-sight to the satellite in the sky. For example, if you want satellite Internet in your house, you’re going to need to place an antenna outside – typically in the form of a dish pointing directly at the satellite. A dish antenna makes it possible to receive and send microwaves from and to one particular direction.

Cellular networks provide wireless communications for mobile phones. Technology has developed from first generation to fourth generation, providing increased data transfer speeds. This makes it possible for you to check your email, download videos and upload photos all from your smartphone.

WiMAX provides wide-area wireless Internet. While it is similar to WiFi, it can reach much larger areas. It is particularly useful for areas not currently serviced by telephone or cable companies.

Satellite communications provide wireless communications with global coverage. Dedicated systems have been developed for satellite phones and satellite Internet access. The global positioning system makes it possible for a handheld receiver to determine your location based on satellite signals.

When this lesson has been viewed, you might have the ability to: